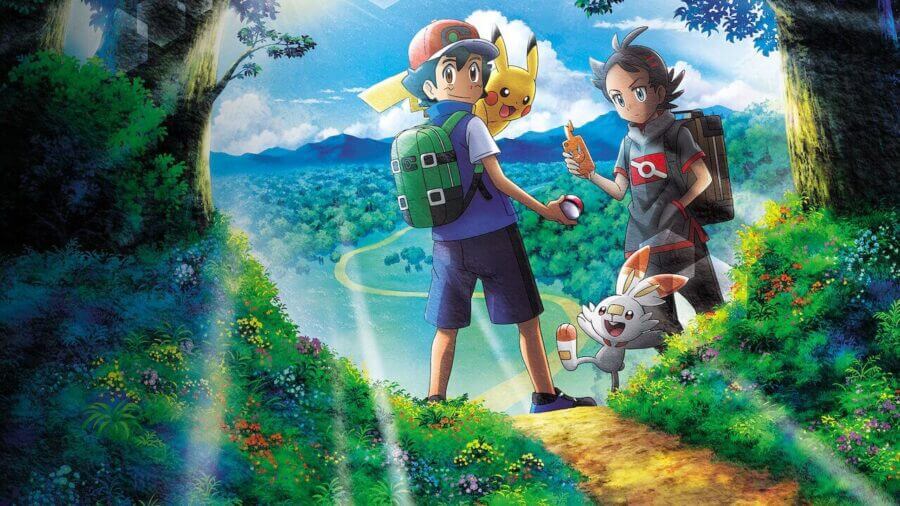 Pokémon Journeys will be returning to Netflix just in time for Christmas with a new batch of episodes dropping on Netflix but only in the United States in December 2020.

As a reminder, Netflix picked up the exclusive US rights to Pokemon Journeys earlier in 2020. The series airs first in Japan on TV Tokyo before arriving on Netflix in batches (or parts as Netflix refers to it as). As mentioned in the original press release, new episodes would be arriving quarterly on Netflix but only in the US.

So far, two batches of Pokémon Journeys have hit Netflix so far with part 1 arriving in June 2020 and part 2 arriving in September 2020.

Now, part 3 which consists of another 12 episodes are set to arrive on Netflix US on December 4th, 2020.

As of the time of publishing, only a few titles are lined up for December 2020 on Netflix US with Pokemon: Journeys currently headlining the kids/anime lineup.

Here’s what you can expect going into the new batch of episodes:

“In a World Coronation Series Ranking Match, Satoshi comes face to face with an old opponent and friend: Gym Leader Corni and her Lucario! It’s a two-on-two battle, with Satoshi’s Gangar and Kairyu vs. Corni’s Kojondo and Lucario! Satoshi and his new team of Pokémon must find a way to battle through and emerge victorious, while Go sees Mega-Evolution for the first time.”

Once part 3 arrives, part 4 which is currently airing in Japan will likely arrive in March 2021. That’s set to consist of 11 episodes and wrap up season 23 of the series. The final episode airs in Japan on November 27th, 2020.

As for whether Netflix will be getting season 24 (or season 2 to keep it simple for Netflix) is yet to be seen. It’s expected that the season was delayed due to COVID-19 but whether it can air at some point in 2021 is still up in the air.

If you do live outside the US, a large collection of Pokemon content can be found on Netflix around the world as we’ve highlighted.

Are you looking forward to more Pokemon Journey episodes on Netflix? Let us know in the comments down below.