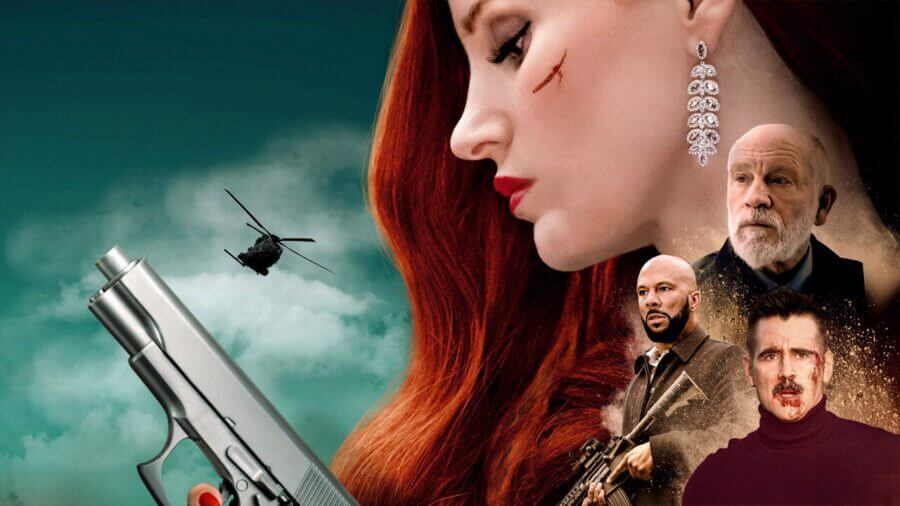 Ava, an action thriller starring Jessica Chastain will be making its SVOD premiere on Netflix in December 2020 we’ve learned with the movie set to premiere on December 7th, 2020.

Chastain’s role is as an elite assassin who gets a job that eventually goes sideways putting her life and her estranged family at mortal danger.

Ava has split audiences and critics thus far. It currently holds a rating of 19% on RottenTomatoes and 39 on Metacritic.

The movie has already been available in some form since the summer with its PVOD debut on DirectTV summer at the end of August 2020. It also went onto to release on other VOD platforms by the end of September with a limited theatrical run in some instances too.  The movie to date has only managed to nudge just over $3 million at the box office to date although with COVID-19 that number is hardly surprising.

Now, multiple regions of Netflix are set to receive the movie including the United States and the United Kingdom. Both Netflix regions will see Ava drop on December 7th, 2020.

This could also be a positive sign that After We Collided, another title from Voltage Pictures could come to Netflix although the distributor is Open Road Films for that movie opposed to Vertical Entertainment like the first movie.

If you want to get notified of the movie on release, you can do so by setting a reminder via the Netflix page which is currently live.

If you’re looking for what else is coming to Netflix in December 2020, we’ve currently got preview lists for the United States and the United Kingdom.

Are you looking forward to watching Ava on Netflix? Let us know in the comments down below.