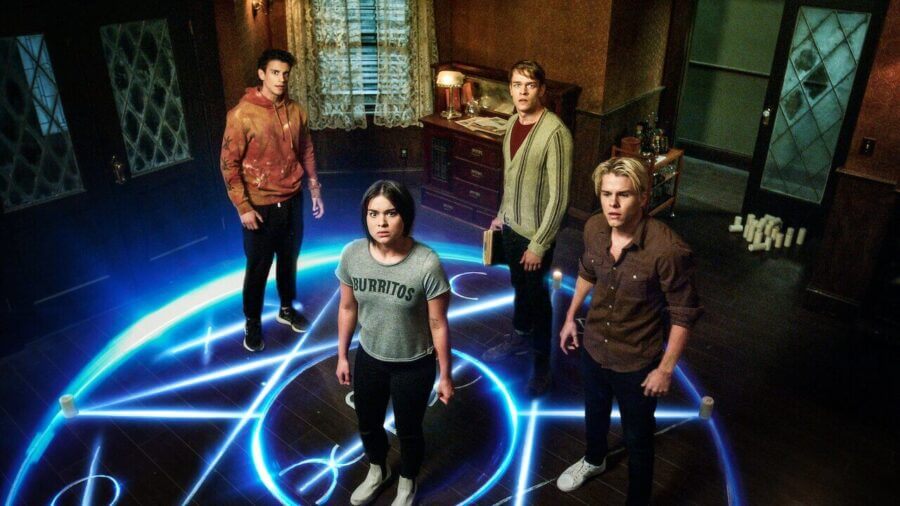 Season 2 of The Order dropped on Netflix back in the summer of 2020 but now heading into the last couple of months of 2020 its looked like things are not bright for The Order. After our report on the props going up for sale for the show, the screenwriter for the series confirmed in November that season 3 of The Order will not be coming to Netflix and that the show had been canceled.

First arriving in March 2019, we didn’t expect much of The Order, but it exceeded our expectations when it was renewed for a second season. Realistically we shouldn’t have been surprised, the series plays right into the hands of teen viewers, who typically adore supernatural dramas like The Order.

Editors note: this post was originally published on June 23rd, 2020 but has since been updated.

COVID-19 has also thrown a spanner in the works for many shows in 2020. We’ve seen filming delays and other issues that has led to the cancelation of many shows so far in 2020 including The Society and many feared that The Order would be following suit.

At virtual comic-con that took place over the summer in lieu of San Diego Comic-con, Chad Oakes had expressed his thoughts that we would’ve heard something official by the end of summer 2020.

In October 2020, we were alerted to a significant number of props from the show going up on auction. This is usually a bad sign for shows and signaled to us that the future may be in jeopardy. 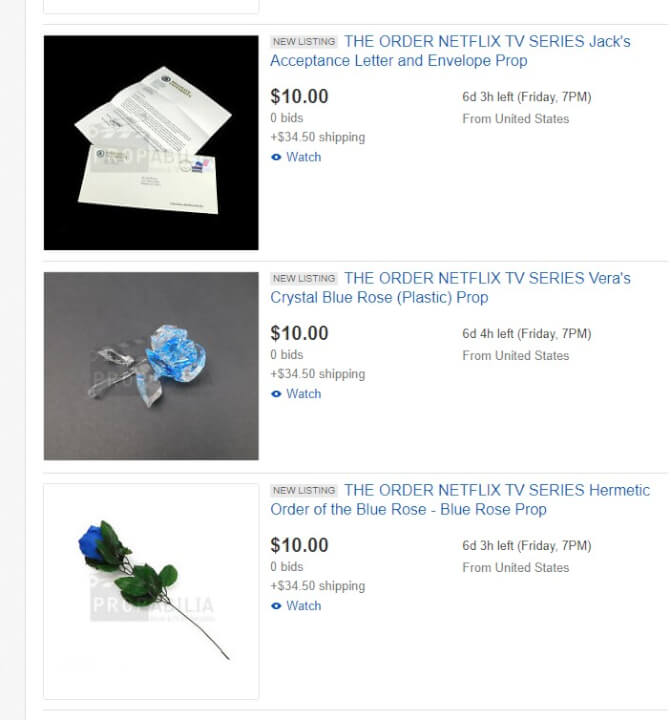 Then, fast foward to November 2020, Dennis Heaton who serves as one of the screenwriters on the show confirmed what many had suspected. Season 3 of The Order would not be happening. In a Tweet, the writer said:

“For two seasons I was honored to work with an incredible cast and crew on The Order for Netflix. It is one of the best experiences of my career. Unfortunately, we aren’t returning, but I will always cherish the memories and the props I stole. Thank you all for watching.”

Heaton then followed up with a bit of a consolation for fans about where the story could’ve head next:

PS – Jack was totally going to raise Alyssa from the dead, but she was going to come back wrong. Like, Pet Sematary wrong. Probably possessed by Zecchia. And a whole bunch of other corpses were coming back with her.

Katherin Isabelle later followed up with a statement on Twitter saying “thank you for making this such a beautiful experience.”

Sorry it took this long to tell you guys but The Order will not be returning. We are incredibly grateful to have had the 2 insanely fun seasons we did. And we are now a family forever. Cheers Acolytes, thank you for making this such a beautiful experience 🖤🖤🖤 pic.twitter.com/8ENLvssfxH

What we wanted to see from season 3 of The Order

In the climactic season 2 finale, we were left with many questions for what could happen in the third season.

*SPOILER WARNING FOR THE ORDER SEASON 2*

Gabrielle, possessed by the werewolf Midnight, murdered Alyssa in the dying moments season 2. The last we saw of Alyssa was her lifeless corpse being carried into the woods by Jack, who was also carrying the Vade Maecum.

The Vade Maecum houses some of the most powerful magic in the world, in particular, the literally most powerful incantation in existence. With such a powerful magical totem in his possession, Jack may find a way to resurrect Alyssa from the dead.

If Jack can successfully bring Alyssa back from the dead, there’s every chance that the missing Werewolf hide Alpha could bond with Alyssa, making her a werewolf. She already had a close bond with Salvador Grant, the previous champion of Alpha, and a like-minded individual may just be the champion the werewolf is looking for.

Can Gabrielle escape the clutches of Midnight?

As the champion of Midnight, Gabrielle is at the mercy of the werewolf’s desire to destroy Jack and Silverback, not to mention anyone that threatens The Knights of Saint Christopher. After Midnight murder Alyssa, Gabrielle was found in the woods by Randal, comforting her as she was clearly distressed by Alyssa’s death.

The Knights of Saint Christopher may be able to remove Midnight from Gabrielle, as this was previously done to Jurgen Sawyer and Silverback. If the Vade Maecum continues to be a threat, Midnight himself maybe even willing to sacrifice himself to ensure that the magical totem cannot be used.

Can Lilith return to “hell”?

After being ‘rescued’ by The Knights of Saint Christopher, Lilith has shown her displeasure of being removed from her home. Lilith’s near demonic presence could bring a lot of trouble next season, especially if she is intent on returning to the dimension she was just removed from.

Lilith is back and she down right angry about that – Copyright. Nomadic Pictures Entertainment

Will Vera retrieve her magic from Alyssa?

After the death of Salvador Grant, Alyssa took away Vera’s magical powers until she was granted access to the incantation Foris Factorum. After sealing away the eruption, with the help of Vera, Alyssa was able to stop a disaster from happening.

After being attacked by Midnight, Alyssa was unable to give Vera back her magical powers. With the former now considered to be dead, Vera is now magicless and unable to retrieve her power. She’ll either have to step down as a Grand Magus or by nefarious means somehow retrieve her powers.

Which cast members would’ve been returning for the third season of The Order?

Despite her character being dead, we fully expect to see Sarah Grey return to reprise her role as Alyssa Drake,

After the events of the second season we can expect to see the following cast members return for season 3:

Would you like to see a third season of The Order on Netflix? Let us know in the comments below!