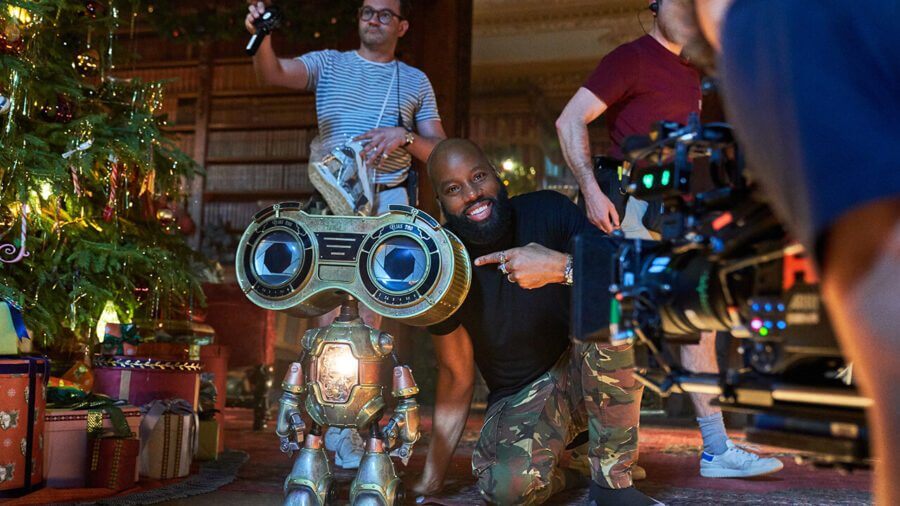 Jingle Jangle was Netflix’s huge new family Christmas adventure for 2020 and featured a huge array of VFX and we managed to speak to several of the team behind the movie’s VFX and asking them some questions. Here’s what we found out.

In case you missed it, Jingle Jangle is the new holiday movie from Netflix starring Forest Whitaker, Keegan-Michael Key and Hugh Bonneville.

Q: Do you have to take a different approach to Christmas titles than other titles spread throughout the year? How do you capture the essence of Christmas in CG?

Capturing the joy and wonder of the holidays is key when designing CGI for a Christmas film. The VFX team and I would look at every aspect of the visuals and ask ourselves if they resonated on an emotional level. We were always searching for animated character performances that felt true and honest to the holiday spirit. In that sense, everything we created was heightened and stylized in a way that fit with the tone, the themes and the music of Jingle Jangle.

Q: What have you been watching recently on Netflix? Any VFX heavy shows/movies you’d enjoyed?

My wife and I thoroughly enjoyed Eurovision Song Contest: The Story of Fire Saga! Not many VFX, but a great watch nevertheless.

Q: Can you talk us through any CG in the movie that we might not necessarily consider to be CGI?

People might not have noticed that in some of the flying scenes of Journey and Jeronicus, we had to replace a portion of the actors bodies.  In some scenes 50% of their body is CGI, we had to use digi-doubles in order to paint out the wire rigs that were holding them in the air.  This allowed us to get their result.

Q: What have you been watching recently on Netflix? Any VFX heavy shows/movies you’d enjoyed?

I just started watching season 2 of “The Umbrella Academy” and I can say it’s one of my favorite shows on Netflix at the moment.  Love the characters and the story!  The VFX are fantastic!

Q: Buddy is an adorable character that we were instantly connected to – how do you bring a character like this to life?

The key was to embody a child-like essence inside Buddy’s mechanical being. Because Buddy was conceived by the young character Jessica, as a playmate, it was essential that we treat Buddy with the natural qualities of a child. We first studied plenty of references (mostly of our crew’s children!) and settled on a gentle behaviour that often mimicked Journey’s own movements. By creating performances that imbued innocence and curiosity, and sometimes clumsiness, Buddy became naturally appealing. It sure helped that Buddy’s design included a large head and eyes!

While it was difficult to achieve the subtleties we’re accustomed to seeing on a human face, we utilised Buddy’s mechanical parts to create a simple, but expressive face. In the end, we hope the audience connects with sweet Buddy.

Q: And finally, we always ask what you’ve been watching recently on Netflix? Any VFX heavy shows/movies you’d enjoyed?

I just watched ‘Over the Moon,’ directed by Glen Keane. As it so happens, Glen and I both worked at the Disney Animation Studios years ago, and I was curious to see his directorial debut. The film was beautiful – very well crafted. Hats off to their team, who created a gorgeous, original film.

Q: One of the things most people are going to come away from the movie amazed by is that the stop-motion segments are actually full CG. How do you achieve this? Is it harder to replicate another type of animation?

Ha, we’re all happy that people have bought into the ‘realness’ of the sequences, and that it seems to have fooled some people. Our main goal was for it to not feel CG, and to be grounded in the same world as the rest of the film. Believability and tangibility were key for us, and we approached it as if Jeronicus Jangle himself had hand made this whole world. 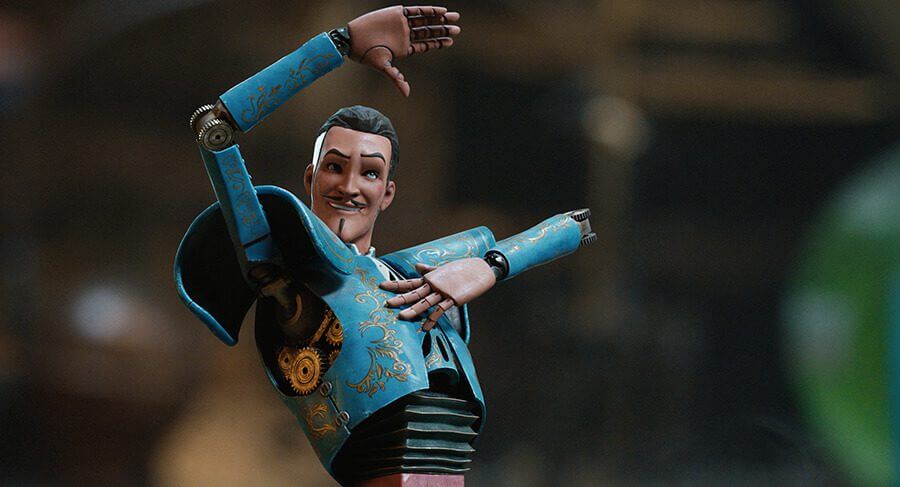 While we thought about stop motion techniques, that wasn’t actually how we went about animating our scenes. In keeping with the films toy making inventiveness, we made each movement, be it for building, prop or character, feel like its driven by cogs, gears, pulleys and wires, with the characters acting like tiny elaborate automatons. So the whole thing is played out before you, an intricate clockwork dollhouse with its miniature wooden cast. This was a fun challenge, and we set ourselves many rules in achieving a level of believability, but I’m most pleased with how our artists and animators really make you emphasise and feel for these tiny dolls and how it progresses the story.

Q: And finally, we always ask what you’ve been watching recently on Netflix? Any VFX heavy shows/movies you’d enjoyed?

No time for TV! Although The Good Place & Community on Netflix have kept me sane during this crazy year. Make the Community movie already Netflix!

With thanks to Framestore for their time for these questions and you can find a lot of their work on other Netflix Originals. More recently they provided VFX work on Netflix’s The Crown but have also worked on other titles like Project Power (we interviewed them for that) plus they’re involved in the upcoming movie with George Clooney, The Midnight Sky.