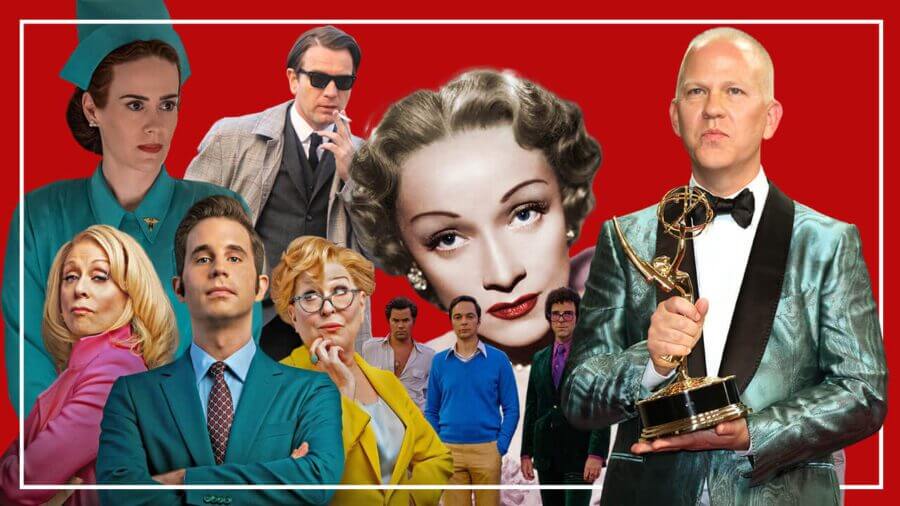 Ryan Murphy is perhaps one of the most prolific producers in Hollywood right now and mostly working on new content for Netflix under pre-existing projects and his big overall output deal. Here are all the projects Murphy is currently working on for Netflix coming to Netflix in 2020, 2021, and beyond.

As you may know, Ryan Murphy is a prolific TV executive and writer behind some of the past decade’s biggest shows. Many of his shows are streaming on Netflix but from February 2018 the writer/producer signed with Netflix has been producing new content exclusively for Netflix from July 2018.

There are also quite a few Ryan Murphy projects outside of Netflix that still come to Netflix. American Horror Story still gets annual updates as part of his old FX deal. POSE and American Crime Story also get added to Netflix in a timely manner too.

Here’s the rundown of every Ryan Murphy project that’s come to Netflix exclusively thus far. Those marked with asterisks aren’t part of his Netflix deal.

Here’s every Ryan Murphy project coming to Netflix over the next few years that have been announced.

Please note: this is a live article and will be updated over time. Last updated: November 2020.

The first season of Ratched has undoubtedly been the biggest title to come to Netflix from the writer exclusively thus far. It smashed expectations.

When the series was originally announced after an intense bidding war, Netflix gave the series a two-season order meaning that Nurse Ratched is definitely returning to our screens in the near future.

Another limited series Ryan Murphy is working on is on the late fashion designer Roy Halston Frowick who rose to international fame during the 1970s and is still an icon to this day.

It’s not Murphy’s first venture into the world of fashion with season 2 of American Crime Story covering the late Gianni Versace.

The series is set to feature Ewan McGregor who is a well-known actor having starred in Moulin Rouge!, Star Wars, Trainspotting as well as a recent season of Fargo from FX. He will be playing the role of Halston.

Aside from Murphy’s involvement, Daniel Minahan is set to direct with Sharr White writing.

Much like American Crime Story, the title of Monster allows this series to be spun out for future miniseries too although we may be jumping the gun a bit.

A Chorus Line first debuted as a movie back in 1985 but was originally a Broadway musical. In this new limited mini-series set to consist of 10 episodes adapts it for the modern-day and age.

“Centered on seventeen Broadway dancers auditioning for spots on a chorus line, set on the bare stage of a Broadway theatre during an audition for a musical. Based on the Broadway musical.”

If you’re looking for more information on the original Broadway musical providing some excellent context, check out TheaterMania’s article.

This series will be similar in premise to the aforementioned Halston series in being a biopic limited series based on a famous figurehead.

Jessica Lange is set to play the role of Marlene who recently featured in The Politician in its first season.

At this stage, it’s expected the series is in very early development but it’s been said that the series is set in Vegas during the early 60s at the prime of Marlene Dietrich’s career.

Announced back in May 2018, this new anthology series that will ride the wave of the #MeToo movement will examine stories of sexual harassment in the workplace specifically during the movement.

Each episode would recount a new story with a different director. One of the episodes is expected to cover an account of what happened at the Weinstein Company and one that covers the allegations against House of Card’s actor Kevin Spacey.

Andy Warhol was a prolific American artist and his life will be celebrated and documented in a 10-part “flashy” series.

Beyond Murphy’s involvement, that’s all we know so far.

Ryan Murphy constantly dips his toes into the musical space with Glee being the biggest title in the genre. This adaptation is of the hit Broadway show including songs sung by Ariana Grande, Meryl Streep, and James Corden.

Here’s the official synopsis for the show:

A troupe of hilariously self-obsessed theater stars swarm into a small conservative Indiana town in support of a high school girl who wants to take her girlfriend to the prom.

The Legend of Georgia McBride

This will be the third major play adaptation to come from Ryan Murphy and is being produced alongside Todd Spiewak and Eric Norsoph.

The movie will follow an expectant father fired from his job and looking to break into the entertainment industry as a drag artist. Jim Parsons is currently attached to star.

Janet Mock will be spearheading this project that has Ryan Murphy producing. It’s based on the journalist Janet Cooke who won a Pulitzer Prize in the early 1980s with her piece, Jimmy’s World but quickly got into trouble over it.

Blumhouse alongside Ryan Murphy will be taking a stab at adapting the Stephen King novel of the same name. Netflix has adapted a multitude of different Stephen King novels but none with the horror experts at Blumhouse.

John Lee Hancock is attached to the project too and comes from the collection of stories If It Bleeds (this could indicate more coming in the future) and is about boy who befriends a man who after passing can still communicate with his via his mobile phone.

Before we leave you, we just want to wrap up with some other points, rumors or projects that have been announced but we don’t know enough to feature them above.

What Ryan Murphy project are you most looking forward to on Netflix? Let us know in the comments.