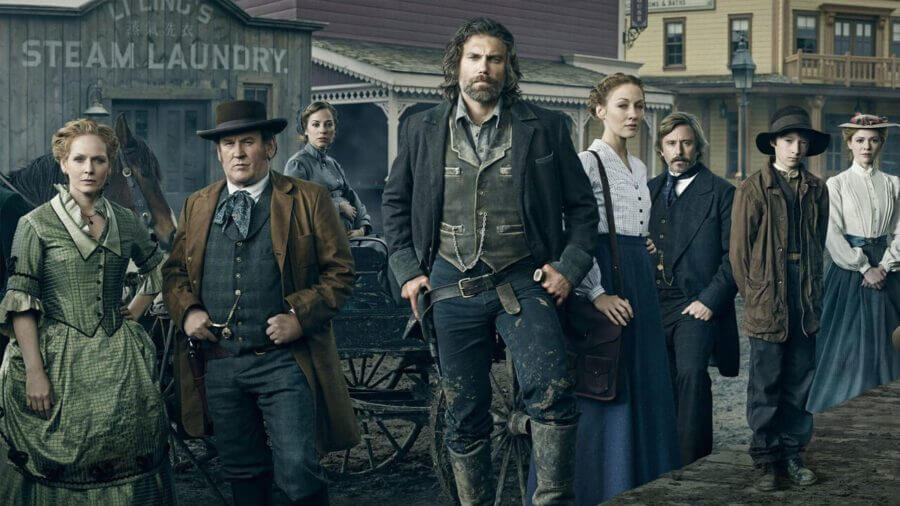 Among the many high profile departures from Netflix in December 2020 will be a lesser talked about series from AMC, Hell on Wheels. All five seasons of the series will depart at the end of December.

Set in the mid-1800s, Hell on Wheels was a popular Western series that aired on AMC between 2011 and 2016. The series was created by Joe and Tony Gayton and featured the talents of Anson Mount, Colm Meaney, Common, Dominique McElligott, and Tom Noonan.

All five seasons which span 57 episodes will be departing from Netflix USA on December 31st, 2020. The series has been streaming on Netflix since September 2014 with new seasons added yearly thereafter.

The series will be departing alongside a number of high profile series such as Hart of Dixie, The West Wing, Dexter, and Gossip Girl.

This could indicate when other titles from the AMC library on Netflix will depart too. Currently, Netflix US streams Breaking Bad (although that’s distributed by Sony Pictures), Washington Spies, Halt and Catch Fire, Into the Badlands, and of course, The Walking Dead.

Where will Hell on Wheels stream once it leaves Netflix?

That’s unclear at this time. Smart money would normally be it going to AMC+ however in this instance, the show isn’t owned and distributed by AMC rather, Entertainment One although it’s not clear whether that’s just international.

As of right now, it’s not included in the AMC+ lineup for December 2020.

We’ll update this post once we hear where the eventual new streaming home will be for the series.

As for whether this affects regions outside the United States, the answer is no. It’s only currently streaming on Netflix and much like some of the other titles set to leave Netflix in December, this almost certainly rules out the chances of them debuting on Netflix elsewhere.

Will you miss Hell on Wheels when it leaves Netflix? Let us know in the comments down below.