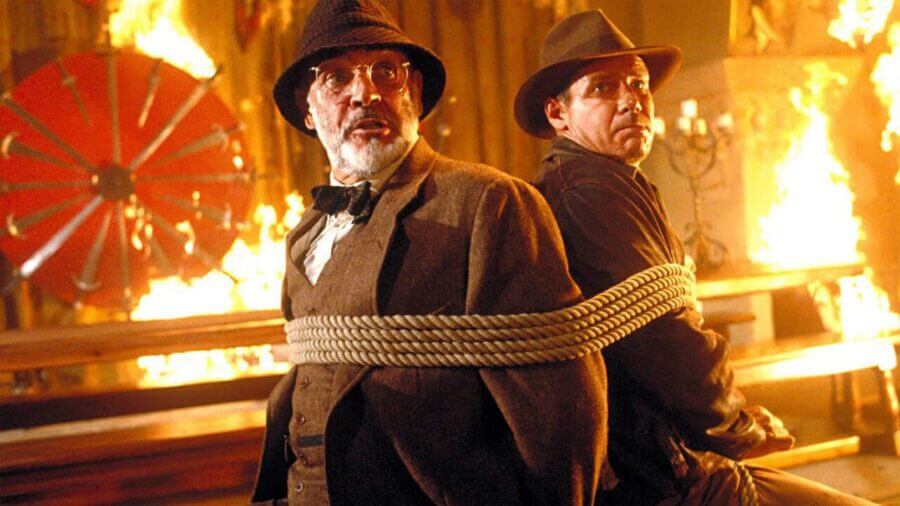 After a long tenure on Netflix in the United States, all four of the Indiana Jones movies licensed to Netflix will be departing from the service on January 1st, 2021.

For a full two years, Netflix USA has now been streaming all four of the Indiana Jones movies including:

Many will want to check out Indiana Jones and the Last Crusade in particular given it features the late and great Sean Connery.

This type of arrangement for movies that Netflix does not own is relatively unheard of nowadays given the industry’s shift to licensing out in short stints (typically 1-3 months) and the industry moving its content onto its own platforms which they have vested interests in.

Where will the Indiana Jones movies stream next after they leave Netflix?

Given the LucasFilms connection, Disney+ seems like the logical home given that the movies are Lucasfilm but truthfully, no streaming platform has yet to be announced.

However, as you may know, Paramount Pictures actually owns the rights to all four of these movies. The fifth untitled movie, however, will be distributed by Disney and is currently thought to be released in 2022 although there’s much documentation around the web about the movie going through development hell.

Paramount does have an interest in the upcoming name change of CBS All Access to Paramount+ so that could be where the movies head next.

The answer to this is super complicated and we can’t give a uniform answer, unfortunately. As Unogs reports, the Indiana Jones movies availability differs significantly around the world. Raiders of the Lost Ark for instance is available on Netflix in 20 countries whereas the Last Crusade is only available in 15.

Instead, what we suggest is if the movies are available in your region, add them to your Netflix list and you’ll then be notified when they’re set to leave (assuming they give advance notice). 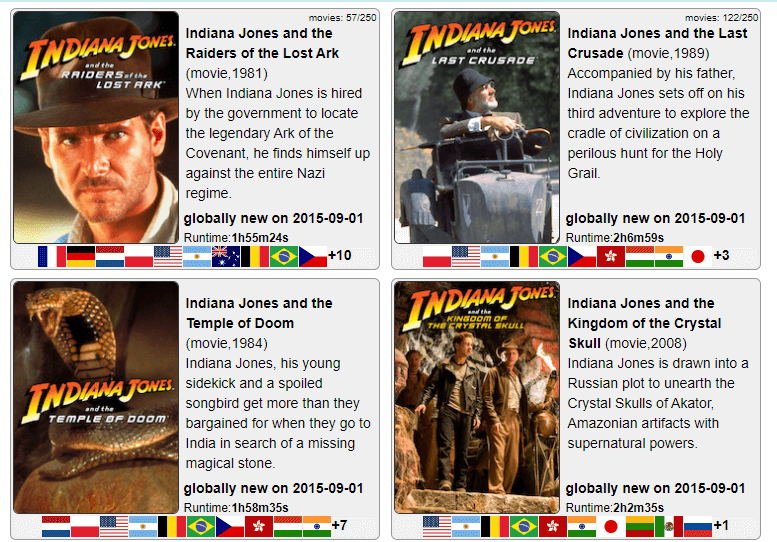 Will you miss all of the Indiana Jones movies once they depart Netflix US in January 2021? Let us know in the comments.