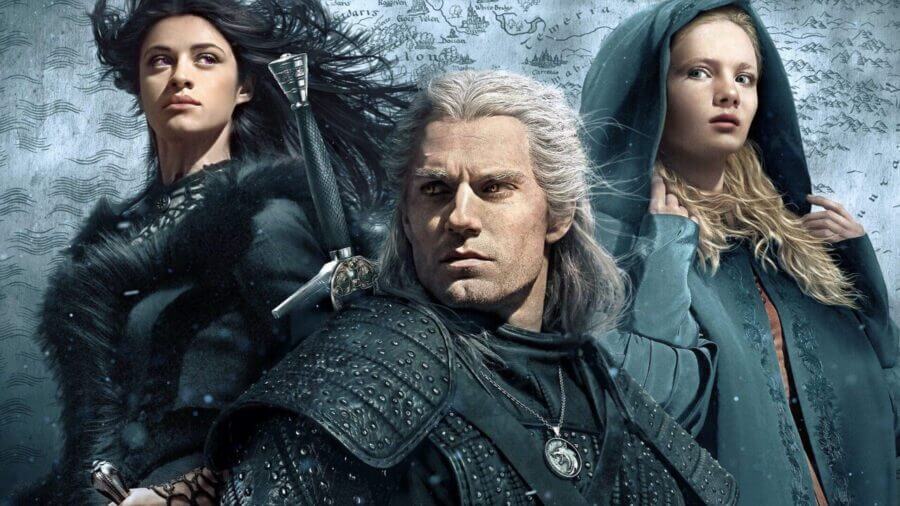 Despite halting production early in the month, November was monumental for news of Henry Cavill’s The Witcher. Cavill himself was caught on camera riding Zeus (the horse known as Roach) beside Anya Chalotra’s stunt double, a massive gathering of mages was filmed at Fountains Abbey, casting descriptions for two lead roles in the spinoff The Witcher: Blood Origin were revealed, and quite a bit more. 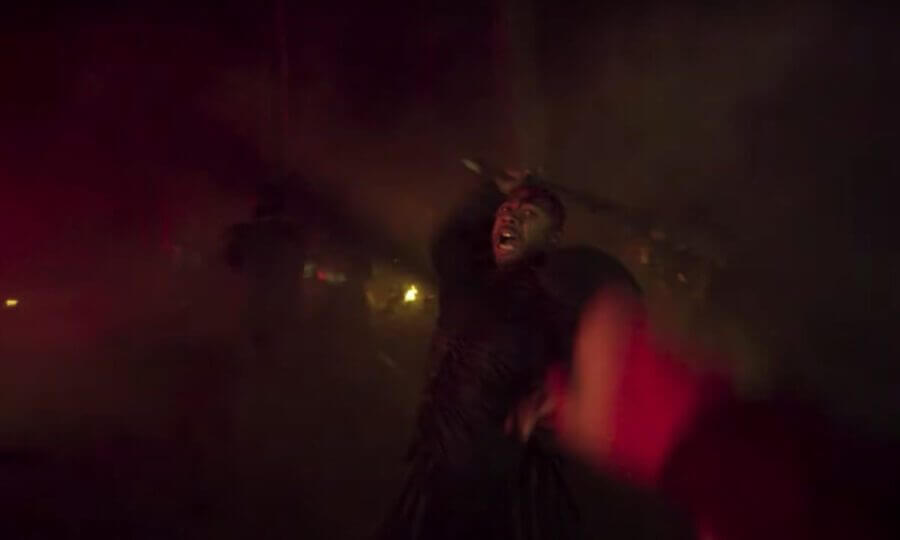 In a new video released on November 23rd on Netflix’s YouTube channel, we got a bit of a retrospective on season 1 with some holiday music and added snow effects.

What we also got was one or two frames of season 2 that were snuck into the trailer too. You can see it above and it shows the new Nilfgaard armor that we have reported on previously.

The Witcher halts production of season two after production crew test positive for COVID, and restart after ten days

Early in October, Deadline reported that production of The Witcher’s second season was halted after four crew members tested positive for COVID-19. This is not the first time Netflix faced this scenario, as the same exact thing happened months earlier when Game of Thrones alum Kristofer Hivju (who portrays Nivellen in the show) tested positive for COVID.

Fortunately, the cast and crew followed security guidelines very closely and this allowed them to resume filming in Arborfield Studios just ten days after production was halted. We hope everyone involved has fully recovered.

In videos: Geralt and Yennefer reunite in The Witcher season two

Readers of Andrzej Sapkowski’s novel Blood of Elves were surprised to see Henry Cavill’s Geralt riding alongside Anya Chalotra’s stunt double on set of The Witcher season two. Though Cavill and Chalotra, who portray Geralt and Yennefer, are widely considered The Witcher’s power couple, they don’t actually meet in the novel Blood of Elves.

It’s good to see that the Netflix series will give the Witcher-parents more time together, as confirmed in a video captured by Frensham local Sara Talib. In the scene, Geralt and Yennefer are seen riding horses (yes, Geralt rides Roach) and they appear to be in a hurry. We hope this doesn’t mean that their adoptive daughter Ciri (played by Freya Allan) is in some kind of trouble. Check the Redanian Intelligence report for more videos and pictures of the scene.

More filming footage from The Witcher season 2 (via Instagram/sara.talib1) pic.twitter.com/CW1xJRKCeo 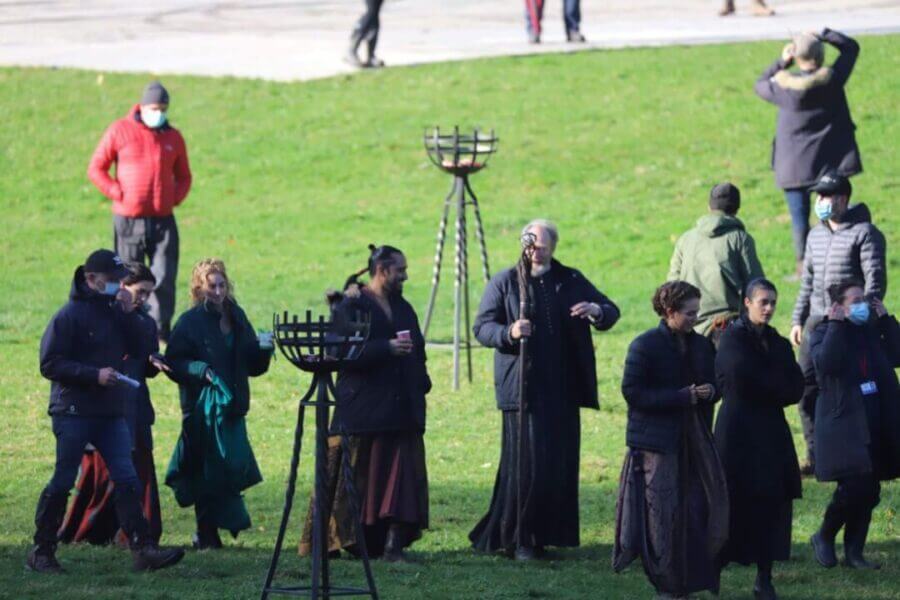 Perhaps the most beautiful location visited by The Witcher’s production to date is the ruins of Fountains Abbey. It was in these ruins that a large number of characters were gathered, including most of the mages introduced in season one. Leading the charge was Anya Chalotra’s Yennefer, and she was accompanied by MyAnna Buring’s Tissaia, Mahesh Jadu’s Vilgefortz, Lars Mikkelsen’s Stregobor, Therica Wilson-Read’s Sabrina, an as of yet unidentified sorceress, and (quite curiously) Eamon Farren’s Cahir.

Besides these actors, Shaun Dooley who plays King Foltest (featured prominently in season one’s third episode) was also present for filming in the Abbey. We don’t know for certain what happens in the scene, but we have a pretty good guess. As it could be a major spoiler for season two, we’re going to leave it at the end of the article.

For the full gallery of photos from Fountains Abbey, make sure to read the Redanian Intelligence report. 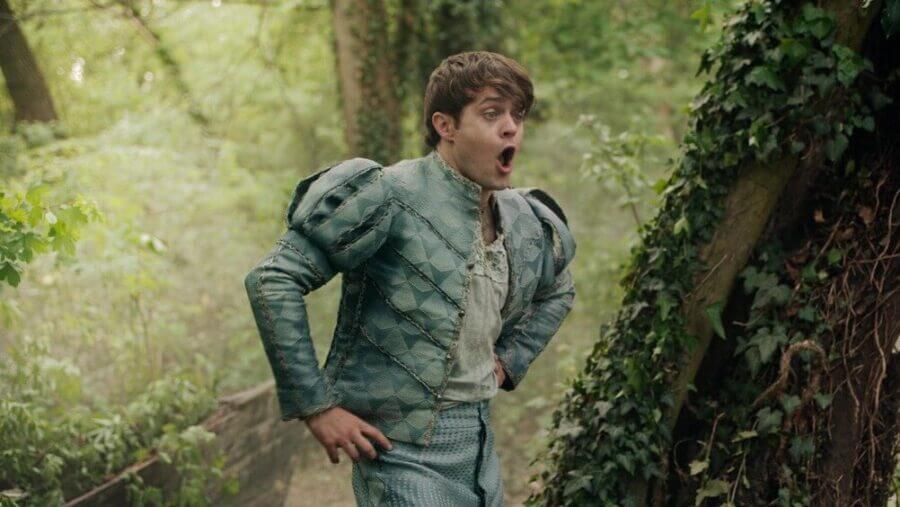 One of the fan-favorite characters of The Witcher’s first season was the bard Jaskier, who was able to consistently irritate Geralt and make us laugh in the process. It is for this reason that fans are surprised by Batey’s absence from the leaks of the second season. Thankfully, a tip from one source has confirmed that Batey’s Jaskier will indeed return in season two, and he will not be alone.

As it happens, season two will feature a key character from Jaskier’s past: Countess de Stael. The Countess was mentioned several times in Sapkowski’s novels and was already mentioned in the first season of the Netflix adaptation. “The Countess de Stael once said to me that destiny is the embodiment of the soul’s desire to grow,” says Jaskier in the fifth episode of season one. He later commands the djinn to fulfill his wish that the Countess would welcome him “with open arms and very little clothing”.

Despite the djinn not heeding Jaskier’s wish, it does seem like he will cross paths with his muse in season two, as we heard that Netflix was casting the role earlier this year.

Though Netflix is currently focusing on the second season, they are also in early stages of production on a second project set in the Continent: the prequel Blood Origin. Expected to begin filming after season two wraps, Blood Origin will tell the tale of the first witcher’s creation and explore the relations between humans and elves early in the Continent’s history.

As far as Witcher news, NSFW website Recapped is a trusted source, and they have recently revealed that Netflix is casting two female leads for the prequel: Eile “The Lark” Lithe and Princess Merwyn. According to Recapped, Eile is in her mid-20s and muscular while Merwyn is slightly younger. Recapped have also learned that filming is supposed to take place some time between May and December of next year.

As Blood Origin is not based on any existing source material, it’s really difficult to speculate on these new characters. Besides these two, Netflix was eyeing Aquaman’s Jason Momoa for a lead role earlier this year (the first witcher). That was quite some time ago, however, and we don’t know if Momoa was cast. 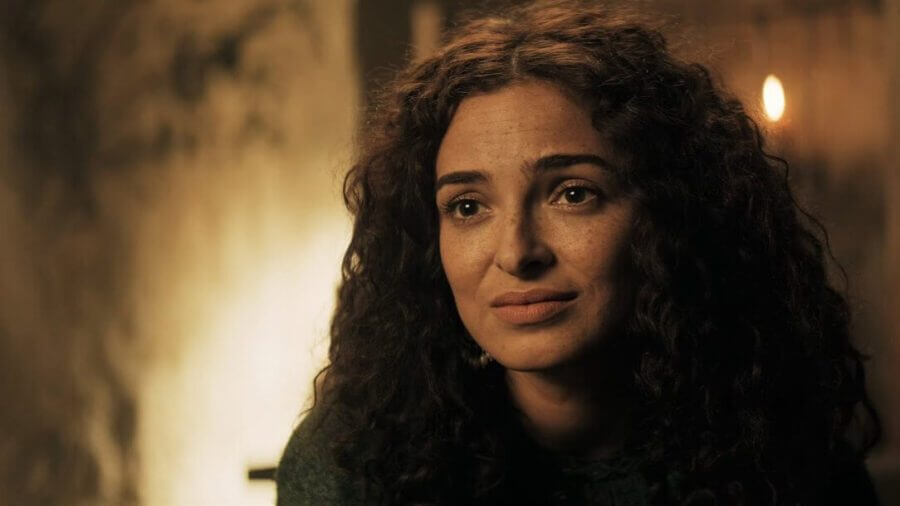 The one prominent sorceress missing from the gathering filmed at Fountains Abbey was Anna Schaffer’s Triss Merigold, and we have now learned why she was absent. As in the books, Triss will be joining Geralt, Ciri, and several newly introduced witchers at the fortress of Kaer Morhen. These witchers include Vesemir, Geralt’s mentor and father figure portrayed by Kim Bodnia, and three of Geralt’s witcher brothers.

In the novels, Geralt invites Triss to the fortress after discovering the extent of Ciri’s magical powers. Some of Triss’s best scenes in the saga ensue, as she gets quite furious at the witchers for their ignorance to Ciri’s needs. As her role was rather limited in the first season, we’re excited to see more of Anna Schaffer’s Triss as the series continues.

Though season one of The Witcher was released almost a year ago, Netflix are still marketing the show with behind the scenes featurettes and other videos. Most recently, Netflix released a monster-focused video to celebrate Halloween, and they were kind enough to include brand new shots from season two.

The first shot features three skeletal figures in what appears to be a dream or vision, while the second shot may be our first look at season two’s leshy. For screencaps of the new shots and more information check out the full Redanian report.

Spoiler Report: A sinister scene was filmed at Fountains Abbey 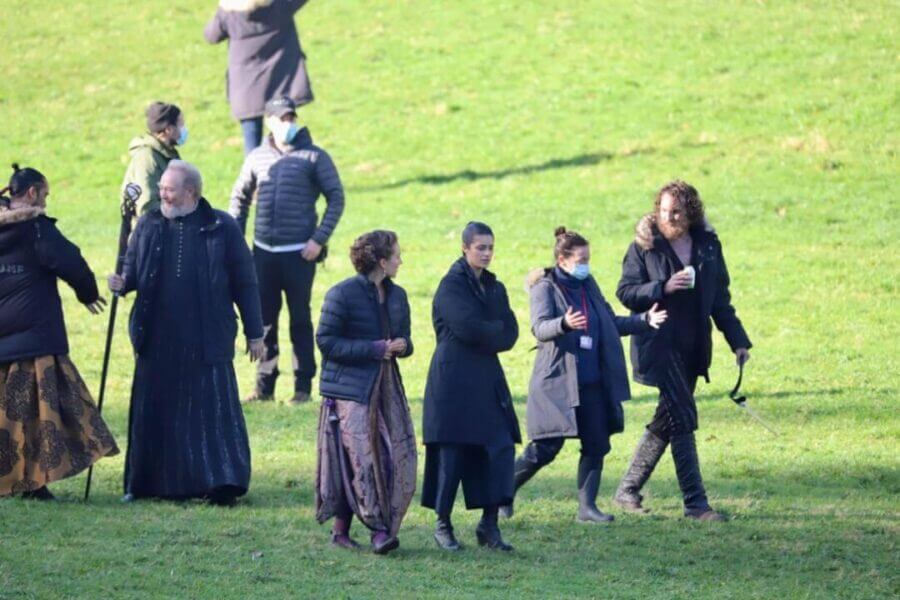 A tip from one of our sources revealed that the scene filmed at Fountains Abbey may have been more sinister than we first believed, as it seems The Witcher’s cast and crew staged an execution inside the Abbey.

Pictures of the set at Fountains Abbey revealed that, besides the many flags erected within the ruins, there were also wooden structures that appear to be pyres and a platform fitted with an executioner’s block. Immediately, fans of the series began speculating which of the characters spotted at the Abbey was in this dangerous predicament. The answer, as it happens, is rather obvious.

All but one of the characters seen at Fountains Abbey are allies of the Northern Kingdoms, and the sole exception is the Nilfgaardian knight Cahir (played by Eamon Farren). It just so happens that Cahir is looking far more rugged than usual, with an unkempt beard and the old-and-wrinkled Nilfgaardian armor. It seems like Cahir will be captured by Northern mages early in season two, and led to his execution.

But the character is not destined to die this early in the series. Farren has already been pictured while filming a scene set later in season two (with brand new armor to boot). The biggest remaining question is how Cahir will survive what appears to be his public execution. Perhaps the intervention of Mahesh Jadu’s Vilgefortz will lead to his release? Or is the Cahir captured by the mages actually the Doppler seen in season one? We can’t wait to find out.

With the pandemic still at large, it’s difficult to estimate the release of The Witcher season two, but the current estimate is a release in the summer of 2021. In the meantime, follow Redanian Intelligence on Twitter for the latest updates from the Continent.