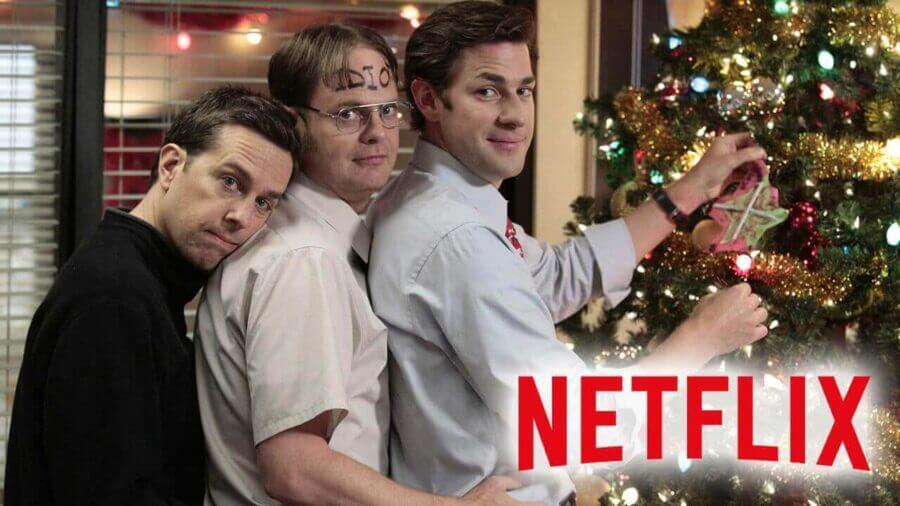 We didn’t get our first Christmas episode for The Office until Season 2, which is normal for pilot seasons. However, in Season 4, when the show had several episodes that were an hour-long format as opposed to its usual 20-minute slot, it skipped Christmas that year.

Sadly, this will be the final chance to run through the episodes on Netflix as they’ll soon be departing Netflix to reside on Peacock from January 1st, 2021.

If you’re in the United Kingdom, you won’t be able to watch The Office US because it has still not returned since leaving in 2015. It has found a new streaming home on Amazon this year which is streaming all the Christmas episodes.

“Seeing the party is headed for disastrous boredom, Michael breaks corporate policy to buy alcohol for the staff.”

“Seeing the party is headed for disastrous boredom, Michael breaks corporate policy to buy alcohol for the staff.”

“Phyllis blackmails Angela into doing the work for the Christmas party, which Michael turns into an intervention after Meredith gets drunk and sets her hair on fire. Meanwhile, Dwight corners the market on a popular Christmas gift.”

“Michael gets upset when Jim promises Phyllis that she can be the office Santa, but the office Christmas party may be overshadowed by some bad news from David Wallace.”

“Michael throws an elaborate Christmas party to celebrate Holly’s temporary return to the Scranton branch, but is disappointed when he learns that she still has a boyfriend.”

“Andy tries to make this year’s Christmas the best ever by granting each person’s holiday wishes. Meanwhile, Robert California tries to drown his sorrows at the office party.”

“Dwight puts together a Pennsylvania Dutch-themed office Christmas party, but he ends it abruptly because Jim has to leave for his other job. Meanwhile, Erin seeks comfort from a co-worker after a disappointing text from Andy.”

What’s your favorite Christmas episode of The Office? Let us know in the comments.