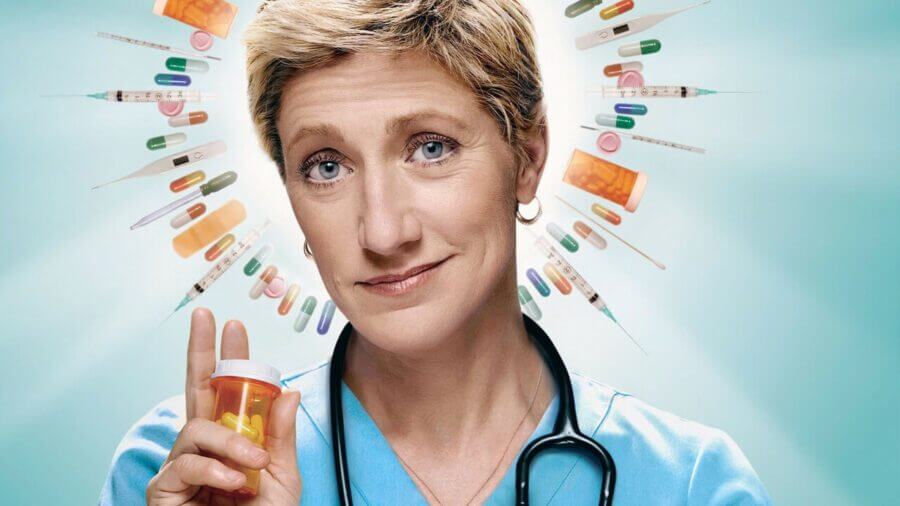 Among the large collection of licensed content leaving Netflix in the US come December will be all 7 seasons of Nurse Jackie created by Liz Brixius, Evan Dunsky, and Linda Wallem.

The Showtime series which ran between 2009 and 2015 saw Edie Falco play the role of an emergency department nurse who manages patients, colleges, and her own various shortcomings.

All 7 seasons that span 80 episodes in total are currently due to leave Netflix in the US on December 31st, 2020.

The series is not the only high-profile television series to be on its way out over the Christmas period either. Several high profile shows such as The Office, Hell on Wheels, Gossip Girl, and countless more will all be departing.

Nurse Jackie is leaving Netflix because of how Netflix licenses some of its library. In this case, it paid x amount to Lionsgate to stream the series for a number of years. In the case of Nurse Jackie, Netflix purchased the streaming rights back in late 2015 with all episodes dropping in late December. That contract appears to have lasted for 5 years and now it’s up for renewal. Either Netflix or Lionsgate has decided not to continue hence why it’s leaving.

Where will Nurse Jackie stream after it leaves Netflix?

Where will the show stream next? That’s not entirely clear. Lionsgate TV owns the property and although they own Starz, that doesn’t necessarily mean it’ll end up streaming there.

Instead, we suspect the show will be auctioned out as was the case most recently with Mad Men which eventually landed on IMDBtv as well as AMC again.

This will not affect other Netflix regions, though. The reason for that is because the series is only available in the United States.

Netflix doesn’t have too many other medical dramas of its own to speak of with it still heavily reliant on ABC’s Grey’s Anatomy.

Will you miss Nurse Jackie when it departs Netflix in late December 2020? Let us know in the comments down below.