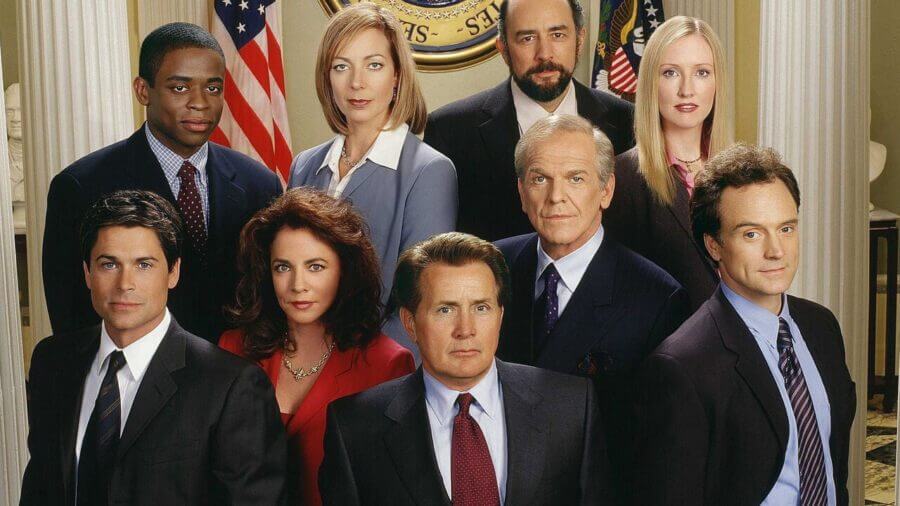 The West Wing, long thought to be leaving Netflix in 2020 has finally been confirmed to be departing Netflix in full on December 25th, 2020.

The first time we reported on The West Wing leaving Netflix was back in October 2019 where we stated that during a press event that detailed the new HBO Max service, The West Wing was mentioned as part of its lineup at some point in 2020. The series was also feared to be leaving Netflix back in 2016 but was renewed.

The political drama is a favorite particularly among critics and originally aired on NBC between 1999 and 2006.

Now, however, the time has come to say goodbye to The West Wing on Netflix will all 7 seasons spanning 156 episodes will be departing Netflix on Christmas Day 2020.

Where will The West Wing stream next after it leaves Netflix?

Once the series departs Netflix, we suspect we’re going to see a day and date release of all 7 seasons on HBO Max which is owned by WB who owns the distribution rights to the series.

It’ll be sitting alongside The West Wing Special which released on HBO Max back in October 2020 although it’s worth noting, not to much fanfare (a criticism HBO Max as a whole suffers from).

What does this mean for other Netflix regions? Well, absolutely nothing. The show has never streamed on Netflix outside of the United States and with the news of it departing the US, it’s highly unlikely Netflix will now license it for other regions.

If you’re a fan of Aaron Sorkin’s work, you can currently catch his latest movie exclusively on Netflix in the form of The Trial of the Chicago 7 which released to rave reviews. Of course, Netflix has some of its own political dramas including House of Cards and Designated Survivor but many will argue they don’t come close to the brilliance of The West Wing.

Will you be subscribing to HBO Max to watch The West Wing? Let us know in the comments down below.