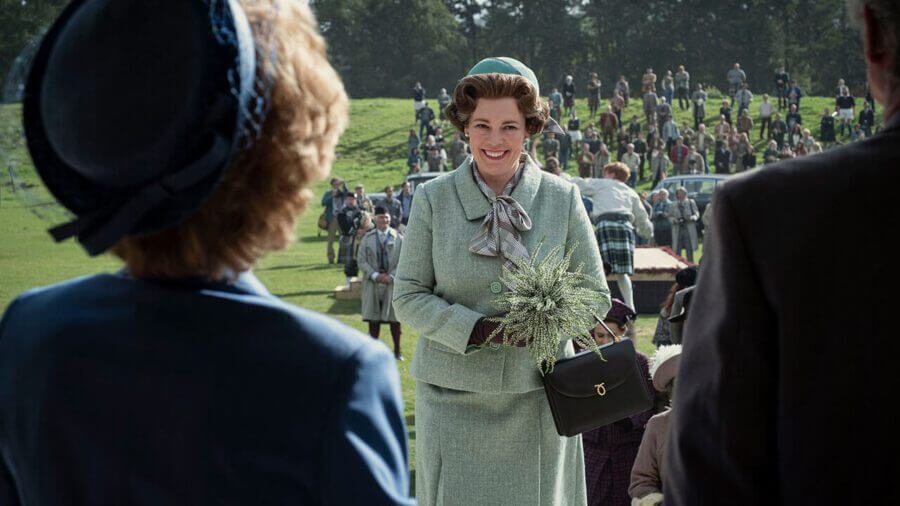 The Crown season 4 is now been on Netflix for a while and if you’re wondering whether this season invoked any aging technology, wanted to see how much of the sets are real or learn whether it’s getting harder or easier to produce VFX for The Crown as we approach the modern-day, this interview is for you!

The VFX for The Crown season 4 comes from a regular contributor to Netflix Originals. Framestore is a large VFX company with office throughout the world that has had a hand in Netflix titles like Jingle Jangle, The Witcher and the upcoming George Clooney movie The Midnight Sky.

Framestore was gracious enough to answer a few of our questions and provide some pictures including some before and after shots.

In total, Framestore reportedly provided a total of 230 shots for the new season of The Crown which released on Netflix on November 15th, 2020.

How much of the large crowds seen throughout The Crown use VFX?

Ollie Bersey, Deputy Head of 2D, Framestore: All of them. Sometimes we had the luxury of small crowds shot on set, which we then duplicate and layer up to form larger crowds, but more often than not, the crowds are entirely generated using a mixture of techniques; sometimes fully computer-generated, sometimes using live-action sprites, which are then multiplied hundred or thousands of times, built up and randomized as part of the VFX compositing process.

Crowd replicated thanks to VFX on The Crown S4 – Picture: Framestore

Did any VFX go into digitally altering the ages of the cast? Any other VFX shots we may not know about?

Olly: Framestore didn’t do any age correction at all and I don’t think any other FVX studio did. We did, however, do a deep fake head replacement for Princess Anne on horseback; the jumping shots were actually filmed with a stunt rider.

The Crown is full of VFX shots that we hope you do not know about. For example, all the crowds and marquees in the show jumping scene were added. Every airport you see is embellished with vfx. They are filmed on empty airstrips and we add the airport buildings, people walking around in the far distance, even planes taxiing on the horizon.

The Crown is full of invisible VFX that we don’t want you to spot!

Standish Millennas, VFX Producer at Framestore: Framestore’s work where we turned the British Museum into St Paul’s Cathedral was really successful as the architecture are very similar to start with. It’s a great example of where the work by the locations team really helps us have a head start in VFX.

In a separate interview with the RadioTimes, Standish reiterated what Olly said above by saying “This isn’t a fantasy or sci-fi series where the VFX is there to be admired. As soon as it’s noticeable, we’ve not done our job. And I’m pleased to say I don’t think there’s any point in the series where the real and the digital are distinguishable.”

What was the biggest challenge posed to the team when animating the Stag in the “The Balmoral Test”?

Olly: There are many departments involved in making a CG stag and each has a pivotal role in its success. Probably the biggest challenge was in the animation, making sure that every part of the story was believable. As part of that process, the team devoted a lot of time to finding good reference footage of a real stag doing everything required in the story, to base the animation on.

Whilst this was happening, other artists were involved in finalising the look of the stag, down to tiny details like grass stuck in the antlers and droplets of water in its fur. 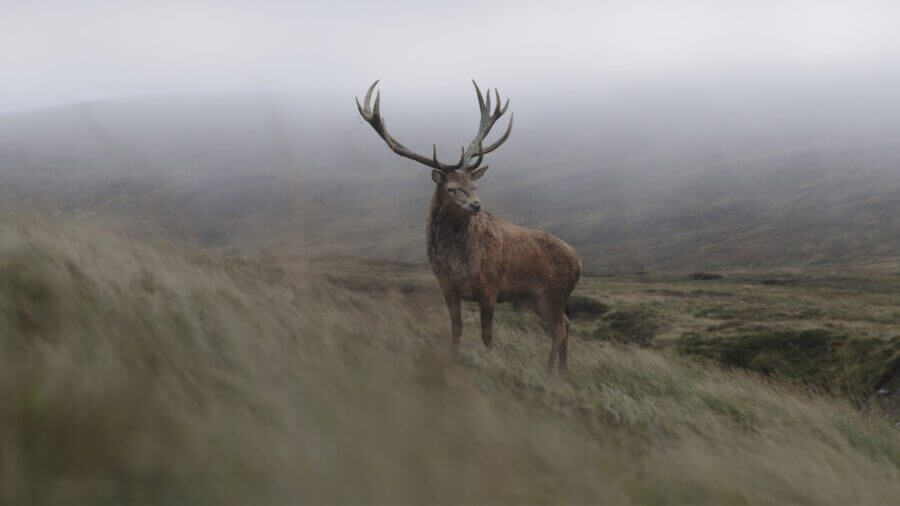 The stag seen in The Crown Season 4 – Picture: Framestore

Standish: Although part of the beauty of a CG animal is that you can direct its every movement, the best way to ensure realism is to match the animation to real reference footage. There were a couple of moments with the stag that the director had a very specific movement in mind for, which we couldn’t find a matching reference for. They were the trickier moments for the animation team as it took a lot more effort to keep the sense of realism.

As you’ve worked on a number of the series thus far, how easy/difficult is it to capture the essence of each decade? How has the VFX evolved over the seasons?

Olly: It is certainly getting a little easier now as we get closer to modern-day. We do our homework, and make sure what we are adding is historically accurate. This involves plenty of gathering of reference before work starts. Buckingham Palace looks pretty amazing whatever decade we are heading for! Luckily they do a great job on set too, which does rather help!

Standish: There’s been more crowd work in this season, this is probably due to the production team having more faith in VFX, and also a reflection of the celebrity status Diana had, so there was a lot more call for crowds in the story.

I always find it interesting that Buckingham Palace gets cleaner throughout the earlier seasons. Not due the VFX improving in any way, but as a conscious effort to reflect the condition it was kept in during the time it was reflecting.

And we always finish by asking, what are you watching on Netflix right now? Any notable VFX titles you’ve enjoyed recently?

Standish: The Queen’s Gambit. I’ve just finished it. I’d rave about how great it is, but I think everyone knows that by now. I’m really hoping someone is inspired to get me a chess set for Christmas now.

Before we depart, let’s take you through a few more before and after shots.

Before and after Buckingham Palace gates – Picture: Framestore

If you’re desperate for even more behind the scenes looks, Netflix UK released a video featuring some commentary last week.