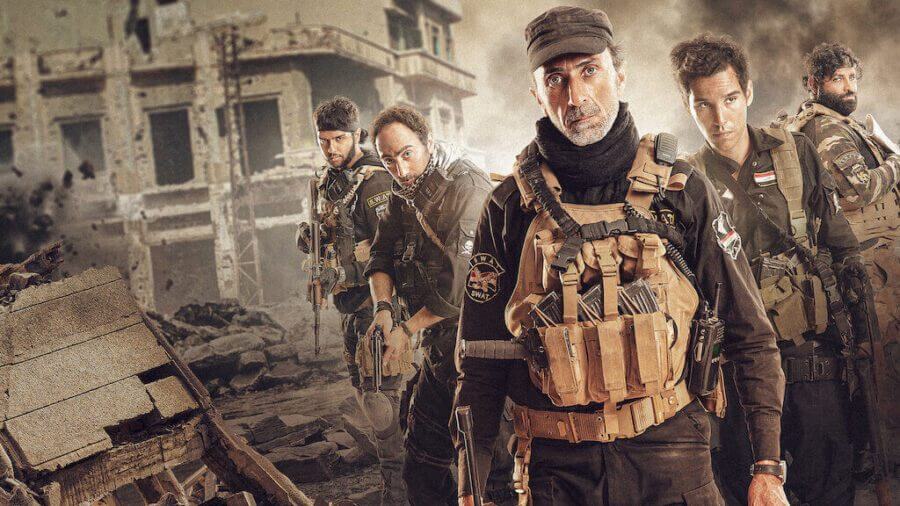 Mosul is new on Netflix

Welcome to your thanksgiving roundup for what’s new on Netflix for November 26th. Sadly, there are only four new additions and three are non-English language additions but that’s not to say none are worth your time. Here’s what’s new and what’s currently trending on the Netflix top 10s.

Although there are no new thanksgiving specific titles, Netflix has been adding plenty of holiday titles over the past few weeks which we’ve been cataloging here. Don’t forget that Virgin River season 2 drops on Netflix tomorrow which is sure to be the cure to your bloated stomachs!

Let’s now get into what’s new on Netflix for today with our two highlights first.

Not to be confused with the 2019 documentary from last year, Mosul is a brand new Netflix Original movie that Netflix just recently scooped largely because of the involvement of The Russo Brothers. If you want to read more about Anthony Russo’s involvement, NetflixLife has a great interview that was published yesterday.

The action-heavy war movie is about a young police officer who joins the fight against ISIS.

Netflix has scooped up the license (this isn’t an Original) to the latest Larry the Cable Guy stand-up special. Netflix has got its own Original special with the comedian that released back in 2016 which co-starred Jeff Foxworthy.

Here’s what you can expect from the new special:

“With his signature call to “Git-R-Done,” Larry muses on swampy weather, late-night shopping at Walmart and other raunchy tales of life in rural America.”

Full List of New Releases on Netflix for November 26th

In a surprise to nobody, The Christmas Chronicles has shot straight to the top of the TV charts with The Crown holding off The Queen’s Gambit on the TV series.