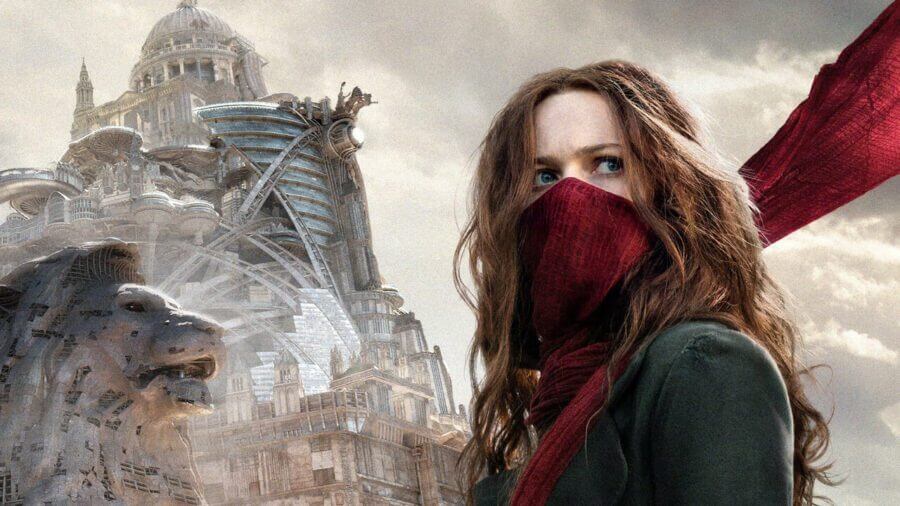 Welcome to your complete recap of everything new on Netflix UK throughout the past 7 days which include some great new movies, plenty of new Netflix Originals. In total, Netflix UK saw the release of 34 new titles this week.

Looking for what’s coming up in December 2020? Netflix UK currently boasts an impressive list including the next set of episodes of Rick & Morty as well as plenty of new Christmas titles.

This week also saw the removal of a number of high profile titles. These include:

As always, let’s kick start this week’s list by picking out three of our favorite new additions.

Although this is perhaps one of the biggest box office flops in recent years, there’s still plenty of reasons to check out Mortal Engines, a big-budget sci-fi fantasy feature.

Here’s what’s the movie is about:

“In a post-apocalyptic new world, a young woman and her rebel friends seek to stop the giant mobile city of London from devouring everything in its path.”

From the director and creator of Home Alone came the first The Christmas Chronicles movie which released on Netflix two years ago. Now we’re back for another entry with Kurt Russell once again putting on his Santa outfit. We also see Goldie Hawn suit up too as Mrs. Clause.

The new movie doesn’t quite hit the same highs as the first but it’s certainly an enjoyable romp that’s worth watching at this wonderful time of the year.

If you love the long binges Netflix has been acquiring this year, then this Aussie drama from the late 90s could strike the right chord.

The series follows a group of teens growing up in Sydney and follows their ups and downs throughout their time at High School.

What have you been watching on Netflix this week in the United Kingdom? Let us know in the comments down below.