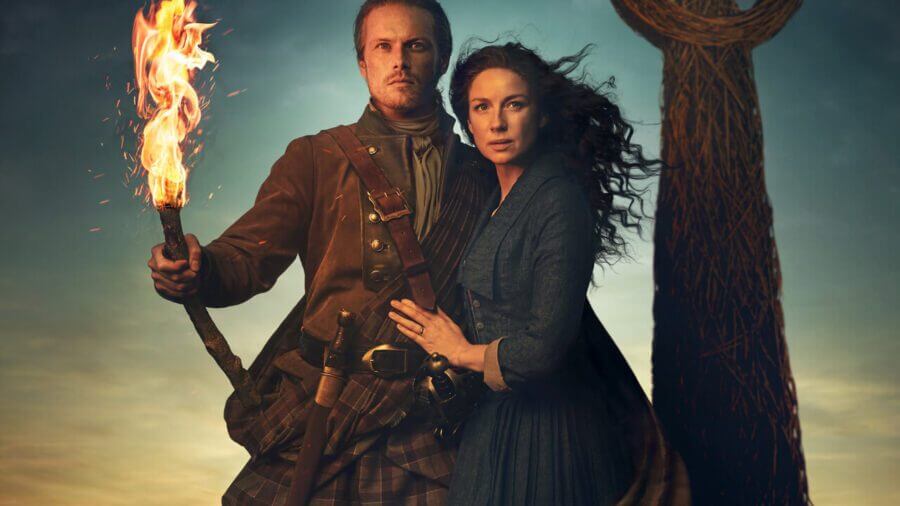 Netflix has now been streaming Outlander for some time but in the grand scheme of things, are still two seasons behind. With season 6 confirmed, let’s take a look at when we could/should see seasons 4 & 5 of Outlander on Netflix.

Note: this article is targeted to Netflix users in the United States.

Outlander, for those who haven’t watched it yet, follows an English combat nurse from the Second World War who is transported back to the 1700s. The series itself is based on the novel series and has been nominated for multiple awards. Although the series popularity, at least based on viewing figures, peaked with season 3, it still is one of Starz most watched titles.

The series Netflix is missing is season 4 which is based on Drums of Autumn which aired from November 2018 to January 2019. Season 5 aired from February 2020 to May 2020. A sixth season has been commissioned and is expected to air in 2021.

Now it’s important to note that Starz isn’t who licenses Outlander to Netflix. In fact, it’s Sony Pictures who owns and sells the show to Starz to broadcast and in the US, Netflix to stream after its window on Starz is up.

Let’s take a look at how Outlander has released on Netflix so far:

When will season 4 of Outlander be on Netflix?

No official release schedule has been released by Netflix regarding the future status of Outlander on Netflix.

However, we can make a couple of predictions as to when it will be made available based on previous additions.

Season 3 was added to Netflix exactly 2 years after its finale aired on Starz.

If that’s to be the case with season 4, we’re currently expecting season 4 of Outlander to be on Netflix in January 2021. To date, we’ve had no confirmation from Sony Television or Netflix that this will be the case but we should know by the end of December whether it will be the case.

It’s worth noting that almost all regions of Netflix outside the United States have season 4 of Outlander currently available.

In a similar fashion, if we’re having to wait two years after the season finale, we won’t see Outlander season 5 on Netflix US until May 2022.

We were expecting Netflix Canada is to get season 5 of Outlander in October 2020 but that’s yet to happen, we’ll update this should we learn more.

Some other regions already have access to season 5 in its entirety just shortly after the season finale.

In the meantime, we strongly recommend giving Virgin River a watch as well as some of the other period dramas available on Netflix.

Of course, if you can’t wait, you can still stream Outlander on the Starz application or through their channel add-on through Amazon Prime.

Are you looking forward to season 4 and 5 of Outlander being on Netflix? Let us know in the comments.