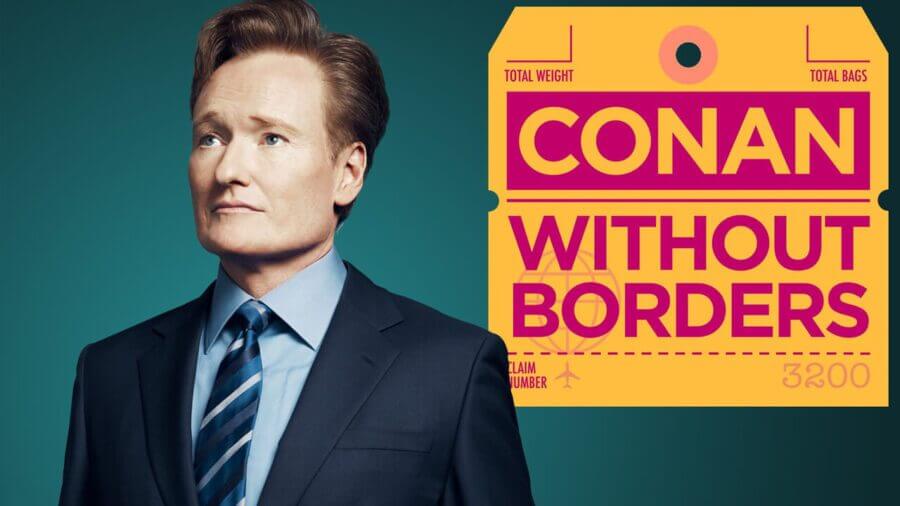 Conan Without Borders will soon be departing Netflix in multiple regions at the end of December 2020 as the series will soon be taking permanent residency on HBO Max.

Hosted by Conan O’Brien, the late-night host for TBS’s Conan, Conan Without Borders is a spin-off of the main show and sees Conan traveling to different countries around the world in hope of learning new cultures and what makes each country unique.

All of season 1 is set to be removed from Netflix around the world on December 31st, 2020.

Netflix licensed season 1 of the series in the majority of regions around the world (35 countries in total according to Unogs) on December 31st, 2018, and has now been streaming for two years but as with a lot of titles licensed recently, their time on Netflix has come to an end.

6 episodes of Conan Without Borders in total have been streaming on Netflix with Conan visiting the following countries:

This is just a small portion of the total number of specials Conan has done in his “international” series.

In the United States, the series is almost certainly headed to HBO Max which is doubling down on Conan O’Brien in 2021 with his TBS talk show itself also moving to the streaming platform. Outside the US, HBO Max still hasn’t announced its expansion plans but we do suspect this show will remain off other platforms until HBO Max does launch internationally.

If you need another travel show to fill the void, there’s plenty currently streaming on Netflix. Some regions of Netflix still have access to Anthony Bourdain’s Part Unknown (the US lost it last year) but on the Netflix Original side, you have Jack Whitehall’s Travels with My Father, Zac Efron’s Down to Earth, and our favorite, Dark Tourist.

Will you miss Conan Without Borders when it leaves Netflix US in December 2020?