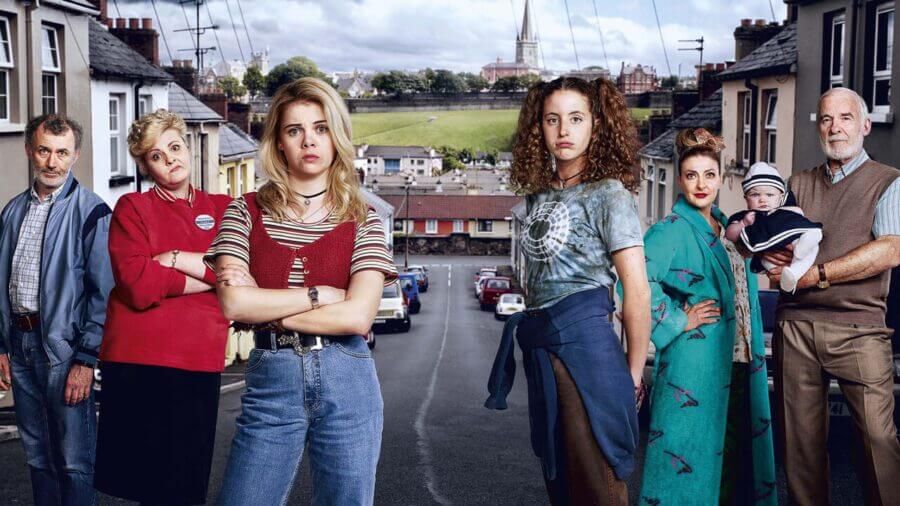 Derry Girls will be returning for a third season but be prepared for a long wait as COVID-19 has pushed filming of the show much later than originally anticipated. Here’s what you can expect from season 3 of Derry Girls and a warning that it might not be until 2022 when we see it on Netflix.

In case you’ve missed it, Derry Girls is a comedy series based in Northern Ireland and follows four teen girls in high school getting up to all kinds of shenanigans.

It’s classed as a Netflix Original but is, in fact, produced by Channel 4 in the UK and internationally distributed by Netflix. There have been multiple Channel 4 shows that’ve come to Netflix exclusively over the past few years in a similar manner.

Season 2 is now on Netflix across the world as of August 2nd, 2019. With that said, those in the United Kingdom will likely still have roughly a years wait before streaming it there.

Has Derry Girls been renewed for season 3?

Yes, you’ve read that correctly you won’t have to wait at all when it comes to learning the fate of season 3 as it has already been confirmed.

Thanks to the show’s success on Channel 4 and how it performed internationally via Netflix, it was given an instant renewal when season 2 wrapped up in April 2019. 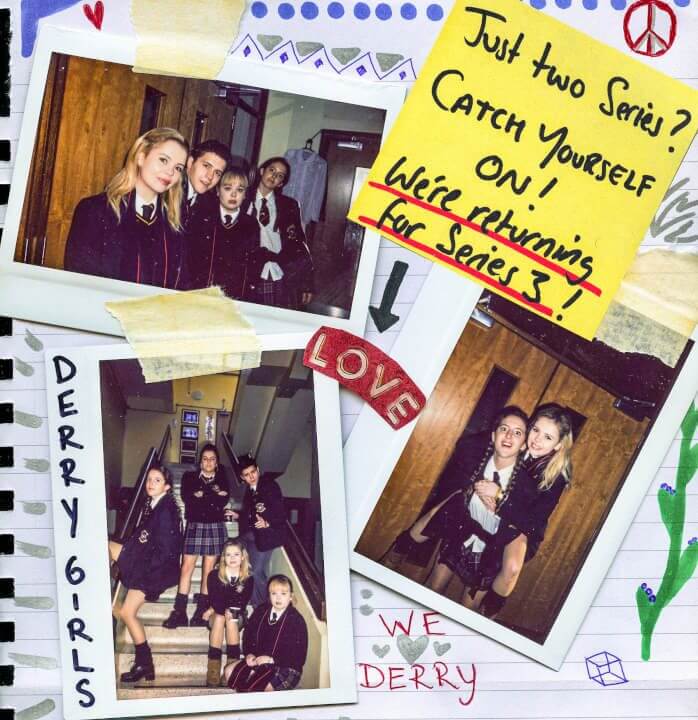 On the renewal, Lisa McGee who serves as the showrunner and creator said the following: “I love writing this show and I’m so thrilled to be able to continue the Derry Girls story, thank you Channel 4, Erin and the eejits live to fight another day!”

When will Derry Girls season 3 be on Netflix US?

As you may know with British shows, they often don’t stick to a consistent release schedule.

Derry Girls had, however, stuck to a yearly schedule (give or a take a few months) and we did originally expect it to arrive in either late 2020 or 2021. However, that now looks like it’s not going to happen thanks to the C-word we’ve all be living with throughout 2020. According to DigitalSpy, production was originally due to begin in June 2020.

According to ProductionIntelligence, a site that tracks UK productions, filming is currently not set to start until “late 2021”.

That leaves us to believe that the series will not now be coming to Netflix until at least 2022 internationally and even longer for those in the UK.

We’ll be updating this post as we learn more about season 3 of Derry Girls and when it’ll be on Netflix. Let us know in the comments if you’re excited for more Derry Girls.