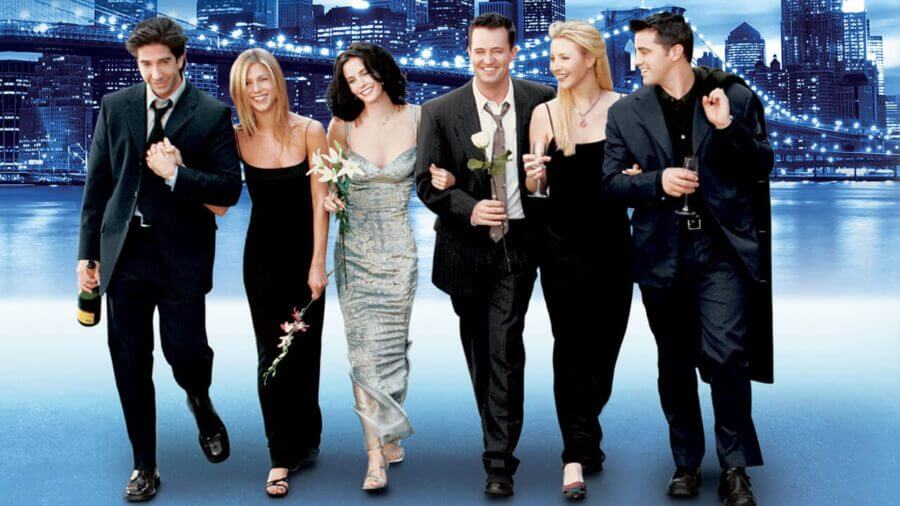 Friends is about to depart in full in another Netflix region with Canada facing the prospect of all 10 seasons of the sitcom leaving on December 31st, 2020.

10 seasons of the NBC sitcom (owned by WarnerMedia) will be departing in full as the new year rolls in. It comes just a year after Netflix in the United States lost all 10 seasons.

The sitcom features Courteney Cox, David Schwimmer, Jennifer Aniston, Lisa Kudrow, Matt LeBlanc, and Matthew Perry where they play 20-something friends living in 1990s Manhatten. The series has become a hot commodity in recent years thanks to its increased popularity thanks to its availability on Netflix.

Friends has been streaming on Netflix Canada since 2015.

Where will Friends stream in Canada after it leaves Netflix?

The series has already found a new home in Canada. Bell media that owns Crave announced that all seasons would be streaming on their platform (and available in their entry-level package) starting December 31st.

Crave is a natural home until (or if) HBO Max launches in the region given the ties between HBO and them now.

We’ve also seen similar moves in the UK where The Fresh Prince of Bel Air is moving to Sky who has a similar relationship with WarnerMedia and HBO to the one with Crave.

Will Friends Leave Netflix in other regions?

It likely indicates the clock could be ticking although it ultimately depends where you live and what Warner Brothers Television has in store in the future. It’s clear they want to release HBO Max around the world but exactly how it rolls it out remains to be seen.

Some regions have only just got Friends in recent weeks and months. Netflix Australia, for example, received all 10 seasons just recently in September 2020.

Netflix in the United Kingdom seems to be one of the next regions that will see the series depart in full although it won’t be in 2021. Once the series departs it’ll be streaming in at least 18 countries still according to Unogs.

Will you miss Friends once it departs Netflix in Canada? Let us know in the comments down below.