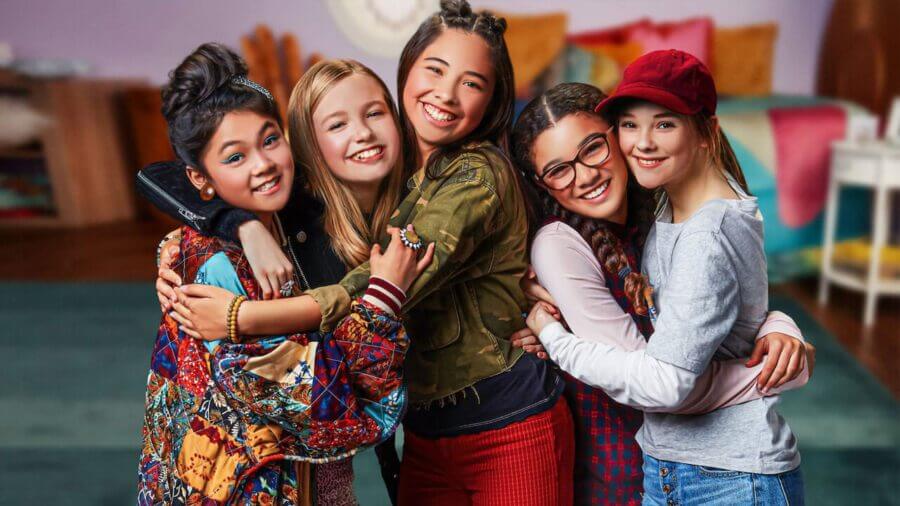 The Baby-Sitters Club was renewed for season 2 in October 2020 and preliminary filming dates have been scheduled for early next year.

Based on the novel by Ann M. Martin, the comedy-drama series aimed at kids was a success on Netflix over the summer which warranted it a renewal in October 2020.

The series comes from Walden Media who just recently released their family-friendly movie, A Babysitter’s Guide to Monster Hunting which is a must-watch for any fan of The Baby-Sitters Club.

Beyond its renewal, all has been quiet regarding The Baby-Sitters Club until a new production listing emerged that lists the series to return to filming in early 2021 in Vancouver, Canada.

According to the production listing, the new season is due to be completed in just a couple of months. It states that filming begins from February 16th through April 13th, 2021.

Of course, it should be stated that all filming dates are currently subject to change as the landscape is constantly changing due to COVID-19 restrictions.

A new log line was also attached to the listing saying:

What does this mean for a release date? Well, nothing has been confirmed just yet but based on this it’s almost certain we could see the series return for season 2 at some point in mid-to-late 2021. IMDb currently lists season 2 for a 2021 release.

According to IMDbPro, 7 cast members are currently confirmed to be returning including:

That’s all we have for the moment, let us know in the comments down below if you’re looking forward to seeing season 2 of The Baby-Sitters Club on Netflix.