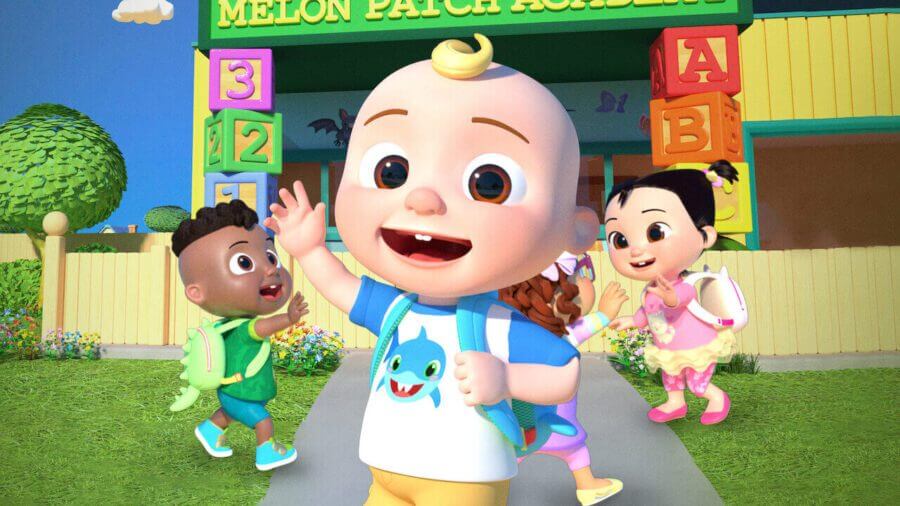 CoComelon is a worldwide phenomenon thanks to its meteoric rise on YouTube. Earlier this year, Netflix managed to secure three episodes in June 2020 globally and more CoComelon has been scheduled for release in December 2020.

The animated pre-school series is really the show to beat in the genre in 2020. Despite criticisms of its rather simplistic style and poor animations, the title has managed to garner 100 million subscribers on its YouTube channel and now it looks like the title is branching outwards.

CoComelon is the name of a fictional town where baby JJ and friends go on adventures through story and song.

Netflix didn’t get what IMDb considers to be the first season. Instead, Netflix essentially got a batch of random episodes combined together. That’s not rare. We’ve seen Netflix pick up random batches of episodes with Jeopardy! being a good example.

Since its addition to Netflix US, it has been an almost permanent fixture in the US top 10 list. As of the time of publishing, the series has featured in the TV top 10 for a consecutive 75 days.

So with only three hours available on Netflix, you may be wanting to know if there’s more on the way.

The Verge did a comprehensive piece about CoComelon’s reign on Netflix’s top 10 with Andy Yeatman (who formerly worked at Netflix) explaining that Netflix is an important platform for the studio moving forward. Unfortunately, it didn’t reveal whether more is on the way but the indication is that it will be. However, throughout most of the piece, it stresses that CoComelon’s core focus will be on YouTube.

Up until early December 2020, we had no idea what kind of release schedule the series would be taking however, that changed when we got word season 2 of CoComelon would drop on December 18th, 2020.

We don’t quite know what season 2 will consist of but using past kids content drops, you can roughly expect the same amount of content as season 1.

If you’re looking for even more content from the show you can, of course, find the show in bountiful supply on YouTube.

The good news though is that a number of kids YouTube channels have also made the switch over to YouTube. These titles include LooLoo Kids and Gabby’s Dollhouse will be coming in January 2021. That’s not to mention Netflix is beefing up its own YouTube channels (with Netflix’s kids’ channels being amongst the biggest) and kids slate on Netflix itself.

Do you want to see season two of CoComelon on Netflix? Let us know in the comments down below.