There’s lots more to come as we look ahead to the upcoming fifth season of Big Mouth. We’ll be keeping track of everything related to season 5 of Big Mouth, including what to expect, casting, news, trailers, and the Netflix release date.

Big Mouth is a Netflix Original adult-animated sitcom created by Nick Kroll, Andrew Goldberg, Mark Levin, and Jennifer Flackett. The series is loosely based on the upbringing of Nick Kroll and Andrew Goldberg and their own experiences of puberty throughout their youth.

The series has fast become the flagship show for its line up of adult-animated content.

When is the Big Mouth season 5 Netflix release date?

It’s still too early for Netflix to announce when Big Mouth season 5 is being released. But thanks to the release of the previous season, we can speculate on the release date of season 5.

Three of the four total seasons of Big Mouth arrived in the fourth quarter of the year, with only the first season, released in September 2017, as the exception. This means it’s more than likely that Big Mouth will return in Q4 2021.

What to expect from Big Mouth season 5

After an anxiety-filled season of Big Mouth, Nick, Andrew, and their friends were able to overcome some of their fears. As they all begin to come to terms with who they are as people allowed Tito the Mosquito to dramatically decrease in size, and in Jessie’s case, to be eaten by the Gratitoad.

Next season we may see the gang as more confident individuals thanks to overcoming their anxiety. But, like all the other hormonal teenagers learning about the world, we can expect to see more creatures of the hormonal kind invade their lives at the worst possible time.

Nick fell out with his former best friend Andrew at the end of season 3, but by the time camp was over he had reconciled with his best friend. Struggling with anxiety, Nick was finally able to overcome the anxious thoughts about the future and defeated his evil alter ego with the help of his friends.

We can expect Nick to be more confident next season, but with Rick as his hormone monster still, he’ll still struggle with the problems of being a teenager. 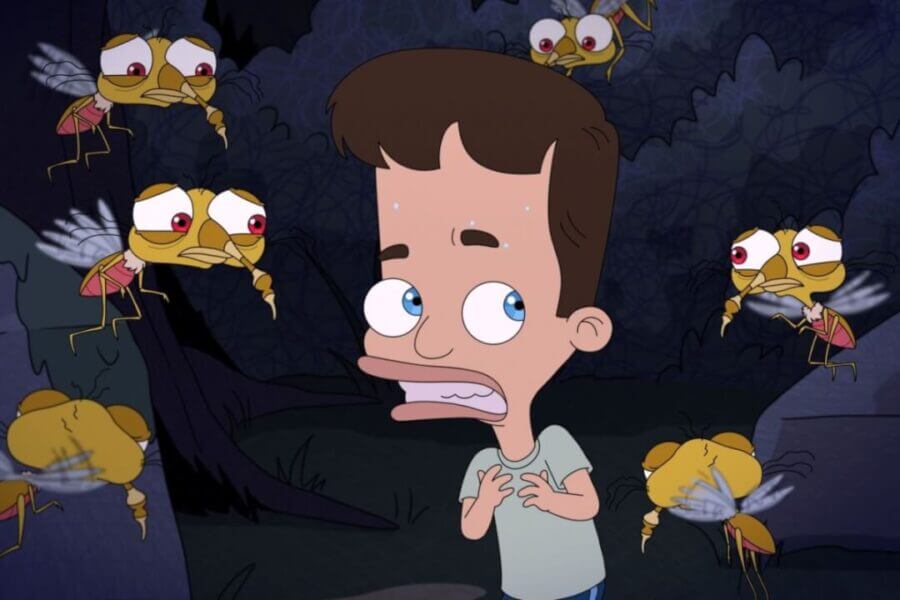 Like Nick, expect Andrew to be looking for a girlfriend in the next season. You can also expect future visits from the shame wizard as Andrew always allows himself to get into shameful situations.

Another sufferer of Anxiety, Jessie also suffered from depression throughout the season. But what helped her overcome her struggles was Nick and her friends, not to mention the support of Connie the Hormone Monstress.

Jessie’s return to Bridgerton High School immediately relieves the pressure she felt from inner-city life. While she still suffers from depression and anxiety, Tito and the Depression Kitty have dramatically lost their hold on her. 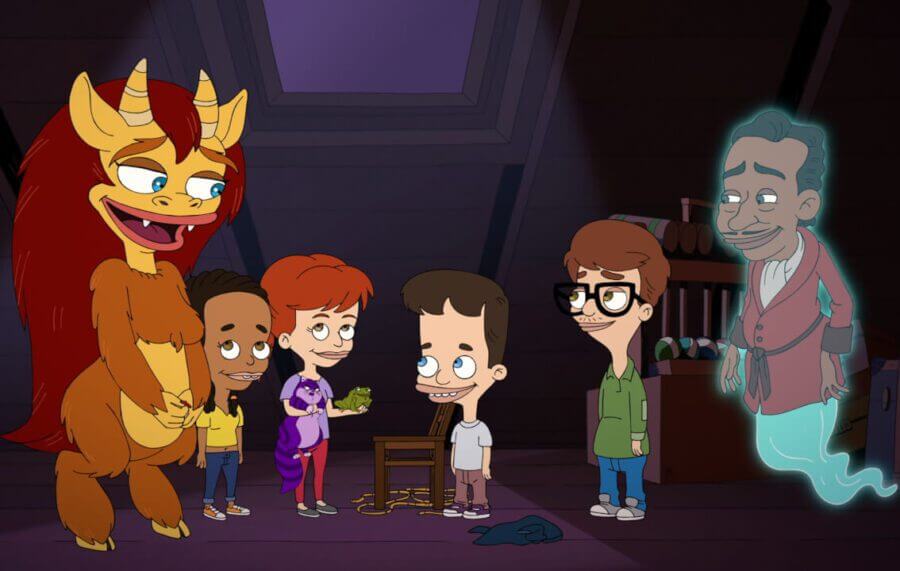 Missy came into her own in the fourth season of Big Mouth and starting to come to terms with her own identity. As she embraces her black heritage, Missy received a wardrobe change, a change in voice actress, and a potential future boyfriend in DeVon. 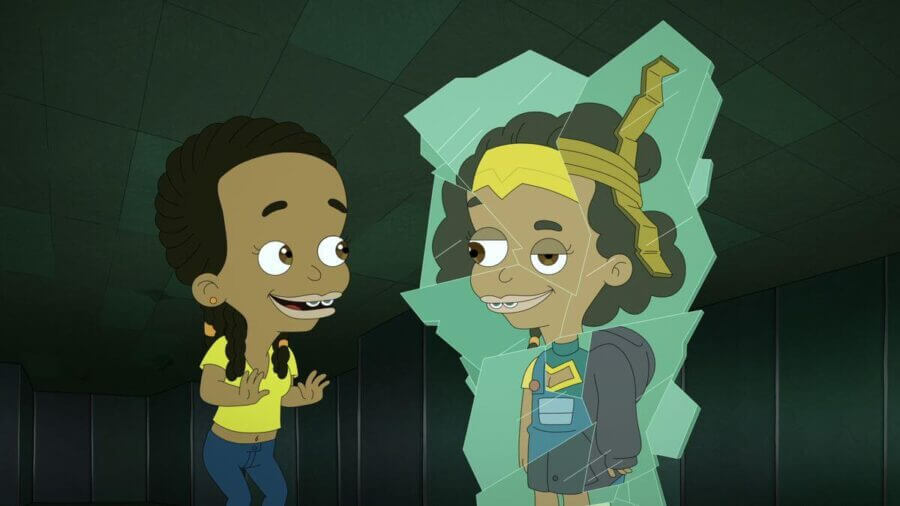 Missy has gone through her own awakening as she embraces her racial identity – Copyright. Netflix

After a whirlwind romance, the Bonnie and Clyde of the series, Lola and Jay are now no longer together. Despite finally coming to terms with her feelings for Jay, the young hot-blooded male had already cheated on her with both of his pillows, sending Lola into a rage. Declaring war on Jay, and stating he is “f***ed” next season.

Thanks to Lola’s declaration, expect to see the pair to go to war with each other in season 5. 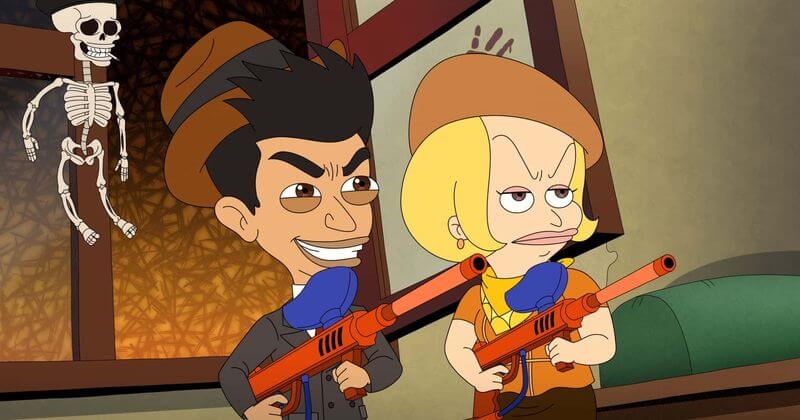 Lola and Jay, the Bonnie and Clyde of Big Mouth – Copyright. Netflix

With each subsequent season, Matthew continues to receive more and more screen time. This season saw his coming out to both parents, and while his mother has outwardly rejected him, Mathew’s father had already figured out his son’s sexuality and seemingly come to terms with it.

Maury has been a very supportive hormone monster for Matthew – Copyright. Netflix

Who are the cast members of Big Mouth season 5?

We can expect to see the following cast members return for the fifth season of Big Mouth:

Jenny Slate stepped down from her role as Missy during the fourth season of Big Mouth, with Ayo Edebiri taking over the role in the episode 4×9 “Horrority House.” From season 5 onward, the role will be played exclusively by Ayo Edebiri.

The series has seen plenty of guest roles, but we’re yet to learn of any new stars set to make an appearance.

Can we expect to see a sixth season of Big Mouth on Netflix?

It’s already been confirmed that Big Mouth will be returning for the sixth season. When Netflix renewed the series for its fourth season, renewal for seasons five and six was confirmed at the same time. It’s unusual for Netflix to renew a series for multiple seasons, but this only exemplifies how much confidence the streaming service has with the series.

Are you excited for the fifth season of Big Mouth on Netflix? Let us know in the comments below!