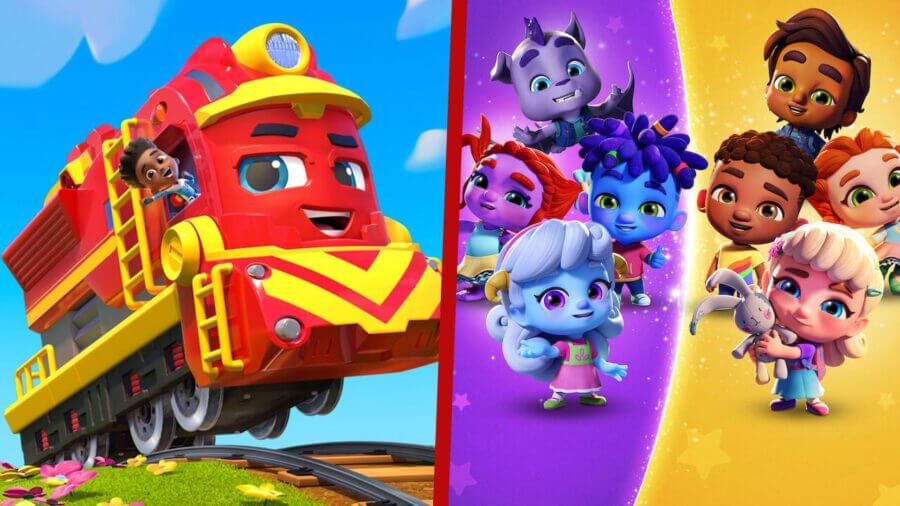 Welcome back to another entry in Emily Horgan’s series reviewing Netflix’s kids’ content strategy by looking into the past, present, and future. Today, in the fourth, Emily will be reviewing Netflix’s breakthrough in the toddler and pre-school space and its potentials for Netflix.

As Santa lists are being written across the world, a pertinent trend is emerging in Netflix pre-school content.  A number of original shows are currently in the works with consumer product expectations attached at outset.

To start with, Mighty Express, launched in September, comes directly from toy company Spin Master.  It was created by Keith Chapman, the producer behind powerhouse franchises, Bob The Builder, and Paw Patrol.  He also has creative input into Buddi, the surreal young-skewing pre-school program about anthropomorphic blobs. Gabby’s Dollhouse, an original show from DreamWorks, which moved slot from November 2020 to January 2021, also has consumer products in the plan.

Without a doubt, there will also be some expectations attached to the slate of shows coming from Netflix’s stable of creators. Amongst them is Chris Nee, known for creating the franchise Doc McStuffins and its follow-up Vampirina. She has five different projects in the works which cover themes like museum adventures, transforming spirit animals, and dinosaurs.  The most progressed of these, Ridley Jones, has been called out as the direct successor to her previous hits. 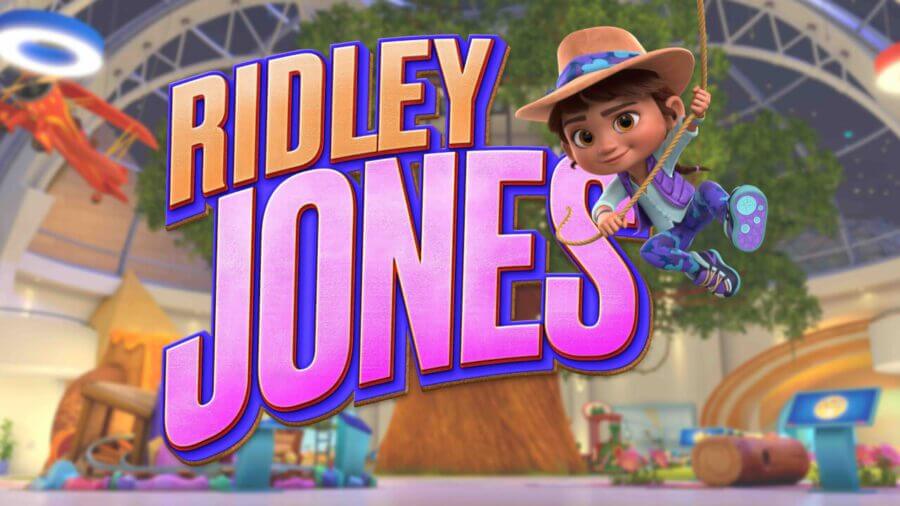 If Indiana Jones were pre-school animation, with a girl lead, it would be Ridley Jones.

In addition to this, the recently launched, multi-titled Trash Truck/Giant Jack comes from Glen Keane’s production company.   This has seen some interest, with various top 10 featuring since hitting the platform on November 10th. The title character, a dog-like, bin lorry is crying out to be made into a toy.

Why is/are toys important for pre-school?

Extension into pre-school consumer products isn’t just about making money, although in success the payoff can be mighty.  The appetite of a younger viewer to continue to engage with the story away from TV builds engagement. Simultaneously, it also acts as a marketing touchpoint, enabling kids to be drawn further into the characters and stories.  Being absent leaves the opportunity for competitors to fill the gap. Regardless of whether you’re there or not toys, and tee-shirts will still be bought, allowing competitors to reap the rewards.

Brands including Mickey Mouse, Peppa Pig, and Paw Patrol, leveraging platforms like Disney and Nickelodeon, have been going toe to toe here for years.  As kid’s linear viewing declines, the rule book is currently being rewritten with platforms like Netflix and YouTube in mind.  As mentioned in a past article, Spirit Riding Free from DreamWorks has proven a streamer led model can work for a franchise, albeit with a slightly older audience.

What has been tried so far?

It’s worth taking a moment to consider what Netflix shows might have bigger ambitions in this space. Super Monsters is a very toyetic prospect.  The team-up of colorful characters with different, relatable personalities plays sweetly with an appealing monster/ghouls premise. It had some licensing in North America but is yet to take off elsewhere. Mighty Little Bheem is another current title with lots of buzz. It completely dominates performance on the Netflix Junior YouTube channel, claiming all top 5 most viewed videos. Bheem’s oversized features would lend themselves well to a baby doll toy, though at this stage, no consumer product extensions have been announced.

The most viewed Mighty Little Bheem video on the Netflix Jr. YouTube Channel

How does this change things?

This changes the game for Netflix, as on-platform performance will no longer be the sole yardstick for their originals.  Their allergy to sharing content performance data is notorious in the industry.   However, the success of product lines will be concurrently followed by their consumer product licensees.  These types of partners are not known for their discretion when properties don’t work.

Licensee’s confidence in the ability to capitalize on a new normal of reaching audiences through SVOD was always going to take time to build.  It is also inevitable that there would and will be winners and losers. What will be interesting is how Netflix manages information sharing with toy partners if, and when, the product is sitting on the shelf.  At that stage, they will need to be answerable to businesses beyond their own which isn’t something they’re used to.