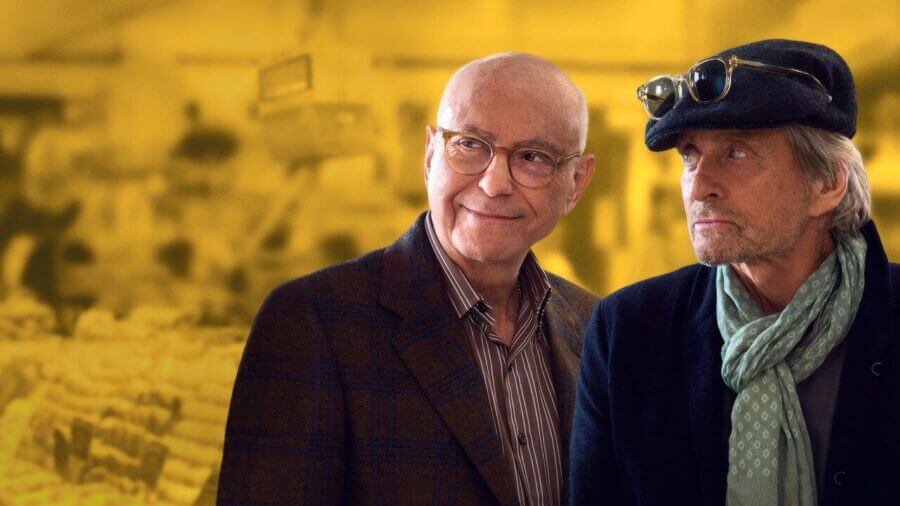 The Kominsky Method is coming back for one final outing but with major changes to season 3 including the biggest that Alan Arkin will not be returning. Here’s everything we know so far about season 3 of The Kominsky Method likely hitting Netflix in 2021.

The Chuck Lorre comedy series is the second comedy series the famed producer (behind The Big Bang Theory and Two and Half Men) has put on Netflix thus far.

His first was the now-doomed Disjointed series that only lasted one season but The Kominsky Method surpasses that and is easily one of the best comedies on Netflix. Proving this was the three nominations Netflix picked up for it (Netflix picked up 160 nominations in total) at the 2020 Emmys with those being for:

Season one arrived on Netflix in November 2018 with season two dropping on October 25th, 2019.

Now let’s take a look at what we know about season 3 of The Kominsky Method.

Has The Kominsky Method been renewed for season 3?

For over six months, the series looked to be in limbo as Netflix hadn’t formally announced a third season. However, that changed in July 2020 when Netflix officially announced it’d return but with the caveat that it’d be the final entry into the Netflix show.

The renewal was made by Netflix in early 2020 according to some sources however didn’t get publicly announced until later in the year.

Chuck Lorre on the renewal said:

“It’s been an incredible experience to see the warm response from both audiences and critics. I’m excited to wrap up the story with this final chapter.”

In a later interview, Chuck Lorre spoke about the show and how it differs from creating comedy series for other networks. He also spoke about the third season in-depth saying:

“This third season feels like the right way to go, we feel we can bring it to a very satisfying ending. I’m writing it now. I don’t know [the ending] yet, I’m hoping I’ll figure it out as I write,”

The Kominsky Method season 2 is now on Netflix

In 2019, Chuck Lorre spoke highly of his show saying to THR that The Kominsky Method was one of his main focuses saying: “I micromanage the hell out of Kominsky. That’s been my baby this year.”

In an interview with Collider back in November 2019 when asked about the third season and whether conversations are being had, Michael Douglas said that there were conversations happening. He added, “he hopes all the moving parts line up together”.

When does The Kominsky Method Season 3 begin filming?

When the series was initially renewed, filming wasn’t allowed to begin due to the ongoing pandemic which stopped most Netflix productions.

In an interview in July, Lorre did hope that production on his shows would get back underway in fall 2020 and that does seem to be the case with many Netflix shows but we’ve yet to have confirmation that The Kominsky Method has followed suit.

In December 2020, we got word via filming permits reported by Variety, that filming had begun on the third and final season. Specifically, filming had restarted in Los Angeles, California at some point in November 2020.

A filming end date has yet to be determined.

When will season 3 of The Kominsky Method be on Netflix?

Now originally, we were expecting The Kominsky Method to arrive on Netflix by the end of 2020 if it followed its traditional schedule.

However, with the summer renewal, delay in filming we’re now expecting the series to debut at some point in 2021.

Everything Else We Know About The Kominsky Method season 3

The biggest change going into season 3 is going to be the departure of Alan Arkin who will not be returning for a third season which was confirmed in late-September 2020.

No official reason for his departure has been given although Deadline does report it was a decision made long ago.

He won’t mysteriously just disappear in the show, however, instead, he’s being written off which could be done in a manner of ways.

Alan Arkin may not be involved with The Kominsky Method season 3 but you can find the actor in another Netflix project that released in early 2020 in the form of his role in Spenser Confidential.

Who else is involved in season 3?

Chuck Lorre is once again expected to write and direct all the episodes with Nick Bakay, Mackenzie Gabriel, Al Higgins, Bob Broder, and Michael Douglas all attached as producers.

Are you looking forward to watching The Kominsky Method season 3 on Netflix? Let us know in the comments.