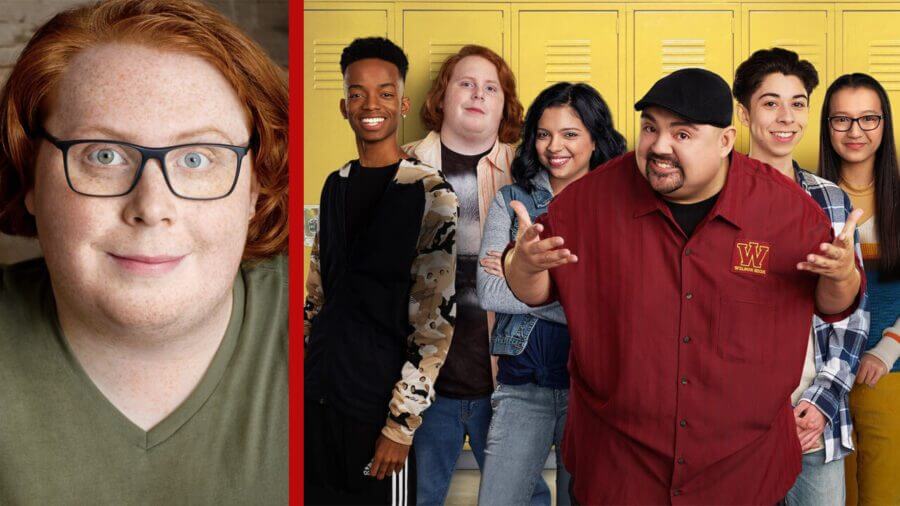 Mr. Iglesias part 3 is now streaming on Netflix globally and we managed to chat to Tucker Albrizzi about his favorite moment from the show so far, what the cast is like behind the camera, and his hopes for the future of the show.

WoN: Hi Tucker – thanks for taking the time to answer some of our questions – can we start by asking how you got your start in show business and how you came to be in Mr. Iglesias?

Sure! So I’m originally from Florida and when I was a kid, I actually started acting as a way to get out of doing school. I continued acting in Florida doing small jobs until 2008  when my family and I moved to California where I’ve been ever since. It wasn’t until 10 years later when I first auditioned for Mr. Iglesias. Funny enough, I actually almost missed going to the audition because I was preoccupied playing video games, so needless to say I have a lot in common with my character Walt.

WoN: Can you tell us what it’s like behind the scenes on the show? Is everyone as cool as their characters on screen?

Most definitely! Working on this show has been an amazing experience and part of the reason it’s been so great is the cast and crew. Everyone is so great to work with it just makes showing up and hanging out on set a great experience. When we’re not working all the students like to have fun; specifically, I remember Fabrizio Guido and I getting razor kick scooters to whip around on set during rehearsal days. We definitely keep it chill behind the scenes.

WoN: What’s been your favorite episode so far? What set it aside from the others?

For me I’d say Part 3 Ep 4, I really liked Walt and Gabe’s relationship, and Gabe teaching Walt how to drive. We also have Franco Escamilla playing Marisol’s father, and being in between Gabe and Franco speaking spanish in the scene pretending to understand was probably one of my most favorite moments of Part 3.

WoN: In the final episode, you revealed some of your killer dance moves – is that all you or did you have to learn anything new?

Those dance moves were 100% not my creation, I’m pretty much the farthest thing from a dancer, and it took a lot of practice, but I was just happy to be able to put on a good show.

WoN: What do you hope to see from your character in the future seasons?

I would definitely love to see some more about Walt’s absentee dad, as that seems like something that has been talked about for the past couple of seasons. Also, you can’t go wrong with some more interaction between the students and the teachers.

I absolutely love Midnight Gospel and have watched that through a couple of times now, the art direction is amazing and the interview portions are really thought-provoking. Other than that, I know I’m really late to the party, but I finally finished Breaking Bad. I can’t believe I waited so long to watch it!