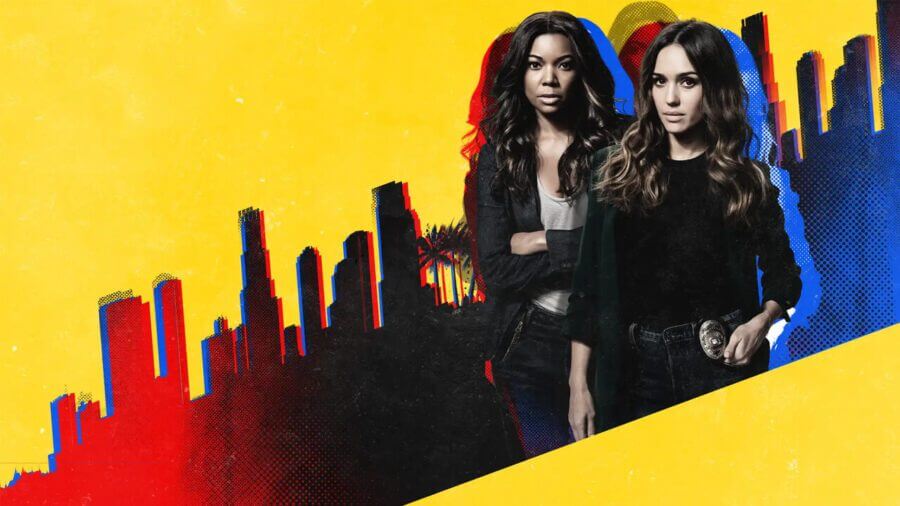 One of the first licensed pickups Netflix has made for 2021 is the first season of Spectrum’s L.A’s Finest which arrives on Netflix US in early January 2021. Here’s what you need to know about the series before diving in.

Produced by Sony Pictures Television, the series is a spin-off from the Bad Boys movie franchise starring Will Smith and Martin Lawrence.

Featuring Jessica Alba and Gabrielle Union, the series follows two cops from the LAPD. The connection to the movies is that Gabrielle Union’s character, Syd, is the sister of Marcus Burnett. Syd is a former DEA agent who teams up with a new partner.

The series fills a big genre gap that Netflix has yet to fill, police crime procedurals. It’s had attempts with its Netflix Original lineup but nothing that can allow it to compete with CBS and NBC who are arguably the kings/queens of the genre.

Season 1 consists of 13 episodes and aired on Spectrum between May and June 2019. A second season, yet to be announced to come to Netflix aired in September 2020. Beyond airing on Spectrum Originals, the series later had a run on Fox too.

All 13 episodes of season 1 are set to come to Netflix on January 5th, 2021. Only Netflix US is announced to get the series added so far.

Spectrum Originals have been a mixed bag so far. L.A.’s Finest serves as the first Original title for the network but has since gone onto produce Curfew, E is for Eddie, and the second season of Man Hunt (which dropped on Netflix US in November).

Some may look to Netflix to possibly revive the show because, as you may know, Spectrum made the decision in October 2020 to cancel the series. A lot will depend on whether Sony Television Pictures would be able to make a revival happen and Netflix’s willingness to give it a pickup for season 3. We’ll see how well it performs.

Are you looking forward to watching L.A.’s Finest on Netflix? Let us know in the comments.