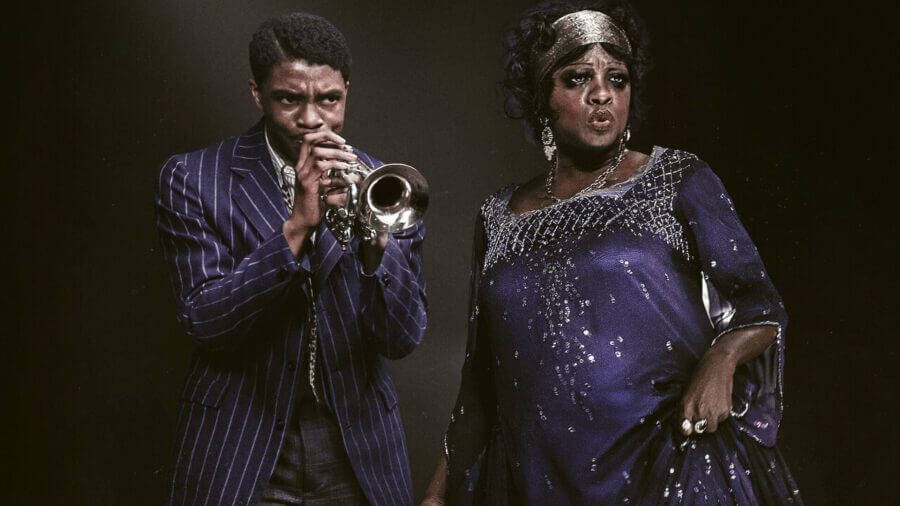 Happy Friday and Netflix is treating us with another big batch of new titles which includes 11 new movies and TV series. We’ll also touch on what’s been trending on Netflix over the past 7 days too.

If you’re wanting to look even further ahead, Netflix has now provided us with the full list of what’s currently scheduled to release in January 2021.

Only one addition to Netflix is expected over the weekend with the release of Rhy Nicholson Live At The Athenaeum on Sunday.

Netflix’s big campaign for December 2020 has been that they’re delivering one solid movie every week. In this week’s case, it’s the long-anticipated movie adaptation of the play, Ma Rainey’s Black Bottom.

It serves as the last movie for the late Chadwick Boseman who passed earlier this year and tells the story of a band during the late 1920s in Chicago.

CoComelon has dominated the top 10 TV series list for much of 2020 after the first collection was added in the summer. Now it’s likely to continue its reign in the top 10 with another 3 collections of the YouTube sensation now on Netflix.

Looking for some stoner comedy to watch over the weekend? Guest House may be for you. Making its SVOD debut today is Guest House which sees a couple buy their dream house but comes at another high price, a lodger that they can’t get rid of.

Full List of New Releases on Netflix for December 18th, 2020

Braven makes a strong debut on the movie’s list but fails to unseat A California Christmas. Tiny Pretty Things finally takes the top spot away from Manhunt: Deadly Games.

What are you watching on Netflix this weekend? Let us know in the comments down below.