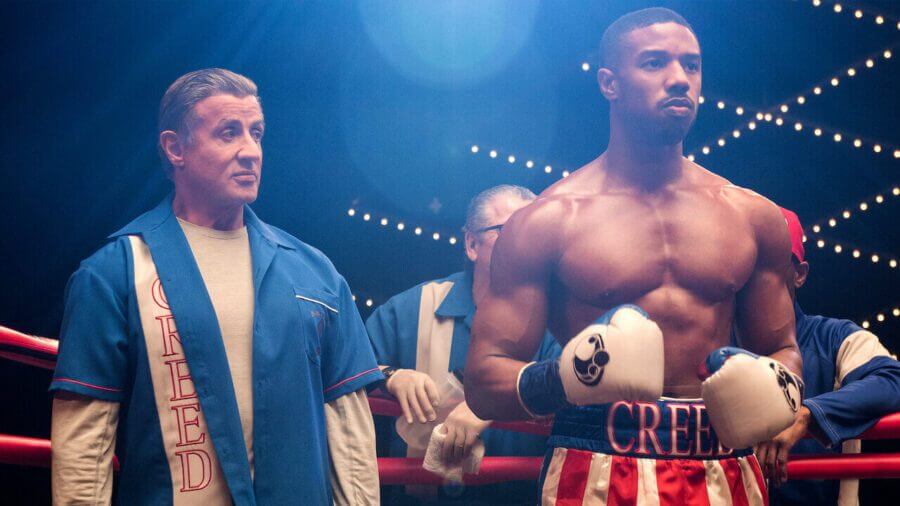 It’s the final round for Creed II on Netflix UK this December, and the final opportunity that UK subscribers have to catch the Rocky sequel spin-off in action. The removal of Creed II is just one of many excellent titles that have left Netflix UK throughout December 2020.

The Rocky franchise was no stranger to sequels. By the time Rocky Balboa arrived in 2006, it marked the sixth film of the franchise. With an aging Sylvester Stallone and rising talent in Michael B. Jordan, it was the perfect opportunity to take the story forward. Adjusting the narrative to Apollo Creed’s son, Adonis was a recipe for success and helped revitalize the love for an underdog boxing story.

In the sequel to Creed, Adonis ‘Donnie’ Creed has become a global star and is the current WBC World Heavyweight Championship. When Ivan Drago, the killer of Donnie’s father Apollo, sees the opportunity to regain glory, he enlists his so, Viktor, to take on the world champion.

We have confirmation from multiple sources that Creed II will be leaving Netflix UK on Tuesday, December 29th, 2020.

You can find the movie’s availability listed on the Netflix App or through your web browser.

Creed II was first added to the Netflix UK library on June 29th, 2019, which means the movie has been available to stream from the UK library for the past eighteen months.

With a streaming license that only lasts eighteen months, Creed II’s time on Netflix UK is over for now.

Every title that Netflix UK licenses have a limited time it will be available to stream. The streaming licenses can range from as little as three months, to as long as five years.

Where can I stream Creed II next?

Prior to its arrival on Netflix UK, Creed II was available to stream on Now TV. The movie will either return to Now TV, where you will need a Sky Movies subscription or alternatively, it will land on Amazon Prime.

Like the majority of titles that leave Netflix UK we cannot categorical say they will never return. Typically with movies such as Creed II, they will go round the revolving door of streaming services in the UK.

If Creed II returns to Netflix UK, it could take as little as twelve months or over two years.

Will you be sad to see Creed II leave Netflix UK? Let us know in the comments below!