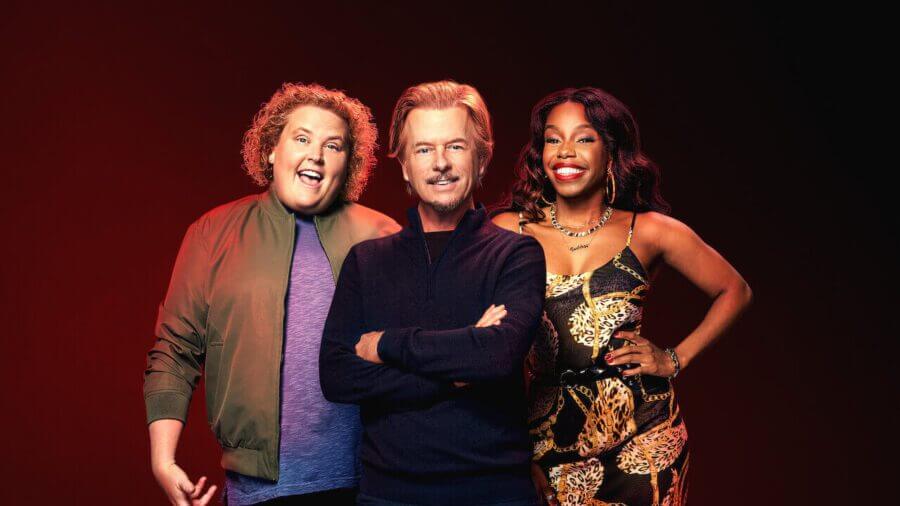 With the news that Cobra Kai season 3 has been moved up to January 1st on Netflix, Netflix has also given the date for the first episode of The Netflix Afterparty after the best-of special that was added to Netflix globally in December 2020. Here’s what you need to know.

In case you’re unaware, The Netflix Afterparty is a new variety/talk show series that debuted on December 13th. It features David Spade, Fortune Feimster, and London Hughes who serve as hosts interviewing guests and performing skits and bits. It was first ordered back in November 2020 and has been given 18 episodes so far.

It’s fair to say the first title in the new “first-of-its-kind” weekly comedy panel show didn’t exactly go down a treat. On IMDb for instance, the title has only managed to garner a 5.1/10 from a rather measly 58 reviewers. The majority of reviewers compare the series to David Spade’s Lights Out show (which is fair given it’s produced by the same company as Netflix’s new version).

The Cobra Kai edition arrives on Netflix the day after Cobra Kai season 3 hits Netflix (which was originally scheduled for January 8th).

So far, we know Mary Mouser, Tanner Buchanan, and Xolo Maridueña will feature in person on the show (with both interviews and skits) whereas William Zabka and Ralph Macchio will be interviewed remotely.

You can see a teaser for the new episode arriving in full on January 2nd in this clip below (also available on the Netflix app and website).

Cobra Kai has become one of Netflix’s hottest properties taking over the world by storm when the first two seasons (originally on YouTube Premium) joined Netflix over the summer. Netflix has also given the series a fourth season order due to begin production in early 2021.

Will you be checking out the Cobra Kai episode of The Netflix Afterparty on January 2nd? Let us know in the comments down below.