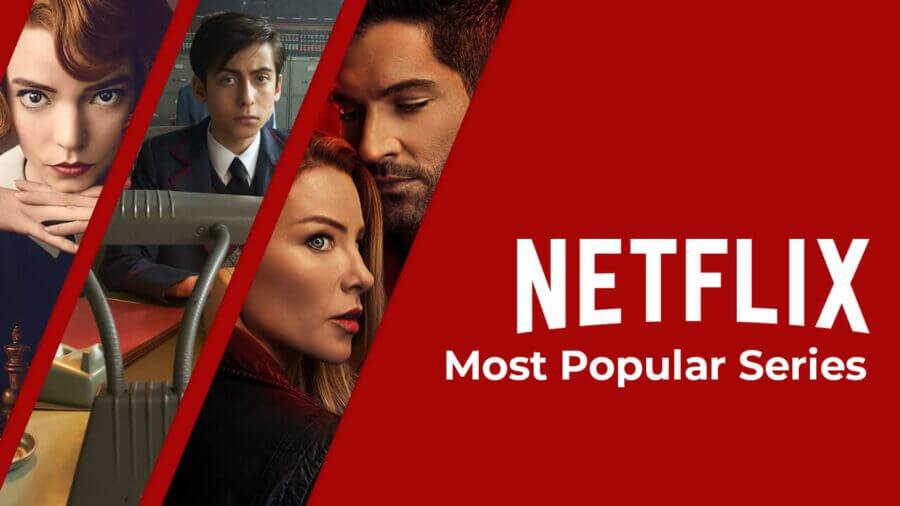 Welcome to the second part of our look at the biggest shows and movies of 2020 on Netflix according to the Netflix top 10 feature. Below, we’ll take a look at the series that trended on Netflix from the introduction of the top 10 feature through to the end of the year.

Wondering what movies dominated the top 10s in 2020? Check out our separate guide for those here.

These lists are compiled by Flixpatrol who track various top 10s from different countries around the world which allows us to take a peak into what’s trending around the world at any given time. They’re not the definitive way of learning what’s the most popular on Netflix but they certainly provide a good picture of what’s been dominating the charts in 2020.

You’ll notice in the global list that most titles are Netflix Originals. The reason for this is because they’re the most widely available globally. Titles that are licensed, such as The Office which is only available in the US and Canada are essentially capped at how many points they can earn due to this so bear that in mind.

Imagine someone telling you at the beginning of 2020 that a show about chess would be the most popular series on Netflix. That has been the reality with The Queen’s Gambit winning the hearts of millions around the world since its debut in November. It’s performed exceedingly well across the world hence topping the TV chart for 2020.

This rom-com almost saw an instant renewal by Netflix and the reasons why is demonstrated here. Netflix’s ability to create fresh IP is something that only a few of its competitors can currently keep up with Disney+ and HBO Max relying on churning out sequels and spin-offs.

Its reign in the top 10 has also been attributed to the rise of ambient TV.

This is possibly the best revival Netflix has ever made and its popularity continues to amaze us. Lucifans as they are known catapulted season 5 part 1 up to the top of the charts around the world which led to Netflix canceling its plans to end after season 5 and proceed with a sixth season.

The Umbrella Academy is one of the flagship shows for Netflix and gives Netflix a fighting chance against Disney+ and HBO Max which has a far superior lineup of superheroes to chose from.

The second season of The Umbrella Academy was well-received and did well across the globe.

It should come as absolutely no surprise to anyone that Money Heist ranks well here. The fourth part came right in the middle of most countries’ lockdowns and hence its huge performance.

It also indicates what you’ll see a lot on this global list. That Spanish language shows are the second most popular after English titles.

Cocomelon was a largely US phenomenon but it’s led to the title being a permanent fixture in the top 10s since the summer. The Queen’s Gambit comes in second but losing by close to 200 points.

Avatar: The Last Airbender is another noteworthy title in the US top 10 but finally ran out of steam in the height of the summer.

In the United Kingdom, there are a few noteworthy titles. Up the top is a licensed title in the form of The Fall which did well from the re-addition to Netflix UK. White Lines is a notable title too given it was soon canceled after the first season and the UK was one of the few places where the title gained any steam.

In Australia, The Last Dance did exceedingly well suggesting the NBA is very popular down under. Friends and Rick & Morty are the two licensed titles worthy of note too.

Paw Patrol which originates from Canada did exceedingly well this year on Netflix CA. Modern Family from 20th Century is also noteworthy achieving the number 2 spot.

We’ll be back later in the week with more insights from the Netflix top 10s including some of the losers of 2020.