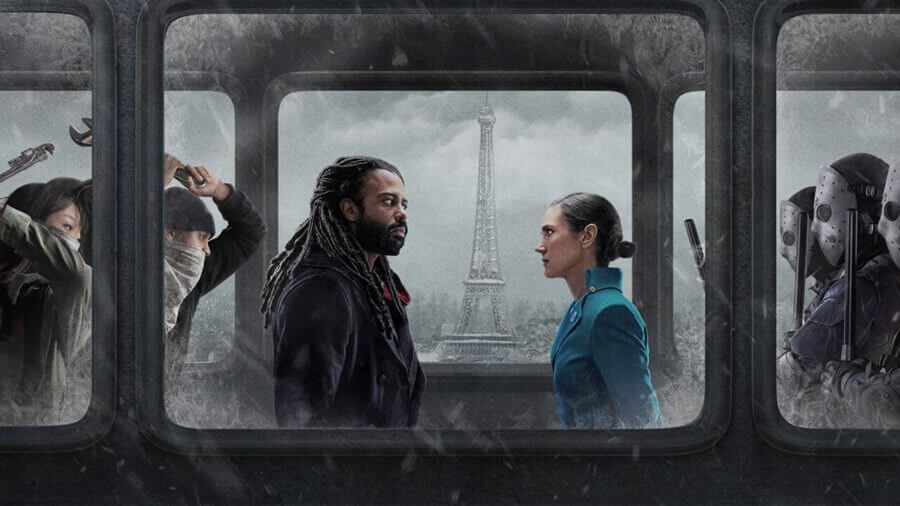 Snowpiercer will be returning for its second season in early 2021 and will once again be dropping on Netflix internationally on a weekly basis. Here’s the current expected release schedule and a little on what we know about Snowpiercer season 2.

The dystopian thriller that’s based on the screenplay by Bong Joon-ho kicked off in mid-2020 to mainly positive reviews. Netflix managed to scoop up the international rights to the series which airs first on TNT (owned by Warner Brothers) where it released weekly.

Notably, in season 2, Sean Bean will be visible in the flesh as opposed to being just heard over the tannoy system. It’s also going to be the case that Netflix internationally carries the show on a weekly basis for season 2.

New episodes don’t look like they’ll be coming exactly one day after the premiere. Instead, they’ll come to Netflix 5 days afterward.

For the moment, the only release date we know so far is that season 2 episode 1 is due to premiere on January 25th, 2021. The first episode will then drop on Netflix the following morning at 8 AM GMT (view what time this is in your timezone).

That means new episodes will air in the United States on TNT on Mondays and come to Netflix on Tuesdays. This is slightly different to season 1 which used to air on Sunday evenings in the US before hitting Netflix on Mondays.

Below is a release table for the 10 expected episodes at the moment. Season 1 ran for 9 weeks straight with the ninth and tenth episode airing on the same day. We’ve assumed that’s happening again here but will update should that change.

Will Snowpiercer be coming to Netflix US?

While we did hold out hope that Netflix in the United States and Canada could see Snowpiercer added as we’ve seen with other licensing deals of this nature. That looks almost certain not to happen.

Although the series has been missing on a streaming service of any kind, January 2021 will see the first season added to HBO Max in the United States. Season 2 will likely follow in early 2022.

Are you looking forward to Snowpiercer returning for season 2 on Netflix? Let us know in the comments.