I Care a Lot – Copyright. Netflix

Rosamund Pike will be starring in her first Netflix Original movie, in the comedy-thriller, I Care a Lot. Coming to Netflix in February 2021, we’re keeping track of everything you’ll need to know about I Care a Lot, including the plot, cast, and Netflix release date.

I Care a Lot is an upcoming Netflix Original comedy-thriller written and directed by J Blakeson. Production was handled by Black Bear Pictures and Crimple Beck.

In September 2020, I Care a Lot had its world premiere at the Toronto International Film Festival. When Netflix acquired the world distribution rights to the movie, it marked the fourth film from TIFF that Netflix has acquired.

When is the I Care a Lot Netflix release date?

It has been confirmed that I Care a Lot will be coming to Netflix on Friday, February 19th, 2021.

As Netflix has acquired the world distribution rights to the movie, every region with Netflix will have access to I Care a Lot.

What is the plot of I Care a Lot?

A legal guardian bites off more than she can chew when she tries to steal money from a client who has ties to a powerful gangster. 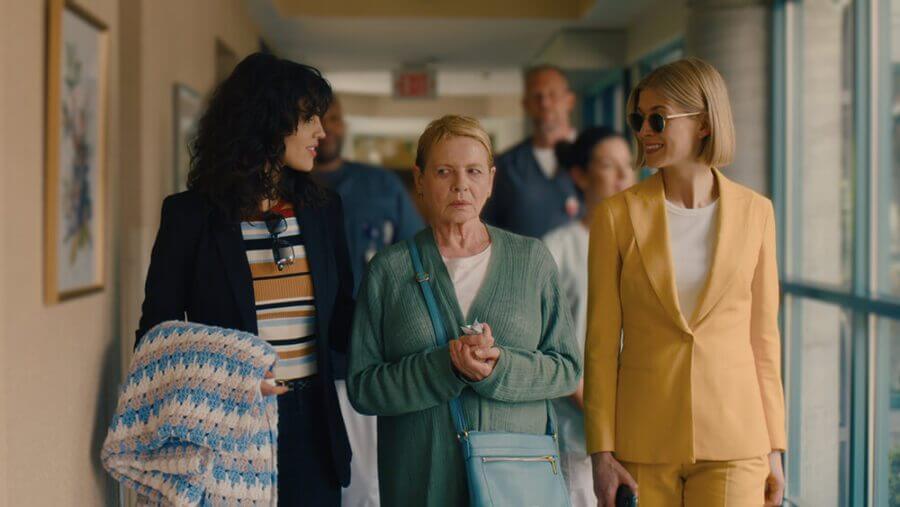 Who are the cast members of I Care a Lot?

The following cast members have been confirmed for I Care a Lot:

When did production take place for I Care a Lot?

Filming for I Care a Lot begun in July 2019, and took place in the town of Dedham, Massachusetts.

It has been confirmed by multiple sources that I Care a Lot has a runtime of 118 minutes.

Will I Care a Lot be available to stream in 4K?

The vast majority of Netflix Originals are available to stream in 4K. We’re expecting to see I Care a Lot to be released on Netflix in 4K.

If you want to watch Netflix Originals in 4K you will need a 4K device, a premium Netflix prescription, and an internet connection capable of maintaining 25Mbps.

Are you going to be watching I Care a Lot on Netflix? Let us know in the comments below!