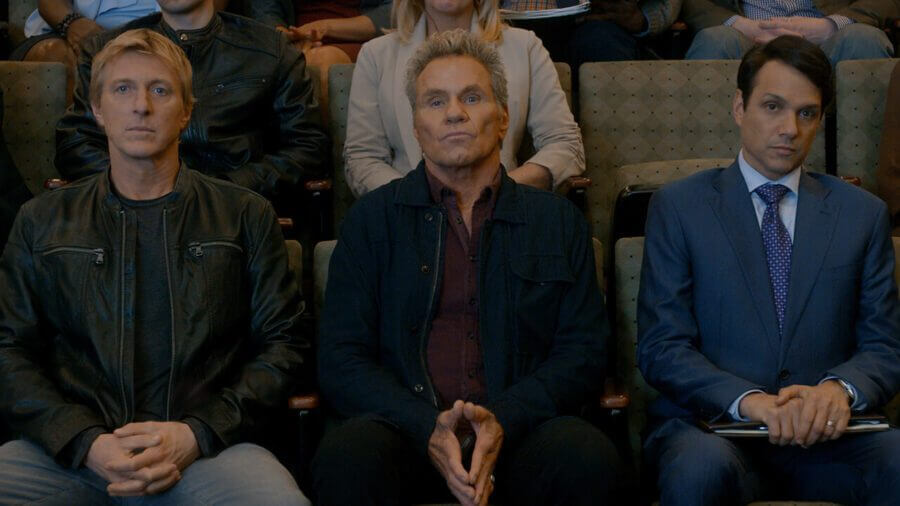 Cobra Kai Season 3 lands on Netflix on January 1st, 2021 and just a couple of short weeks later, filming will reportedly begin on season 4 from January 20th.

As we’ve learned previously, season 4 was always due to begin production in early 2021 although exact dates weren’t determined at the time of publishing that article.

According to issue 1226 of ProductionWeekly, we now have firm dates as to when the series will begin filming. It lists that Cobra Kai season 4 is currently due to start filming on January 20th, 2021 and run through April 15th, 2021.

Filming will once again take place (as per the previous three seasons) in Atlanta, Georgia.

Back in October 2020, Hurwitz stated that COVID-19 while having an impact on filming itself won’t be incorporated into the story adding that the show will be filmed under strict COVID protocols.

There are initial plans to film Season 4. Other shows have been filming with strict Covid protocols and everyone is learning from their experiences. Covid shouldn’t have an impact on the story we’re telling. We just need to find safe ways to tell that story. #CobraKai https://t.co/Qctbefu5Ic

It shouldn’t come as a surprise that season 4 is due to begin filming so quickly, just a couple of months ago, the writers confirmed they were already outlining some of the later episodes in the season, and on October 24th, 2020 it was announced that it was the last official day in the writer’s room for season 4.

We’ll have a full preview of season 4 out shortly (likely tomorrow)  going over everything we know about season 4 thus far. We already know a few extra tidbits already including that Leo Birenberg and Zach Robinson are once again set to return to do the score.

Once season 3 hits Netflix, don’t forget to check out the cast who will be appearing in the first episode of The Netflix Afterparty which drops on January 2nd.

Are you looking forward to season 4 of Cobra Kai? Let us know in the comments.