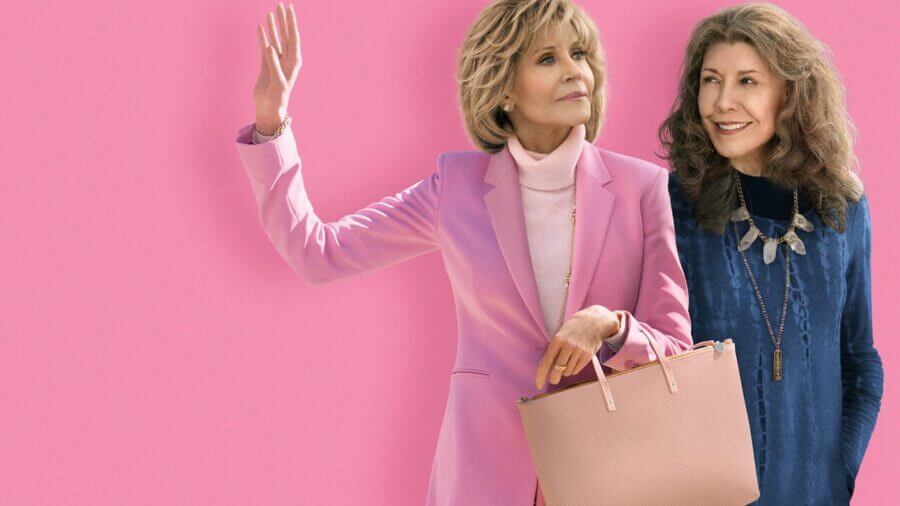 Netflix’s premier comedy series has been a triumph; was there ever any doubt it would be? After all, Netflix recruited the talents of Jane Fonda and Lily Tomlin to play the main roles and hired the creator of NBC’s Friends (no longer on Netflix in the US) to create the series.

Season 6 of Grace & Frankie was made available on Netflix as of January 15th, 2020 globally and originally, we figured the final season would hit in January 2021 but as you’ve probably figured out, the series was delayed.

Why is Season 7 of Grace & Frankie the final season?

On September 4th, 2019 we got word that Grace & Frankie had already been renewed ahead of its January 2020 season 6 release date. The official Twitter account also confirmed the news that season 7 is a go.

We’ve seen Ryan Gosling chairs, yam lube, vibrators, broken hearts, new loves and a whole lot of weed, and we still have so much more to share with you. Grace and Frankie Season 6 and 7 coming soon.

When the show got its seventh season renewal (which was alongside season 6) it was announced that it would be the final.

Officially, we don’t know why Netflix has chosen season 7 to be the final season, but it’s likely due to the showrunners naturally wanting to conclude the show. Too many shows go on for too long, and although Netflix is somewhat notorious for axing shows quite quickly, Grace & Frankie has had plenty of time in the limelight.

“It’s thrilling and somehow fitting, that our show about the challenges, as well as the beauty and dignity of aging, will be the oldest show on Netflix.”

Marta Kauffman already has several new projects in the work according to an interview she recently partook in for Rolling Stone. That includes a pilot going to TNT and a screenplay based on the book We Are All Completely Beside Ourselves.

Where is Grace & Frankie season 7 in production?

According to our sources, Grace & Frankie began production soon after season 6 released on Netflix. In fact, filming for the seventh season is began on January 27th, 2020.

As per previous seasons, all the new episodes are being shot in Los Angeles with Marta Kauffman and Howard J. Morris returning to show running duties.

In March 2020, however, the show’s production was shut down alongside other Netflix productions such as Russian Doll as the global pandemic of Coronavirus takes its toll on productions. There’s currently no news when season 7 will be back in production but this could have a material effect on the release date.

In April 2020, to continue preparation for the inevitable return to production, the cast and crew of Grace & Frankie did a special live stream table read of an upcoming episode in season 7. The table read was supporting Meals on Wheels.

The live table read was watched by thousands who actually managed to crash the Meals on Wheels website thanks to their kind generosity.

We launched a Facebook fundraiser for @GraceandFrankie fans who crashed our site with their generosity! You can donate here: https://t.co/RW9FDiRIeT https://t.co/NG2q46t4ho

Since then, news on any restarting of production has been quiet up until November 2020. That was when Jane Fonda posted on her blog about her plans for the holiday season.

Perhaps more importantly, she included a bunch of new information on the final season including that they’re currently planning to continue filming in early June 2021. She added a bit more on why the delay is so long saying: “A long time to wait but, given the age and vulnerability of the 4 leads, it’s best. I’ll be headed into 84 by the time we’re done. Yikes!”

When will season 7 of Grace and Frankie release on Netflix?

Season 4, 5 and 6 have all released on Netflix in the first month of the year.

That’s why we were originally predicting that season 7 of Grace & Frankie will be on Netflix in January 2021.

However, will the pause of production and its continuation on hold indefinitely, that could mean that we see it delayed into the middle of 2021. Nothing is confirmed on this front yet but as always, we’ll let you know right here should anything change.

We’ll keep an eye on this as we learn more.