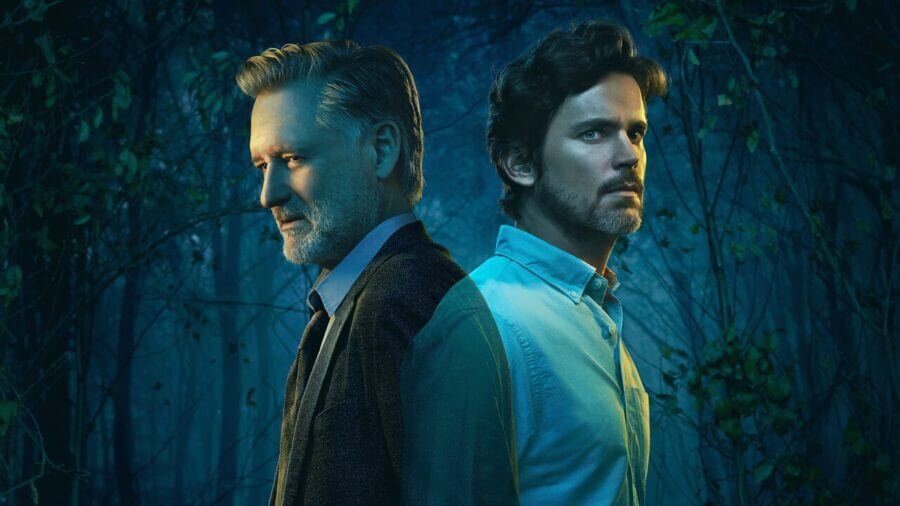 What you need to know before watching The Sinner season 3

Season 3 started on USA Network on February 6th with another planned eight episodes wrapped up on the network on March 26th, 2020.

The headline casting announcement for the new season was Matt Bomer joining the cast. The star is most known for his recent recurring role on American Horror Story but also you probably know him from White Collar which sadly left Netflix back in 2018.

Bill Pullman was also confirmed to return for the third season

Get ready for a new chapter of #TheSinner. @MattBomer joins Bill Pullman for the third season of the critically acclaimed series. https://t.co/oq4oPp8dv5 pic.twitter.com/cHhj4mPOWf

Jessica Biel is returning for the third season but so far, she’s only announced she’d be working as a producer. She hasn’t ruled out a starring role, however.

In terms of story, it’ll be following Detective Harry Ambrose once again as he begins a new investigation that should be a routine one but turns out to be one of the most dangerous he’s ever encountered.

Now let’s move onto the third season of The Sinner and when it’ll be on Netflix.

When will The Sinner be available on Netflix in regions where it’s an original?

For the majority of countries outside of the United States, The Sinner is considered a Netflix Original. That means Netflix exclusively distributes the show in these regions.

These regions are currently set to get The Sinner season 3 added on June 19th, 2020.

Another June update: The Sinner s3 comes to Netflix UK/IE on 19 June.

When will The Sinner season 3 be on Netflix US?

Netflix in the United States sadly has to wait a little longer than those outside the US. Season 2 of The Sinner arrived in August 2019.

Originally we predicted the third season could join Netflix anywhere between August 2020 and August 2021.

Now we can confirm season 3 of The Sinner will be made available on Netflix US exactly one year after it began airing on USA Network on February 6th, 2021. 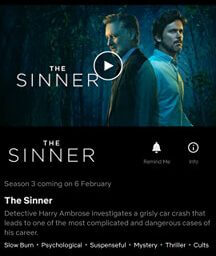 Are you looking forward to catching season 3 of The Sinner on Netflix? Let us know in the comments.