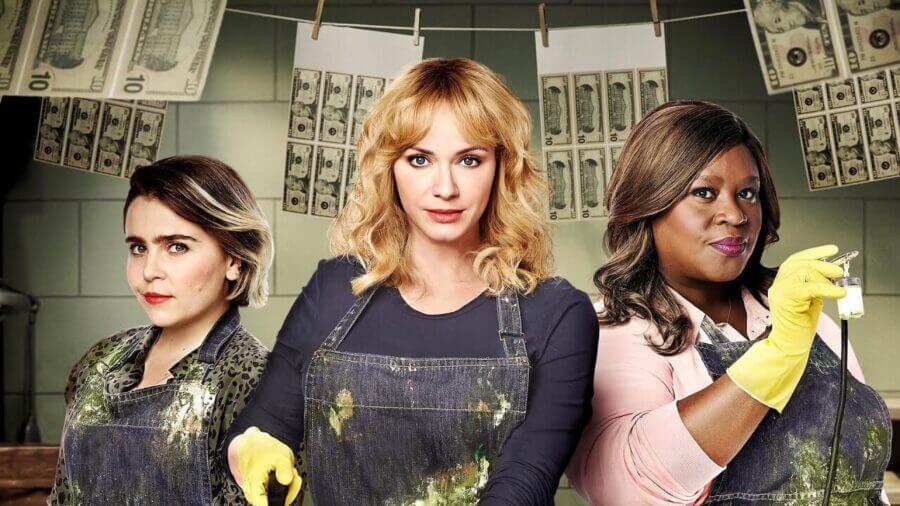 Good Girls returned to NBC for season 3 in early 2020 and will slowly be coming to Netflix around the world throughout 2020 and into 2021. When will Good Girls season 3 be on Netflix where you live? Let’s take a look.

Just to recap for anyone out of the loop or unaware of what the series is about. Christina Hendricks, Retta, and Mae Whitman all play housewives who get wrapped up in a criminal conspiracy after pulling off a heist in a supermarket.

Season 3 began on NBC in the United States in February 2020 and wrapped up after 11 episodes in early May 2020. For those wondering if season 3 is the final season, don’t worry: the show was renewed for a fourth season soon after the season finale. Despite a fourth season renewal, we’re still yet to learn when that will premiere as the production was affected by COVID-19 (this will be important in a second).

As you may know, Netflix first picked Good Girls up as an Original internationally back in 2018. Sadly, it does not release like The Good Place with weekly episodes. Instead, you have to wait until the series has concluded.

In June 2020, we got confirmation that Netflix in the United Kingdom would be getting season 3 of Good Girls on Netflix on July 26th, 2020.

We’ll be updating those international viewers regard season 4 in another post further down the line but you can probably expect a much later release date for next season.

When will Good Girls be on Netflix in the US?

Sadly, Netflix in the US won’t get weekly episodes either and will likely have the longest to wait compared to international regions.

Instead, we can give you a pretty accurate prediction of when Good Girls will be on Netflix. That’s because the previous two seasons have released in the same month.

Our prediction was that Good Girls season 3 would be on Netflix US in January 2021 but that is yet to materialize.

Instead, we’re currently predicting season 3 will drop shortly before season 4 will begin airing on NBC which as of January 12th, 2021 – there’s no date for yet.

You may be wondering with NBC releasing its own streaming service whether Good Girls will be departing. The good news is that, no, Netflix is keeping Good Girls for the foreseeable future.

What’s likely going to happen is Netflix keeps getting new seasons and once the show has finished it’ll then depart several years after. This has been the case with most shows on the so-called “legacy contracts”.

There are plenty of NBC shows that will be leaving Netflix though so make sure to watch them all before they do depart.

Are you looking forward to watching Good Girls season 3 on Netflix? Let us know in the comments.