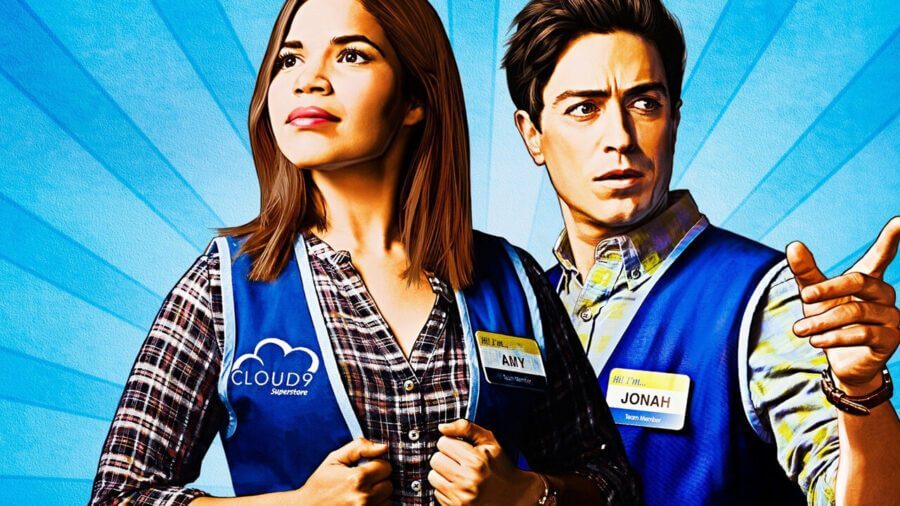 Superstore is returning on NBC for its sixth season from October 2020 and if you’re looking to catch up on previous seasons or learn if new episodes are coming to Netflix, sadly you’re going to be disappointed but that could soon be changing with Netflix Canada announcing it’ll be on Netflix soon.

It’s been two years since we last posted about whether Superstore and the streaming landscape has transformed dramatically, however for this show at least, things have stayed much the same.

Justin Spitzer is behind the hit NBC comedy (know for The Office and Mulaney) which airs on NBC every Thursday and takes a look at the lives of employees at a big box store. America Ferrera stars alongside Ben Feldman, Lauren Ash, and Colton Dunn. Season 6 began airing on NBC from October 29th, 2020 which is slightly later than its usual slot but that’s down to COVID-19 delays on production.

Superstore is not streaming anywhere on Netflix except in Canada

Sadly nothing has changed since our last update, Superstore can’t be found anywhere on Netflix.

In recent years, Netflix has managed to secure international rights to many of NBC’s comedies. The Good Place is a Netflix Original in the majority of international Netflix regions as is the recently released Good Girls.

In the case of Superstore, because the show started releasing before Netflix and NBC cozied up as it were, other deals were put in place.

That was the case until January 2021 when it was announced that Netflix Canada would be getting seasons 1 through 5 on February 1st, 2021.

✨some very, very good news✨: seasons 1-5 of Superstore will be arriving on Jan 15 AND seasons 1-7 of Parks and Rec arrive on Feb 1!

Where can you stream Superstore instead of Netflix?

In the United States, the show is exclusively available on NBC’s applications (often requiring a cable subscription) and Hulu, which NBC owns a part of.

Weekly episodes and the back catalogue are available on the service. More often than not, Hulu retains the streaming rights to shows for the duration of its lifespan meaning we’re not anticipating it coming to Netflix at all.

Eventually in the United States, we suspect the rights will eventually default over to NBC’s new Peacock streaming service although that’s unclear when it’ll eventually happen.

Elsewhere, the United Kingdom is only available on ITV2 and available to stream on ITV Player.

Are you disappointed in trying to watch Superstore on Netflix? Let us know in the comments down below.