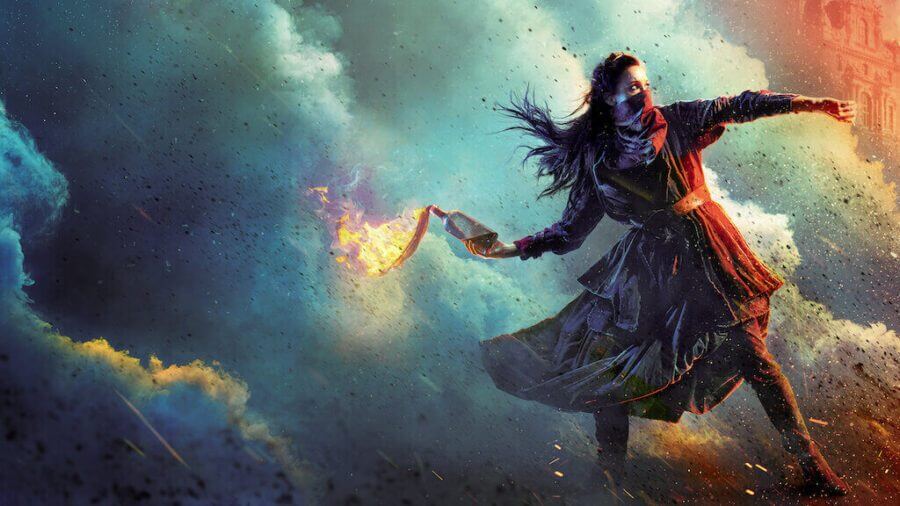 Big-budget French Netflix Original series La Révolution won’t be continuing according to the creator of the show as it looks like a planned season 2 is no longer moving forward.

Created by Aurélien Molas, the series takes you back to 1787 and provides a reimagined take on the well-known French Revolution where investigators finds a disease that causes the aristocracy to murder commoners.

The full first season arrived on Netflix in October 2020. Reviews were generally positive and audiences scores are relatively positive too with it carrying a 6.5/10 on IMDb currently.

Decider gave the series a “stream it” rating saying: “It plays fast and loose with history and political ideals, sure, but more than anything, it’s a fantasy – and a spooky one at that. La Révolution is indulgent, bloody, and mysterious. What more could you want?”

The news comes from Allocine from France who interviewed Damien Couvreur who has helped pioneer Netflix’s efforts in French Original content over the past 5 years. He was there to specifically talk about the new French series Lupin (which by most accounts is doing very well).

When asked about La Révolution and asked about how well it performed it was confirmed there would be no season 2 saying (translated and corrected where necessary from Google translate):

“The Revolution has indeed attracted many members beyond France. For us, this is proof that France, its history and its heritage, can interest an international audience. However, we are not going to renew the series for a second season, because although it has aroused curiosity, the public did not find what they wanted.”

There’s a bit to unpack from this. While Couvreur says that the series performed well outside of France it didn’t do enough to keep people sticking right through to the end if we’re understanding this translation correctly. We’ve known for some time that Netflix monitors how many people start and finish a series as a way of telling whether it’s viable to return. In this case, it would seem lots of people started La Révolution but not enough finished it.

Are you disappointed that La Révolution will not be returning for season 2? Let us know in the comments down below.