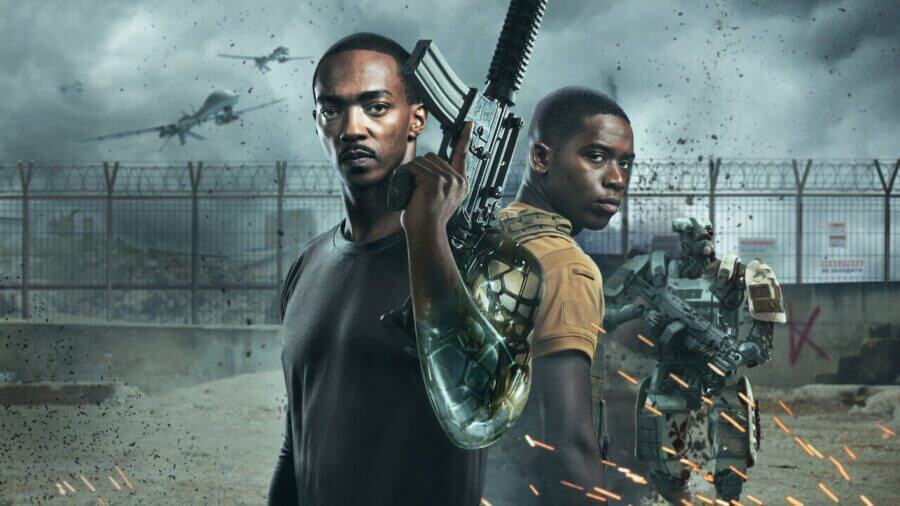 Outside the Wire – Picture: Netflix

Happy Friday and it’s a packed day of new releases on Netflix with 15 new movies and TV series added today so if you’re planning on spending some time with Netflix this weekend, here’s a look at what’s new. We’ll also take a look at what’s trending on the Netflix top 10s too.

A number of high-profile removals occurred today as well as a large number of Turkish movies. Some of the English titles to leave includes Diana: In Her Own Words, Driven to Dance, Deadly Switch, and Only Mine.

Today is the last chance to watch A Serious Man, Dallas Buyers Club, and the limited series, Waco.

Tomorrow, you can expect at least two new releases including A Monster Calls and Radium Girls – full roundup when they drop.

Set in the future you’ll be following a drone pilot being paired with a brand new top of the line android officer who must work together to stop a nuclear attack.

Reviews place the movie in the 50s in most locations with most criticizing the lack of originality.

One movie we suspect will be dominating the top 10s for weeks to come is Penguins of Madagascar which is a spin-off movie based on the headline Dreamworks franchise, Madagascar.

The spin-off follows Skipper, Kowalski, Rico, and Private out to stop the evil Dr. Octavius Brine.

Although the final season of The Magicians failed to meet expectations for many, with all five seasons now on Netflix, it’s the perfect time to jump in if you haven’t already.

The series follows the students of a magic college which airs first on Syfy.

Full List of New Releases on Netflix for January 15th, 2021

Bridgerton has been replaced but for how long? The brand new docu-series Night Stalker dropped on Netflix yesterday and got off to a great start.