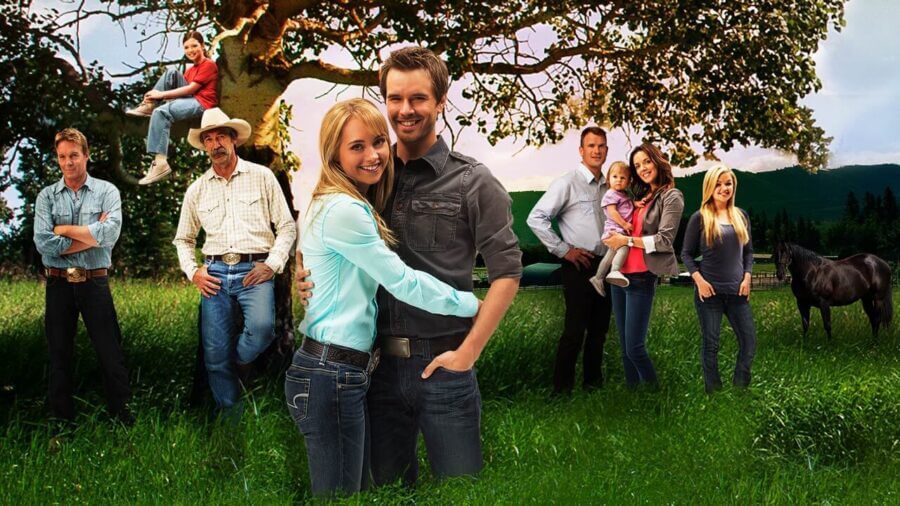 Season 12 and season 13 of Heartland are now out in the wild but have still yet to arrive on Netflix everywhere with the US in particular two seasons behind. Now, we’ve got a date for when we’ll be getting more seasons of Heartland on Netflix.

Netflix, in some regions, has been excruciatingly slow at getting new seasons of Heartland. As we mentioned, the US is typically between one and two seasons behind at any one time. Season 10 was only added to Netflix in the United States in August 2018 with season 11 arriving on August 1st, 2019 with no updates since then.

There’s a bunch of reasons why Heartland should be on your watchlist but if it isn’t already, here’s a little taste as to what you’re missing. The story is based on the book series by Lauren Brooke that follows two sisters and their grandfather looking after their family ranch. It features the best parts of the job and the ever-changing landscape of running a ranch with plenty of ups and downs along the way.

The show comes from CBC in Canada who distributes many of their shows on Netflix with some sitting under the Originals banner such as Workin’ Moms and Schitt’s Creek.

Season 12 of Heartland ran on CBC between January 2019 and April 2019, and season 13 then dropped between September 2019 and November 2019. In late May 2020, CBC confirmed that they would be moving forward with season 14 although that’s not currently expected to air in Canada until 2021.

When will season 12 of Heartland be on Netflix?

Season 12 has already aired on CBC in Canada and is available on most Netflix regions already with the main exception being the United States.

Originally, we were expecting the US to get the twelfth season in its regular release slot of August 2020. However, August 2020 has come and gone and we’re still none the wiser as to when Heartland season 12 will be on Netflix.

We did have fears that Heartland could follow other shows in leaving Netflix but in January 2021, we got word that “seasons” of Heartland are coming to Netflix on February 1st, 2021. We do not officially know whether it’s both season 12 and 13 or just season 12.

Seasons of Heartland coming to Netflix for February 1st, 2021

When will season 13 of Heartland be on Netflix?

Lucky Netflix subscribers in the United Kingdom will be the first to receive season 13 of Heartland outside of Canada. Season 13 released on Netflix UK back on March 1st, 2020.

Most other Netflix regions soon followed and have season 13 available now too.

Originally for the United States, again, we predicted they will be last to get season 13 of Heartland with it not being available until August 2021 at the earliest. However, we do not yet know whether it’s getting included in the February 1st, 2021 drop.

That’s all we know for the moment, we’ll keep this post updated as and when we learn more information regarding the future of Heartland on Netflix.

Are you waiting for more seasons of Heartland on Netflix? Let us know in the comments below.