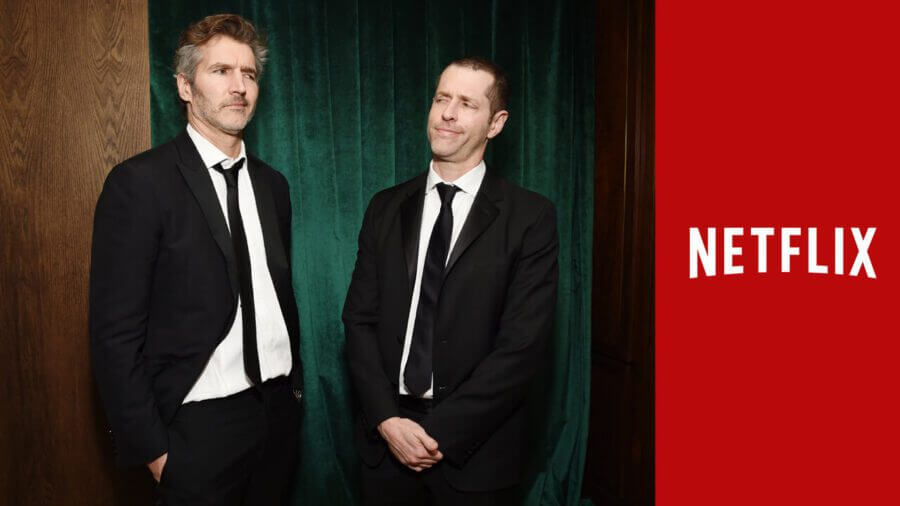 In 2019, after they wrapped Game of Thrones for HBO, David Benioff and D.B. Weiss signed a huge deal with Netflix to produce new projects. A few of them have already been announced and one has already been released. Here’s a look at every project from the famous writers on or coming to Netflix.

As you may know, Netflix signed a big deal with the pair in late 2019 to produce new content. It comes as Netflix signs huge deals with the likes of Ryan Murphy and Shonda Rhimes who are producing projects exclusively for Netflix. You can find a full list of the output and first-look deals Netflix currently has here.

Before we dive into their Netflix projects, let’s just do some quick housekeeping on D&D’s other projects.

Outside of Netflix, the pair will still have some involvement in projects including executive producer credits on several of the Game of Thrones spin-offs. Those include the Bryan Cogman series, the Carly Wray series, and the Max Borenstein series.

In December 2019, the pair were attached to Warner Brothers to an untitled H.P. Lovecraft project that will see the pair direct.

They were also working on a project for Fox called Dirty White Boys but the status of that one has been unknown for some time.

Finally, you may know the pair were due to create a new Star Wars trilogy but that’s no longer going ahead.

Although it technically isn’t from their first-look deal, we’re going to include this stand-up special here.

Leslie Jones is most known for her time on Saturday Night Live but came to Netflix for her first standup special for the streaming service in early 2020.

David Benioff and D. B. Weiss served as the two directors for the special.

You can see Leslie Jones discuss more on the involvement of David Benioff and D. B. Weiss in her stand-up special with Jimmy Fallon.

Projects in Development for Netflix

To date, The Chair is the only official project announced by Netflix. It’s set to be a dramedy.

The official synopsis is as follows:

Currently, two actors have been lined up for the project as well as Amanda Peet and Annie Julia Wyman scheduled to write and produce. Bernie Caulfield is also attached as a producer.

The first actress cast includes Sandra Oh who has exploded in recent years thanks to her appearance on Killing Eve but is also known for her longtime performance on ABC’s Grey’s Anatomy.

The other actor is Jay Duplass who is mostly known for his breakthrough role on Amazon Prime’s Transparent.

It’s early days on this one as it’s yet to officially be announced by Netflix.

The series is set to be “Coming of age comedy about two boys who are obsessed with heavy metal and their quest to beat the popular kids in a battle of the bands competition.”

Think School of Rock mixed with Drake & Josh. There’s been a lot announced about this project including that filming is due to start in early 2021.

When Netflix signed the pair, they were no doubt looking for a Game of Thrones level title and The Three-Body Problem certainly has the potential to be just that.

The novel comes from famed Chinese author Liu Cixin is well received by sci-fi across the globe. Here’s the official logline for the series:

Meanwhile, on Earth, different camps start forming, planning to either welcome the superior beings and help them take over a world seen as corrupt, or to fight against the invasion. The result is a science fiction masterpiece of enormous scope and vision.”

Expect it to be a complex series and unlike Game of Thrones, all the books are complete meaning we should get a more satisfying ending (sorry, not sorry).

Alongside David Benioff and D.B. Weiss adapting the books is Alexander Woo who also holds an output deal with Netflix.

Bradd Pitt, Jeremy Kleiner, Dede Gardner, and Rian Johnson are among the producers.

Collider first reported on Netflix adapting The Overstory but has yet to be officially confirmed.

The novel, which is apparently a favorite of co-CEO Reed Hastings, is about five trees who interact with various humans which brings them all together to address the destruction of trees.

That’s all the projects we know about so far, as we mentioned above, this will be updated over time as more titles and projects get announced so keep it bookmarked.