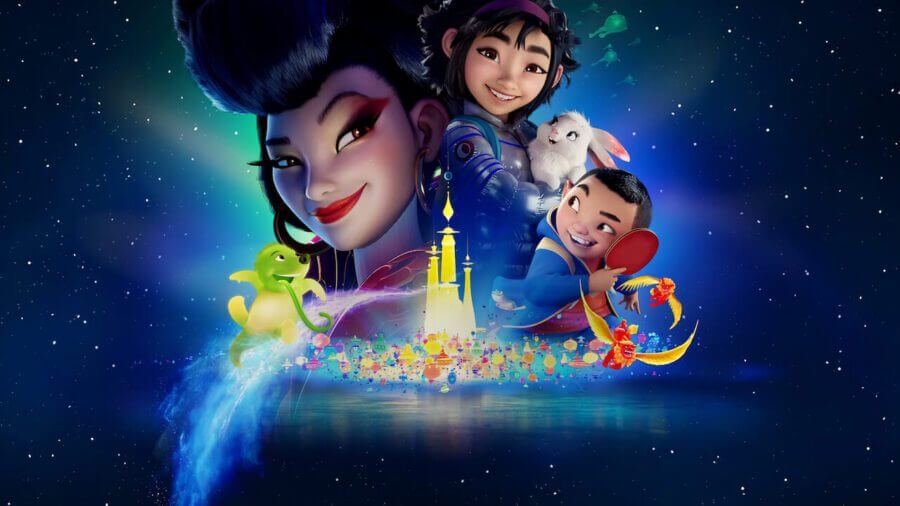 Over the Moon – Picture: Netflix

Netflix announced its Q4 earnings last week and in this article, Emily Horgan, an independent media analyst takes us through the recent quarter with a particular emphasis on Netflix’s kids’ efforts. You can also find this post on Emily’s LinkedIn.

First up a few broad headlines:

Looking at what was discussed relating to kids, families, and animation, let’s start with some performance results which relate to 2 minutes of viewership seen over 28 days.   Comparisons here have been lifted from this very useful article from What’s on Netflix.

One additional shoutout was given to the Christmas Day competition extravaganza which saw Wonder Woman 1984 drop on HBO Max, Pixar’s Soul drop on Disney+, alongside Bridgerton dropping on Netflix. This recognized the strong appetite for content in the marketplace with the familiar goal to make everybody’s favorite show, everybody’s favorite film restated.

Looking at what future plans were highlighted for kid’s content, as well as what we can read between the lines, Reed Hastings said of Disney:

“We’re very fired up about catching them in family animation, maybe eventually passing them we’ll see, we’ve a long way to go just to pass them”

Clean teen film sequel To All the Boys I’ve Loved Before 3 was highlighted, alongside Yes Day, a family movie starring Jennifer Garner and Disney Channel’s Jenna Ortega. The young adult drama ​Fate: The Winx Saga,​ an adaptation of Nickelodeon’s Winx Club (which ran between 2004 – 2009 and was revived again between 2012 – 2019) was also highlighted. I guess that’s one step closer for my outside pitch of a glowed up, live-action film adaptation for Doc McStuffins.

The 70 movies a year marketing message, which dropped last week to much headline news was also mentioned.   This is likely to be more than 70, which is not surprising given Netflix dropped a total of 130 movies last year.

Glad Ted Sarandos clarified on the movie list. Netflix has released over 70 movies every year since 2018. Last year was about 130 movies.

If we dovetail this with Ted Sarandos’ comments at MIPCOM this year, which spoke of an ambition for the platform to release 6 animated films a year, 2021 currently looks as follows:

My Father’s Dragon from Cartoon Saloon had previously been listed for 2021 so may take that last slot. Director Nora Twomey was highlighted among the “greatest animators in the world” by Sarandos in last quarter’s call.

When Sony’s Crunchyroll platform acquisition was compared to the Netflix Millarworld IP acquisition, their view was that they are not in the business of acquiring other streaming services for members. As “builders not buyers” (Sarandos), they are specifically interested in content and IP assets that can be turned into great TV shows and movies.

There was talk of improvements made to parental controls over the last year, some of which I’m yet to see more on further, either as a parent, or as a professional. Perhaps the country roll out is slow. Enhancements include:

If you missed any of my reports on how Netflix is generally doing in the kids sector, you can view the collection of articles right here on What’s on Netflix.