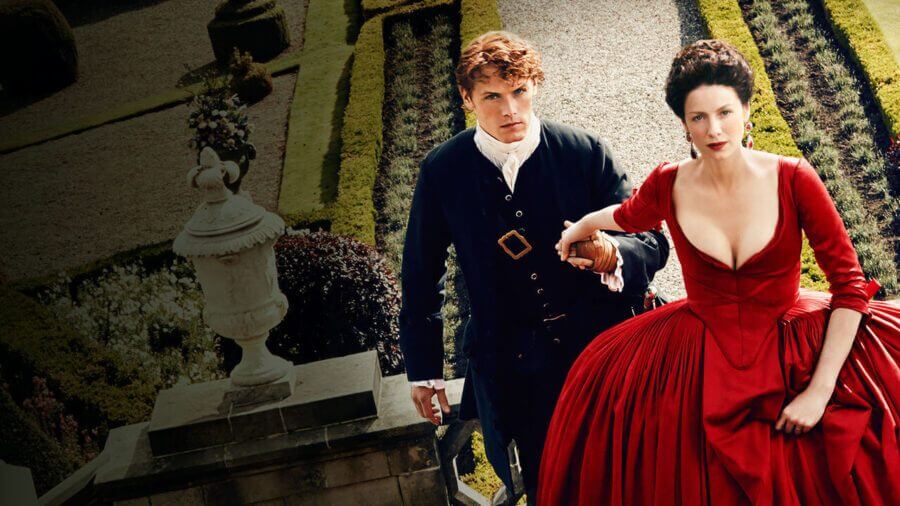 If you’re obsessed with Outlander and looking for the newest seasons on Netflix, you’ve come to the right place. Below, we’ll take you through the release guide for seasons 5 and 6 of Outlander on Netflix which will be different depending on where you live.

The time-travelling drama from the same production company as Netflix’s The Crown has been a fan-favourite since it began airing in 2014.

Before we dive in, it’s worth noting that most regions of Netflix are a season ahead of the United States who only got episodes first added in 2019.

Also worth mentioning that Outlander is not on Netflix in the United Kingdom instead the series is available on Prime Video where it’s listed as an “Amazon Exclusive”.

Let’s begin with season 5 which has yet to appear on Netflix in the US or Australia. We’ve been able to accurately predict when Netflix US will get new seasons and our prediction on Outlander season 4 came true when it was added in late January 2021.

Netflix in the US gets new seasons of Outlander two years after their finale airs on Starz in the US. That means that Netflix US won’t get season 5 until May 2022.

Netflix Australia has yet to get season 5 but we do suspect it’ll be added at some point in 2021.

When will season 6 of Outlander be on Netflix?

If you’re outside the US (or Australia), you currently have seasons 1-5 and therefore, are up-to-date on Outlander.

Although season 6 of Outlander is confirmed, it was swept up among the many series and movies that got paused thanks to COVID-19 and therefore will be airing later than normal and is even questionable whether we’ll see season 6 in 2021.

Filming for season 6 of Outlander is only set to begin from January 2021 meaning it’s going to be quite sometime before it wraps filming let alone airing on Starz.

That would mean most regions of Netflix wouldn’t get season 6 until the end of 2022 or start of 2023.

Netflix US, of course, would be the last to get it with it likely not being on Netflix until 2024.

That’s all speculation for now but we will keep this post-up-to-date as and when we learn of new developments regarding season 6.

Are you looking forward to watching season 5 and season 6 of Outlander on Netflix? Let us know in the comments down below.