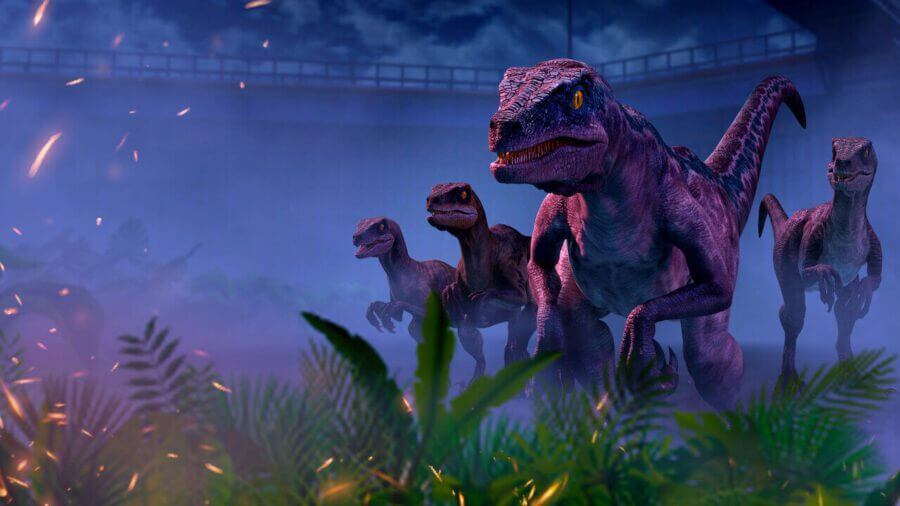 Jurassic World: Camp Cretaceous is back on Netflix now with its second season but will it be coming back for a season 3? Here’s what we know.

The animated series geared towards kids just touched down with its second season on January 22nd with season 1 hitting last September.

So will there be a season 3 of Jurassic World: Camp Cretaceous?

The series certainly ends with plenty of unanswered questions. After stopping Mitch and Tiff from killing the dinosaurs, the group are still essentially trapped on the island but help could be on the way.

There are also lingering questions regarding what exactly E750 is. Some theories include that it’s a Siberian mammoth, a hybrid dinosaur, a Spinoraptor or some other kind of deadly dinosaur.

Has Jurassic World: Camp Cretaceous been renewed for season 3?

Jurassic World is one of the last titles to come out of Netflix’s expansive deal with Dreamworks with the final one (at least announced) Go Dog Go due to drop in February 2021.

Comicbook spoke to showrunner Scott Kreamer and Colin Trevorrow who revealed they hope more episodes are on the way saying:

“We have a lot more story to tell with these characters, and we’ve set up things going back to Season 1 that we definitely want to pay off,” adding “So here’s hoping, because when we started, we knew [that] the opening sequence of Fallen Kingdom, where they go in to get the Indominus tube and all that, that takes place six months after Jurassic World falls. We’ve got plenty of time to tell stories before then, and then still keeping with the canon of the Jurassic universe.”

So they hint there that the show is yet to get officially renewed which is the case. It took around a month between season 1 and the announcement of season 2.

When will season 3 of Jurassic World: Camp Recaceous release on Netflix?

From our past experience with kids shows, Netflix typically orders a big batch of episodes upfront but perhaps more importantly here, they don’t often make it public knowledge meaning it’s hard to predict how long a series will run for.

In fact, we usually don’t hear about the next seasons of the majority of kids shows until they’re one month away from releasing.

Either way, new seasons of Dreamworks shows often drop in 3, 6 or 12-month intervals and that’s what we suspect will happen here. So at the earliest, we could see new episodes available in April or episodes in the Summer or at the start of 2022.

In the meantime, Netflixers in the US (availability with vary outside the US) there are three LEGO Jurassic World titles currently streaming.

Do you want to see Jurassic World: Camp Cretaceous return for season 3 on Netflix? Let us know in the comments down below.