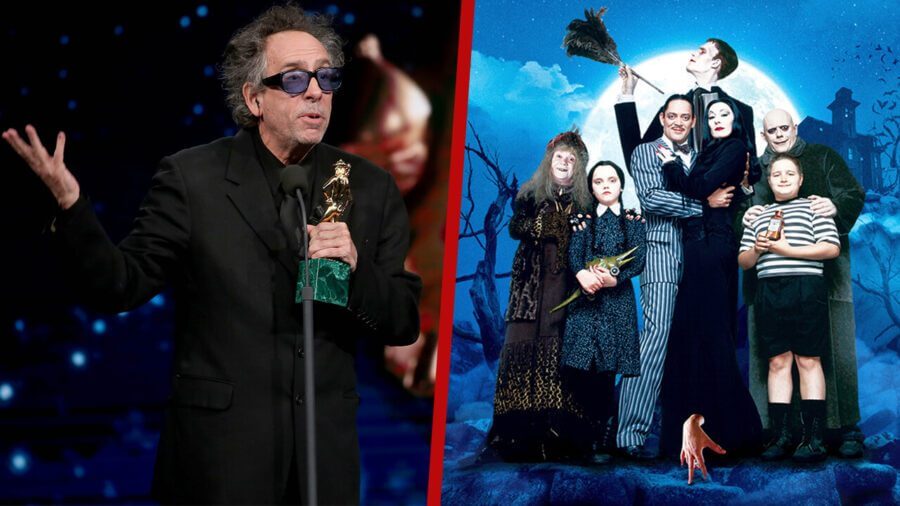 After reports late last year that Tim Burton would be working on a new project for MGM based on The Addams Family IP and Netflix was interested, it now appears Netflix has secured the show. The new show is titled Wednesday and focuses mainly on the character of, you guessed it, Wednesday Addams. Here’s what we know so far.

Just to quickly recap, last October Deadline reported that Netflix was the front runner for a new series based on The Addams Family IP that had Tim Burton attached to direct alongside Alfred Gough and Miles Millar as showrunners and executive producers.

Gough and Millar have had hands in TV projects such as Smallville while also working on Shanghai Noon and Spider-man 2. Burton requires no introduction having been nominated for two Oscars with a vast collection of work ranging from Edward Scissorhands to Corpse Bride to most recently Disney’s live-action Dumbo.

The Addams Family, for those unaware, is about a fictional household that was first seen back in the 1930s in comic strip form. Over the decades, the IP has been adapted into films (both live-action and animated) as well as TV, video games, and musical productions.

Now fast forward a few months it looks as though Netflix has officially won the bidding war to the series and is scheduled to go into production this summer with no release window announced just yet. If we had to guess, it won’t be on Netflix until 2022 at the very earliest.

MGM TV is the production studio ultimately behind the series but Netflix will carry the global distribution rights.

Season 1 of Wednesday is set to be eight hour-long episodes.

We can also reveal what the series will be about. Here are some early details including the logline for the series which follows:

The first season (it’s currently unclear whether Netflix ordered multiple seasons upfront) will follow Wednesday Addams at boarding school where she’s learning to master her growing set of abilities all the while solving a murder mystery, going up against a new growing evil threat, and battling with her various new relationships around the school of Nevermore.

Wednesday Addams (the lead role expected to be Latino or Hispanic) will be aged between 18-20 and the show will also feature Gomez Addams and Morticia Addams who you’ll be familiar with if you’ve watched the movies or read the comics. No cast members have been revealed yet.

As the show is set in a boarding/high school setting, the vast majority of the rest of the cast will be teens. Among the supporting characters for the series include Enid Sinclair, Tyler Galpin, Yoko Tanaka, Xavier Thorpe, Eugene Ottley, Ajax Petropolis, Principal Larissa Weems, Tamara Novak, and Bianca Barclay.

Are you looking forward to Wednesday coming to Netflix? Let us know in the comments down below.