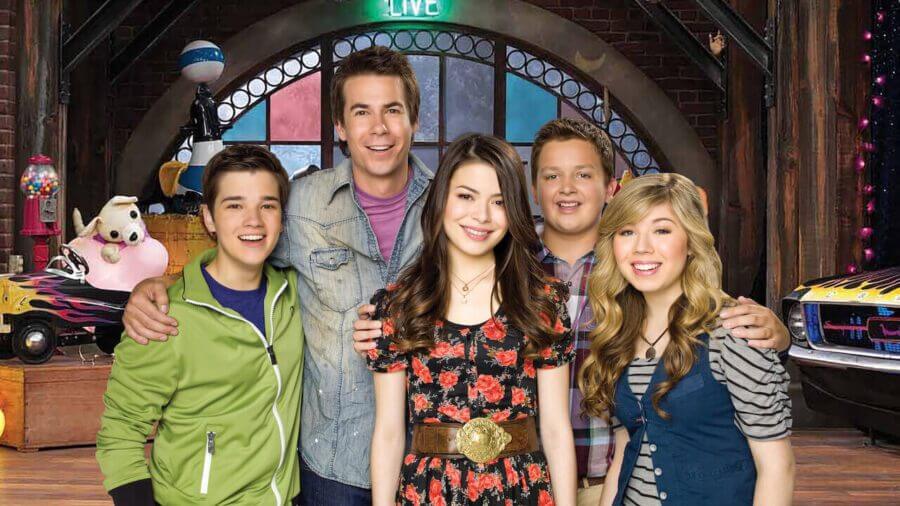 Netflix in the US was treated to seasons 1 and 2 of iCarly in February 2021 which may lead you to question whether or not Netflix in your region will be getting iCarly, when seasons 3 to 6 of iCarly be on Netflix US or whether the reboot will be on Netflix. Let’s try and answer those questions.

As you all probably know, iCarly is the Nickelodeon show that ran between 2007 and 2012 across six seasons. The show comes from Nick super-producer Dan Schneider and featured the talents of Miranda Cosgrove, Jerry Trainor, and Jennette McCurdy.

After years of begging, Netflix was able to license the series from ViacomCBS and it arrived on Netflix (but only in the United States) on February 8th, 2021.

The series has recently seen a big spike in interest given Nickelodeon is currently reviving the show for Paramount+.

The series comes to Netflix along with a slew of Nickelodeon titles over the past few years. Netflix got a batch of Nick titles in early 2020 with Avatar: The Last Airbender and Kora added throughout 2020. In 2021, 2 seasons of its shows hit Netflix including Henry Danger and The Haunted Hathaways joined.

That’s all in addition to the output deal Netflix signed with Nickelodeon for them to produce exclusive content for Netflix.

What seasons of iCarly are on Netflix US?

The series is on Netflix labeled as seasons 1-2 but that doesn’t actually tell the full story.

In fact, Netflix really got seasons 1-3 as some clever sleuths on Twitter pointed out (h/t NickAlive). Netflix got season 1 which consists of 25 episodes and then it combined seasons 2 and 3 (for a total of 39 episodes) into what’s labeled as season 2 on the service.

for anyone wondering, they put the first 3 seasons of iCarly on Netflix, but combined season 2 and 3 so it only looked like there were 2 seasons!!

So that really means that when looking towards the future, we need to be asking when seasons 4 to 6 of iCarly are coming to Netflix.

So, when will seasons 4-6 of iCarly be on Netflix?

And as you’ve probably figured out, it’s not been announced if and when the series will add its remaining seasons onto Netflix.

Our best guess is they won’t be added if at all or for quite some time. ViacomCBS is unlike most competitors of Netflix in the space where their goal isn’t to clawback 100% of its titles to bolster its streaming lineups like Warner Media or Disney are doing. Instead, they’re selectively licensing out titles to build up audiences for them or what we think they’re doing with iCarly, teasing you into a CBS All Access sub (soon to be Paramount+).

We saw a similar tact with Evil and The Unicorn where Netflix was licensed the debut seasons to promote the show to build its audience.

So the TL;DR answer to when will the newer season of iCarly arrive on Netflix is ultimately up in the air and down to Netflix and ViacomCBS to work out a deal.

Of course, you can find the remainder of the seasons on Nick Hits which is available as a Prime Channel or CBS All Access.

Will the iCarly Reboot be on Netflix?

We can almost certainly rule this out as it’s been pegged for exclusive release on Paramount+ but there are possibilities of Netflix picking it up internationally given Paramount+ will be in the US only for the short term future.