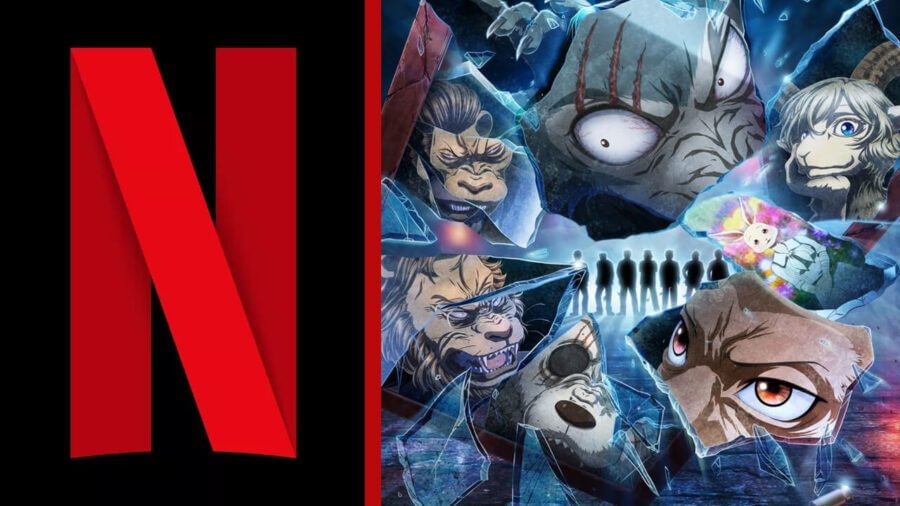 After a very successful season, Beastars has grown to be one of the most popular anime available to stream on Netflix already. Now that we know a second season is on the way, the biggest question is “when will it arrive on Netflix?”. Thankfully, in July 2020 we received news that another season of Beastars is coming to Netflix in 2021.

Beastars is a Netflix Original anime series based on the manga of the same name by author Paru Itagaki.

The manga first debuted in September 2016, and at the time of writing a total of 17 volumes have been published. Since its anime adaptation, the franchise has only grown in popularity with a fiercely loyal fan base.

In October 2020, we got our very first look at Beastars season 2 in the form of a new poster from NX on Netflix. Captioned with “Someone in the Cherryton Academy drama club has a secret”.

Someone in the Cherryton Academy drama club has a secret. Here’s your first look at Beastars season two, coming 2021! pic.twitter.com/9HMVpDfjW7

Has Beastars been renewed for a second season?

If you watched the first season of Beastars all the way to the end credits, then you’ll already know that the anime series is getting a second season.

This is further confirmed by the NX on Netflix Tweet on July 17th, 2020.

Hey Beastars fans, here’s a message from creator @itaparu99 about the future of our furry friends. pic.twitter.com/4bZbQo6yOz

Here’s a transcript of what was said in the video announcement.

Beastars Anime Season 2 will stream in 2021!

It is currenlty in production.

Please look forward to it!”

Orange: Animation Studio (the production company behind Beastars) have even been teasing production shots of season 2.

When is the Netflix release for Beastars season 2?

Thanks to a tweet from the official Beastars Twitter account, we can confirm Beastars season 2 is coming to Netflix internationally in July 2021. We still don’t have a full release date but expect to learn more soon.

The second season has already aired all of its episodes in Japan, running from January 7th, 2021 to February 11th, 2021.

Season 1 of Beastars was broadcast in Japan from October 10th until December 26th, 2019. It eventually arrived on Netflix three months later on March 13th, 2020.

A controversial tweet from Netflix France in August 2020 lead to many fans believing that Beastars would return to Netflix in January 2021. This information was incorrect, and Netflix France later apologized.

Without the series being simulcast, we aren’t expecting the second season of Beastars to arrive until the Summer of 2021.

How many manga chapters will the second season cover?

Not every anime adaptation stays true to the source material but for the better part, Beastars has done a good job with staying in tune with the manga.

Season 1 covered the first 47 chapters of the manga serialization, but season 2 will roughly fifty more.

After reading ahead to see what we can expect from the next season, it’s more than likely the second season will end around chapter 97.

What to expect from the second season?

After saving the life of Haru from the Shishigumi, Legoshi grew closer with the Dwarf Rabbit but still struggled with their differences as prey and predator.

Legoshi finally admitted his feelings to Haru, but before they can become an item, the young gray wolf wants to become stronger. Expect to see Legoshi’s training step up a gear with the panda Gohin.

To become strong, Legoshi would genetically have to eat meat, but as that isn’t an option he’ll be left with no choice but to learn more from Gohin. 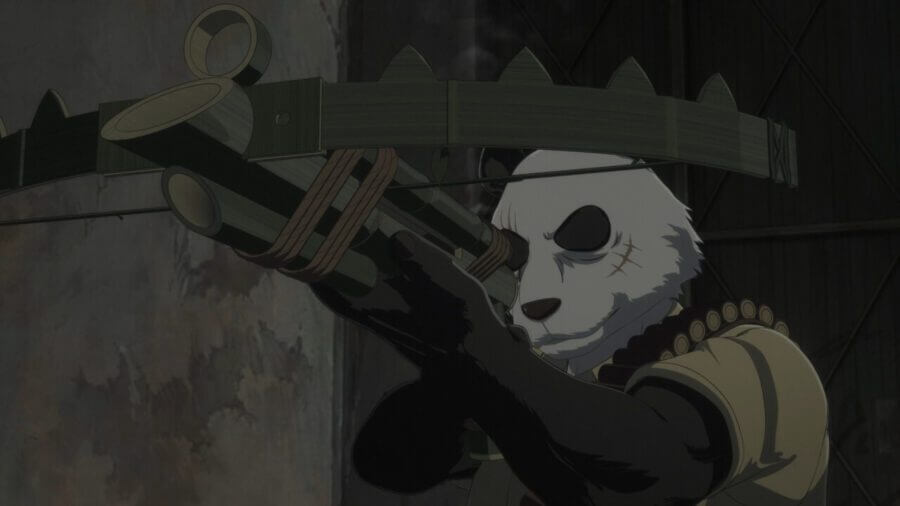 Gohin is the baddest panda around – Copyright. Orange

The fate of Louis

At the end of the first season, it was reported that Louis was missing in the paper, the last we’d seen of the Red Deer was his confrontation with the Shishigumi.

A student as smart as Louis couldn’t have possibly allowed himself to be eaten, but pride of angry lions may be seeking revenge for the death of their boss. 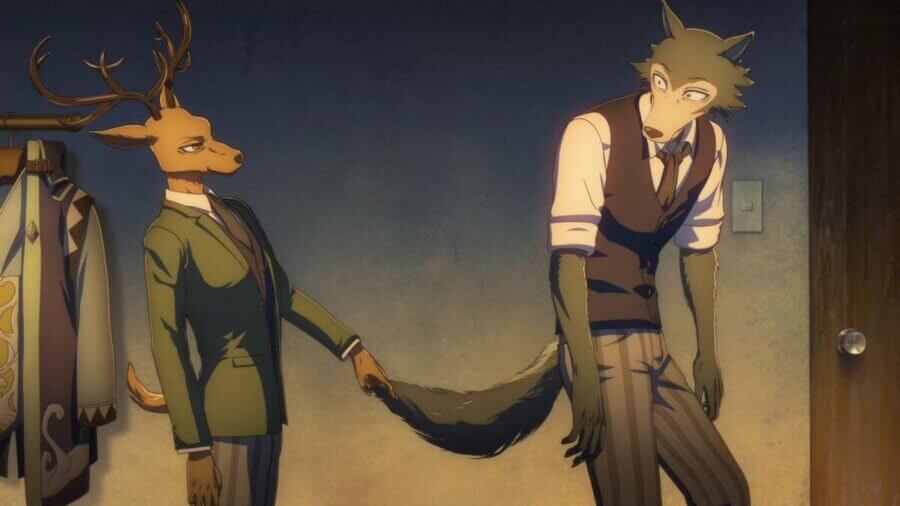 Louis and Legoshi have a strange friendship – Copyright. Orange

Tem’s killer to be revealed

One of the biggest questions that remain unanswered is the identity of Tem’s killer?

The only clues we’ve had so far is the killer takes medication, is huge as it towers over Legoshi, and must be a member of the drama club.

There are a handful of carnivores in the drama club, but which one would have been the likeliest to kill Tem the alpaca? The tiger Bill has already shown to have eaten herbivore meat, did he take it one step further and eat his fellow classmate? 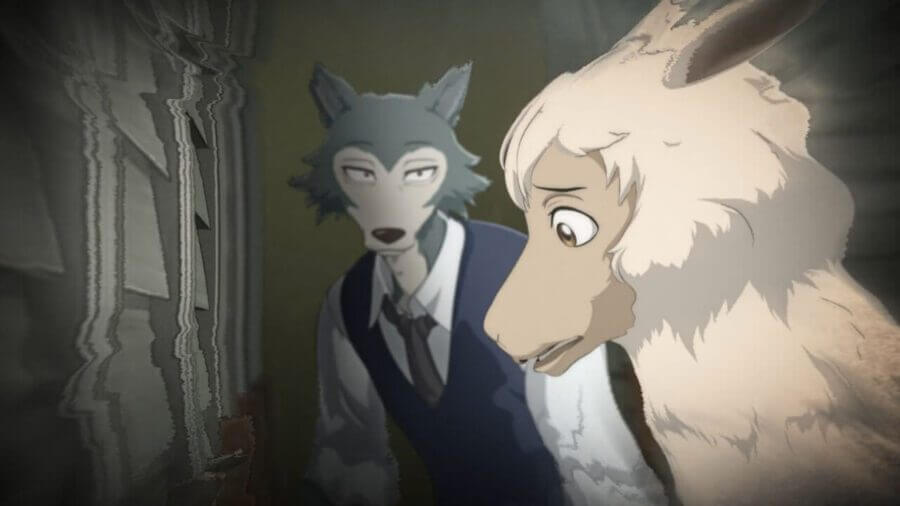 Can we expect to see a third season of Beastars?

Beastars has grown immensely in popularity since the anime release so we’re expecting to see more than just two seasons of the series.

Taking into consideration that at the time of writing this update, the Beastars manga ended after 192 chapters. This would heavily suggest that we have of least another two seasons of Beastars coming to Netflix.

Are you looking forward to the second season of Beastars? Let us know in the comments below.