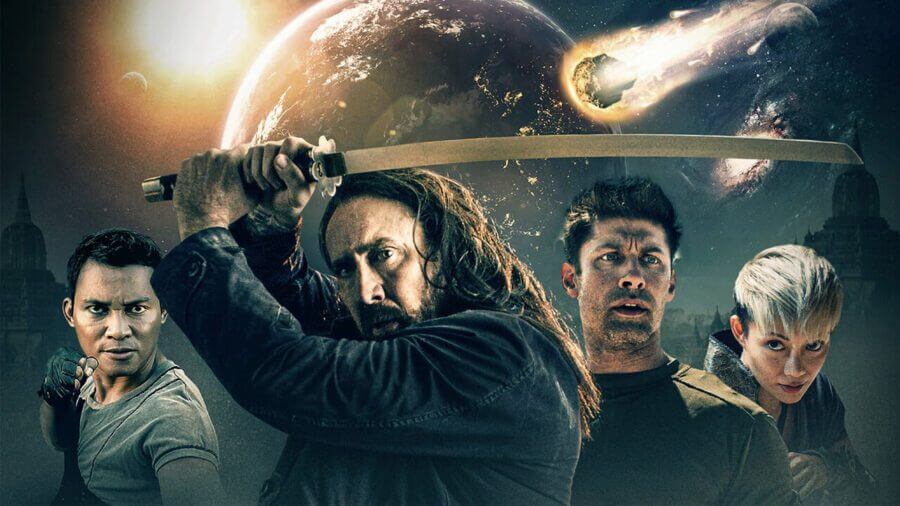 One of the movies that did manage to release in 2020, Jiu Jitsu will be heading to Netflix US in March 2021 for its SVOD premiere. The sci-fi martial arts movie lands on Netflix on March 20th, 2021.

Based on the 2017 comic book of the same name, the movie is directed and written by Dimitri Logothetis who is mainly known for his work and involvement in fighting-based movies including the Kickboxer movies, Sleepwalkers and Wings of the Dragon and The Lost Angel.

Jiu Jitsu follows the events of an alien invasion where an ancient order of jiu-jitsu fighters arm up to battle them.

Among the cast for the feature is Frank Grillo, Marie Avgeropoulos, Tony Jaa, Rick Yune, Eddie Steeples, JuJu Chan Szeto, Alain Moussi, and the man and legend himself, Nicolas Cage.

The movie did get to release in a limited number of cinemas last year and was also made available on VOD platforms. Netflix’s addition will mark its SVOD debut. The Avenue Entertainment distributes and the original budget of the movie was reportedly upwards of $25 million.

Only Netflix US is currently expected to see the movie added in March 2021 with other regions unknown. It could be the case that Netflix adds the movie in other regions later – check with your Netflix apps for the latest.

Unfortunetely, the movie failed to leave much of a mark on those that saw it. In fact, it’s one of the lowest-rated movies of 2020 with an abysmal 2.9/10. Some referred to the movie as watching a war crime in real-time and others were more accepting of what it was as a meme-filled martial arts movie that shouldn’t be taken too seriously.

Critics weren’t particularly impressed either. The movie currently sits at 27 on Metacritic. Polygon’s review was perhaps the kindest saying that the action was “exciting”. WSJ’s John Anderson said the movie “will probably tickle hardcore martial-arts and samurai movie fans”.

Will you be checking out Jiu Jitsu when it hits Netflix towards the end of March? Let us know in the comments down below.