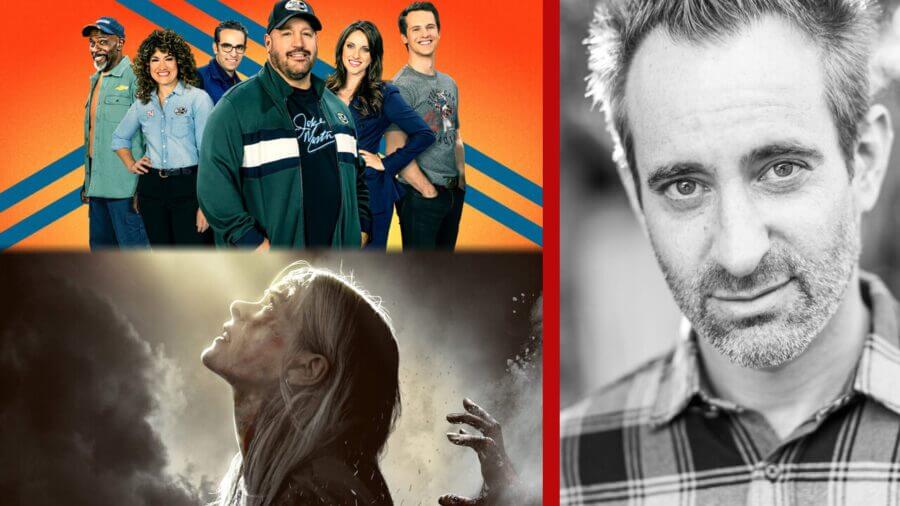 We managed to nab an exclusive interview with music composer, Alec Puro who talks about his two projects with Netflix and his thought process into the TV series (which couldn’t be more different from each other). Other credits of Puro’s includes The Fosters, The Art of Getting By, Wicked Tuna and The Mighty Ones.

Alec Puro serves as the show’s composer for Netflix’s latest sitcom The Crew, creating the retro rock tunes that we hear throughout the series, highlighted most during the catchy main title sequence. When Puro is not scoring the comedy series for Netflix, he’s being fully encompassed in the zombie apocalypse, Black Summer, which he begins scoring long before the show is even shot. To learn more about the composing process for these two, very different shows, we spoke with Puro exclusively below.

WON: Andy Fickman is the director of The Crew. Can you talk about his main notes for how he envisioned the score to sound?

Andy Fickman is such a great director!  In TV though when it comes to music, I mainly get my notes and creative direction from the show runner/creators of the show.  In this case I worked with Jeff Lowell very closely to find the sound of the show and refine it as episodes began to lock. From the outset Jeff really wanted to infuse a slight throwback or retro sound into the theme and score to compliment Kevin James’ character who has been in the racing game for years.  We end up with a driving seventies hard rock retro type sound that not only compliments Kevin’s character, but also the NASCAR backdrop for the show.

Once we landed on the right feel and tone for the main title theme, we decided to extend it into a longer piece that could play over the end credits to bookend each episode.

WON: The Crew is a 30-minute, multi-cam, comedy series. With multi-cam shows, is there a specific formula that composers are supposed to follow? Opposed to a longer, horror series like Black Summer.

I’m not sure there is a specific formula when you score a multi-cam comedy, but usually the overall sound of the show is derived from the main title theme.  In the case of The Crew, once we figured out what the main title theme was going to be, I was able to create a ton of sub-themes based on that sound and feel for all the transitions and underscore in the show.

WON: The Crew has a lot of quick musical hits. Are each of these hits different for each episode? How many of these did you create for Season 1?

All of the score transitions are different for each episode and for the most part don’t get re-used too often.  Sometimes if we are trying to call back a theme from a different episode one of them may be re-used or reimagined.  I think I created around sixty or seventy different transition cues for season 1.

WON: The Crew is obviously a lot different show then Black Summer. How different was the pre-scoring process for these shows? What did you do before beginning work on them?

For The Crew, we really started by focusing in on the main title theme and what the overall show sound was going to be.  This process began months before the show started shooting.  We had lots of creative conversations and from those I wrote multiple themes in different directions and feels until we figured out what was going to work best for the show.

With Black Summer I also start writing months before they start shooting which is definitely not the norm on an hour show.  Usually on hour shows you start scoring to picture once episodes are close to locked and ready to go.  With Black Summer I’m given the creative freedom to really experiment with different sounds and tones to find what will work best for that season.  We have an initial creative conversation and then I take a couple months to experiment and write around twenty or so three-to-four-minute pieces.  When they start editing, those pieces set the thematic tone and pace for each episode.  From there I begin scoring to picture and composing other themes and cues as we go.

WON: Can you talk about how you got involved with Black Summer? How would you describe the score for Black Summer?

The score for Black Summer creates a very dark, atmospheric and electronic heavy soundscape.  With Black Summer I take a more minimalistic atmospheric/ambient approach which I feel really helps enhance what’s happening on screen. I work very closely with the sound designers on the show to create a seamless soundscape between the score and sound design that doesn’t distract from what’s happening in any given scene but enhances everything in a realistic and terrifying way.

WON: Do you have a favorite musical moment from Season 1 of Black Summer?

In the Diner episode for the “Weapons” chapter I really enjoyed creating a simple yet effective cue that signified a major turning point for Rose (Jaime King) that changes her trajectory in the series.  I also really like how each end credit sequence in every episode played out a different one of my themes in its entirety.

WON: How do you think your score will be different in Season 2, if at all?

Season 2 of Black Summer has a whole new set of themes that reflect the new surroundings and characters within the show.  I am also building upon previous themes from season 1 but

the sound of the show has definitely evolved and is even more refined and targeted in this new season.

WON: Has there been anything you read online about Black Summer that has surprised you?

The biggest surprise I read online when season 1 came out was a twitter post from Stephen King praising the show.  He said, “BLACK SUMMER (Netflix): Just when you think there’s no more scare left in zombies, THIS comes along. Existential hell in the suburbs, stripped to the bone.”