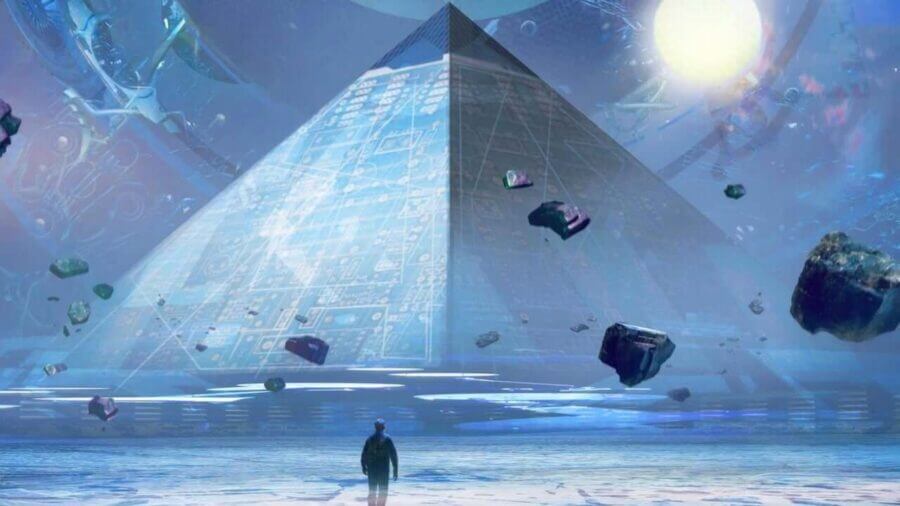 Originally titled Three-Body Problem, Netflix has officially greenlit The Dark Forest: a sci-fi drama created by True Blood‘s Alexander Woo and Game of Thrones writers David Benioff and D. B. Weiss. The Dark Forest is an adaptation of the award-winning Chinese book trilogy names Three-Body Problem, written by Liu Cixin. Netflix struck a deal with The Three-Body Universe and Yoozoo Group for the rights to produce an English-language adaptation of the books. The sci-fi drama will be produced by Game of Thrones duo’s Bighead Littlehead production company and will be one of the many projects in their overall deal with Netflix after the feature film Metal Lords. 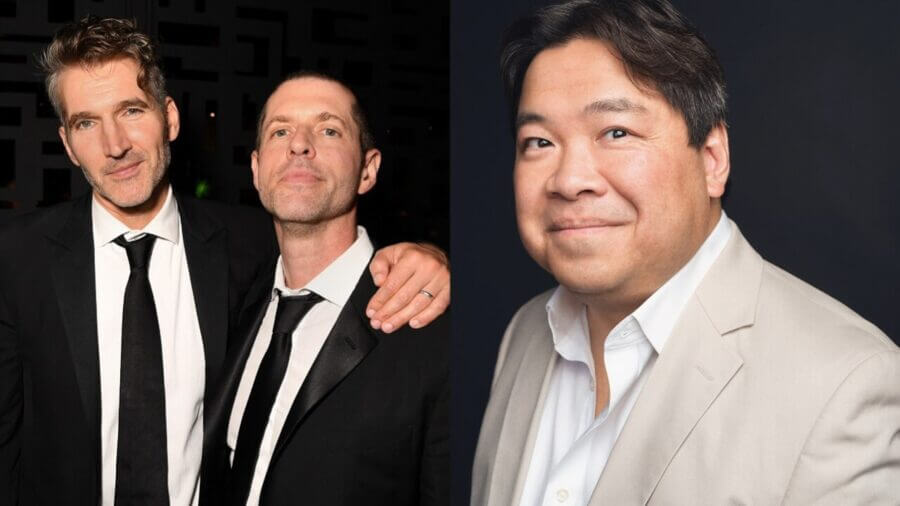 In an official press-release Benioff and Weiss offered their comment on adapting the Chinese book series into television:

“Liu Cixin’s trilogy is the most ambitious science-fiction series we’ve read, taking readers on a journey from the 1960s until the end of time, from life on our pale blue dot to the distant fringes of the universe. We look forward to spending the next years of our lives bringing this to life for audiences around the world.”

“It’s a privilege to be adapting one of the great masterpieces of Chinese science-fiction. The Three-Body Problem trilogy combines so many things I love: rich, multi-layered characters and true existential stakes – all told as an elegant and deeply human allegory. I’m thrilled to kick off my partnership with Netflix with this accomplished creative team.”

Attached to the sci-fi project as executive producers are also Star Wars and Knives Out director Rian Johnson as well as actors Brad Pitt and Rosamund Pike. It is currently unknown whether Rian Johnson will also serve as a director. Johnson is no stranger to television as he helmed the iconic Breaking Bad episode “Ozymandias” several years ago.

In September 2020, The Dark Forest became the subject of a controversy as five US senators sent a letter to the Netflix president Ted Sarandos accusing the streaming service of normalizing the Chinese government’s brutal incarceration of more than 1 million Uyghur Muslims. The reason for this were the comments made by author Liu Cixin condoning Chinese government’s actions.

Netflix responded shortly after, firmly standing their ground on moving ahead with the project while detaching themselves from Cixin’s controversial comments:

Sometime in early 2021, the new series was given a new title: The Dark Forest, named after the second novel of Cixin’s trilogy. We can only guess the reasons for that, but the controversies could have played their part.

What is the plot of The Dark Forest?

Written by Chinese author Liu Cixin, the three books in his trilogy tell the story of the first human contact with alien life from the planet called Trisolaris and the conflict between the two species that starts to brew over many years. Without getting into major spoilers, one of the main leads, Ye Wenjie is a scientist who gets disillusioned by the government and humanity in general and willingly causes the Trisolarians to discover Earth’s location and prepare for invasion. It would take them a couple of centuries to get to Earth so humans still have time.

Years later, Ye is the leader of a secret organization of alien invasion supporters. The group has broken into two factions: those who want Trisolarians to invade and forcibly improve humanity and those who want the Trisolarians to exterminate humanity. The aliens on their part have been conduction various forms of espionage over the years causing mysterious cases of deaths, suicides and disappearances of key scientific figures. As the years pass, the conflict becomes closer and tenser.

Here is the new official logline for Netflix’s The Dark Forest:

In The Dark Forest, Earth is reeling from the revelation of a coming alien invasion-in just four centuries’ time. The aliens’ human collaborators may have
been defeated, but the presence of the sophons, the subatomic particles that allow Trisolaris instant access to all human information, means that Earth’s
defense plans are totally exposed to the enemy. Only the human mind remains a secret. This is the motivation for the Wallfacer Project, a daring plan
that grants four men enormous resources to design secret strategies, hidden through deceit and misdirection from Earth and Trisolaris alike. Three of
the Wallfacers are influential statesmen and scientists, but the fourth is a total unknown. Luo Ji, an unambitious Chinese astronomer and sociologist,
is baffled by his new status. All he knows is that he’s the one Wallfacer that Trisolaris wants dead.

The Three-Body Problem, the story of humanity’s first contact with an alien civilization inspired by @cixinliu’s renowned novel, will be adapted as a Netflix series from David Benioff, D.B. Weiss and Alexander Woo. pic.twitter.com/Dily05j2Vw

The book author himself, Liu Cixin, is very excited and proud of this partnership with Netflix:

I have the greatest respect for and faith in the creative team adapting ‘The Three-Body Problem’ for television audiences. I set out to tell a story that transcends time and the confines of nations, cultures and races; one that compels us to consider the fate of humankind as a whole. It is a great honor as an author to see this unique sci-fi concept travel and gain fandom across the globe and I am excited for new and existing fans all over the world to discover the story on Netflix.

The Dark Forest is an ambitious large-scale story with many interesting characters, locations and plotlines. With luck, this will be a very big hit for Netflix.

Who is cast in The Dark Forest?

At the moment no cast members for the sci-fi drama are known to us.

How many episodes the first season will The Dark Forest have?

No official number has been given, but it would be safe to say that the first season of The Dark Forest may have either eight or 10 one-hour episodes as per the most common Netflix numbers.

What’s the production status on The Dark Forest?

Currently, no production date is known, but we do know David Benioff and D. B. Weiss may be overseeing the production of their feature film Metal Lords in Fall and Winter 2020, so The Dark Forest entering production sometime in 2021 would be a logical guess.

When will The Dark Forest be released on Netflix?

We have no official information on the release date of The Dark Forest, but if the first season enters production in 2021, it may be released sometime in 2022.