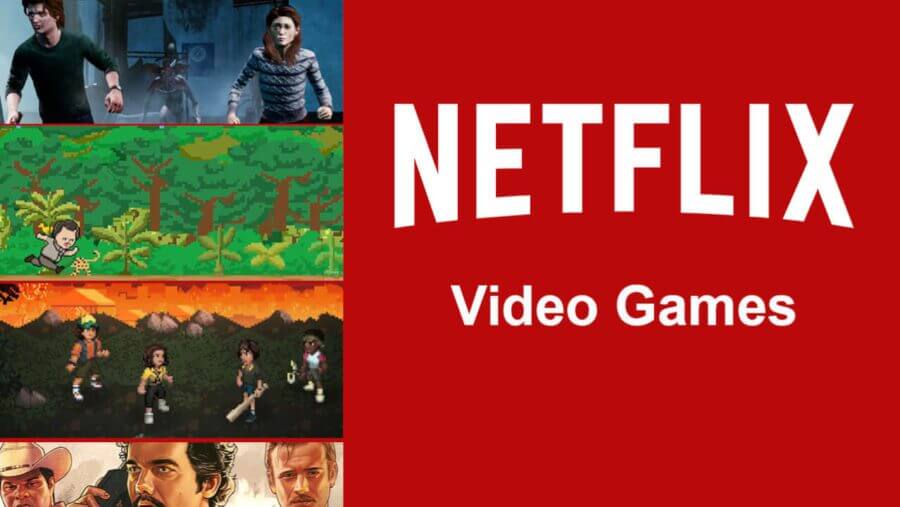 Video game IP is becoming hot property with Netflix working on close to a dozen projects that are based on video games but Netflix has also had a hand in its own video games. Below, we’ll take a look at all the video games and crossovers Netflix has had involvement with.

As we mentioned, in the other direction, Netflix is adapting a bunch of top tier gaming IP into TV series and movies including The Division, Sonic the Hedgehog and Assasin’s Creed.

We’re going to split this article into two halves. One focusing on complete video games based on Netflix Originals and the other where crossovers have come to video games.

We’re also only going to include released games, there was a very notable Tellgame in development based on Stranger Things which ultimately got canceled given the studio went under.

Full List of Video Games Based on Netflix IP

This little gem was a mobile release that saw some characters from the biggest Netflix shows at the time including Marco Polo, Narcos, Orange is the New Black and Stranger Things run in a platformer style game.

The game was complete with 8-bit renditions of the theme tunes but the game has since gone offline and is no longer available.

Of the two fully released Stranger Things games, the first one still is Netflix’s best foray into video games so far in our opinion.

The top down 2D game reminiscent of the first Grand Theft Auto game has you exploring the town of Hawkins while searching for clues and completing puzzles.

For the second game based on Stranger Things, BonusXP returned and upped the ante with new characters, a new look, an expanded story, and a wider release on multiple platforms including PlayStation, PC, Xbox and Switch.

Releasing on virtual reality devices, this extremely short experience saw you in Will Byer’s house and a series of events eventually leads to a jump scare. The experience takes less than 5 minutes to complete.

Narcos: Rise of the Cartels

One of two strategy games now includes taking on the cartels with this top-down strategy combined with a third-person shooter which can be compared to the likes of XCOM.

Reviews were often critical calling it a half-baked experience.

Based on the now-canceled Dark Crystal reboot series for Netflix, this turn-based strategy game sees you fighting off the Skesis with the Gelflings.

The game follows the same beats as the story in the main Netflix series with added comic strips to help aid the story along.

Reviews weren’t overly kind for the game criticizing it being hollow and poorly designed menu systems.

Minecraft has seen many crossovers with other massive IP in the past and it was only a matter of time before Stranger Things hit. It did so in late 2017 with new skins for Mike, Dustin, Lucas, Will, Eleven, Joyce, Hopper and many more.

Fortnite is often considered to be the biggest video game of the past decade and saw a small yet notable cross-over with Stranger Things. A number of upside-down portals were added to the game before two skins eventually made their way onto the game including an outfit for the Demogorgon and Hopper.

The gate has been opened.

Get the new Stranger Things set from the Item Shop now including the Chief Hopper and Demogorgon outfits and Vines Wrap! #FortniteXStrangerThings pic.twitter.com/q8OhyWnWdW

Stranger Things with Dead by Daylight

The biggest (and best in our opinion) crossover Stranger Things has had thus far is when the Demogorgon was added to the monster video game Dead by Daylight. The video game sees several survivors pitted against various hunters and this DLC added the Demogorgon.

Alongside the new killer Demogorgon and survivors Nancy Wheeler and Steve Harrington, a new map was released called The Underground Complex that’s set beneath the Hawkins National Laboratory.

Have we missed any Netflix video games or crossovers? Let us know in the comments down below.